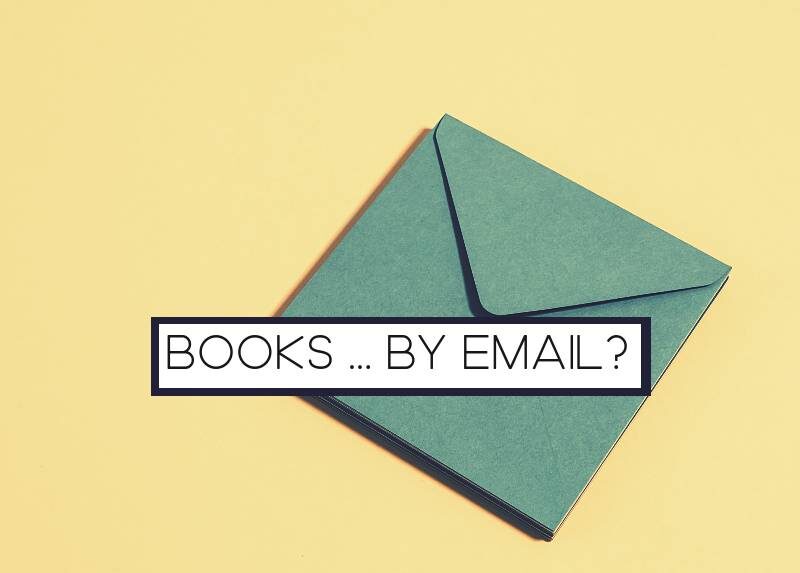 Would you subscribe to a book in email instalments? More publishers are dipping a toe into digital serialization – sometimes to great effect. But what’s it like?

Reading in bite-sized morsels sounds like the epitome of the digital age – an era rife with streaming TV, TikTok videos, newsletters and podcasts, all delivered in snackable chunks. You might say books are already in on the act, given how many are snapped up and serialized by streaming platforms.

But while we’re used to consuming culture episodically, there’s one trend yet to take off: reading books digitally, in email instalments.

In October 2022, The Orwell Foundation began serializing George Orwell’s Down and Out in Paris and London. First published in 1933, chapters from the book now ping once a day into email inboxes everywhere – including mine. Is serialization a dead horse, or a badge of modernity?

The oldest trick in the book

Serialization is nothing new. Publishing books via magazines and newspapers peaked in popularity during the 19th Century. Charles Dickens’ The Pickwick Papers, was published in 19 instalments and was a ruddy sensation before appearing in book form in 1837.

Sir Arthur Conan-Doyle wrote short stories about detective Sherlock Holmes for Strand magazine. War and Peace (Tolstoy), Crime and Punishment (Dostoevsky), The Count of Monte Cristo (Dumas) and countless others were similarly written for and published in instalments.

Serialization made sense for publishers, who could test how well a title might do before committing to the expense of a full book. And readers could spread the cost of books, serialization effectively letting them pay in instalments, too:

“Magazines and newspapers were even more affordable and many offered two or more novels running concurrently.”

The glory days of books-in-bits inevitably waned after the 19th Century – though not all writers gave up on it.

Coming to an inbox near you?

This kind of serialization is a tougher sell in the 21st century. For one thing, newspapers and magazines are no longer fiction’s cheaper cousin. Unless you’re already a loyal reader, the cost of sequential issues quickly eclipses buying the book outright.

Our access to immediate entertainment is a bigger barrier. When you can binge-watch TV box sets on demand, or gulp down eBook titles the same day they’re released, why read a book on someone else’s schedule?

Well, arguably it’s that clash of the cultural habits we have, and those that feel more ‘meaningful’, that add to the appeal of serialized books.

Moreover, if you find it easier to skim Reddit than sink into fiction, email editions can feel like a happy middle ground, especially if you’re already getting newsletter content. This kind of piggybacking is touted as a key to habit formation.

Email and newsletter books typically come in chapters or small segments, making them – as content marketers like to say – “snackable”. Even keen readers can struggle to find the time to read, whereas most of us make time to check email (every three minutes, apparently).

Reading a book by email is exactly like reading an eBook, with a couple of key differences:

As for Down and Out in Paris and London, the email format highlights a couple of tricky issues. Orwell’s illustrations of poverty feels painfully relevant during the UK’s cost of living crisis, but other descriptions belong to a different, dodgier time.

One episode describes the rape of a sex worker. Not only does the immediacy of email give it a more disturbing quality, but with no content warning, it feels intrusive (and is potentially traumatic to readers who’ve experienced sexual abuse).

Other chapters are peppered with antisemitism. Is there anything ‘casual’ about racism when you’re on the receiving end of it? The organisers address this by linking to context that explore the book’s racism.

Ironically, this is one of the benefits of reading by email. With a day or more between chapters, there’s time to think about what you’re reading and delve deeper. (It’s hard to imagine this slow burn would appeal when reading a pacey crime thriller, though.)

Of course, beyond the newsletter’s publishing schedule, there’s no expectation about how you dip into your subscription. Whether you enjoy the freedom depends on your email habits: leave chapters to pile up, and it may feel like yet another newsletter you don’t have time to enjoy.

The rise of digital serialization?

Email subscription services have come and gone, suggesting the concept struggles to find a consistent foothold. Still, there are reasons to stick with, champion and develop the concept.

Like most Substack newsletters, Orwell Daily comes in free and premium flavours. Paying subscribers can post public comments, but chapters are delivered to all readers regardless.

That accessibility and affordability feels important. It’s a bit like belonging to a community library, a poignant comparison given the challenges facing public libraries in the UK.

Book subscriptions aren’t always free, though. Chuck Palahniuk and Salman Rushdie have released fiction via Substack, giving paying subscribers advance or exclusive access. And, presumably, it’s only a matter of time before a paid monthly subscription service kicks off … or publishers start pasting adverts into chapters.

On the other hand, even a few free email chapters may convert to sales. Two weeks into Down and Out in Paris and London, I’ve considered just buying or borrowing the book outright and binge reading it. Or “reading”, as it’s known.

There are also instances where email is perfect for book serialization, though. The Dracula Daily project, also on Substack, sent readers chapters according to the dates of letter and journal entries in Bram Stoker’s novel, transforming it into a kind of live-stream text adventure.

Email is ripe for fresh approaches like these. It’s fascinating to think that in the future, that might include your favourite literary characters sending diary entries and letters right to your email inbox. TBC? Evidently.

Ambiguity of existence: Do Androids Dream of Electric Sheep? explained