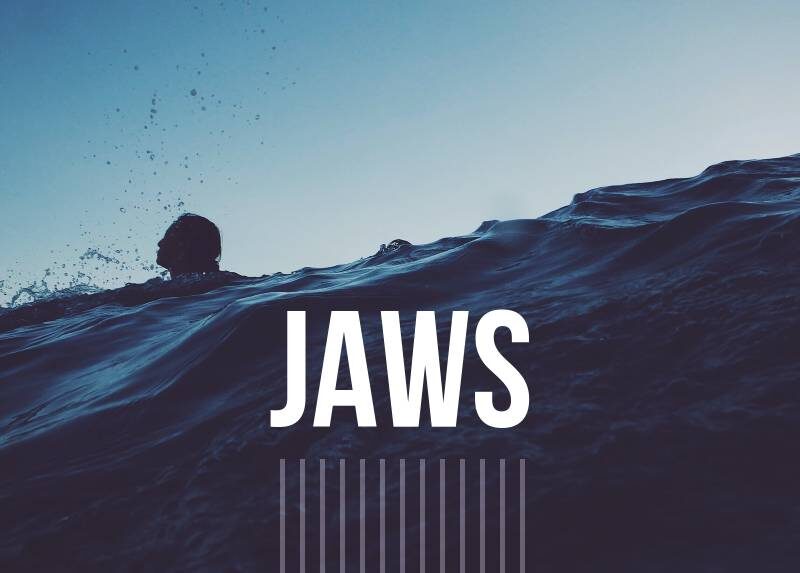 1. It’s not just about the shark

Peter Benchley’s novel Jaws isn’t really about a killer shark. Instead, the appearance of a man-eating shark in Amity is a framing device.

In the film, this puts the spotlight on how characters react under pressure. In the book, it highlights a town battling to stay afloat financially.

The town is so heavily reliant on tourism that, “Even after the best of summers, Amity winters were rough. Three of every ten families went on relief”. Thus the book makes clear why residents want to keep the beaches open, even though it could put lives at risk.

2. There’s an affair. And the Mafia

The main portion of the book is almost entirely devoted to one thing: the affair between Ellen Brody and Matt Hooper.

In the film, both characters are allies for Chief Brody. Here, they have their own secret, selfish agenda – one which works to undermine Brody rather than support him.

Equally surprising is a subplot involving Mayor Vaughan and the Mafia. The mob even go so far as to murder Brody’s cat but, truthfully, this whole subplot seems excessive for a story which already has a deadly killer.

3. Ellen Brody has a much larger role

Ellen Brody doesn’t have much depth in the film: she’s just there to support Chief Brody. This role is shattered in the book by Ellen’s affair with Hooper – yet it comes about precisely because Ellen is a complex character in her own right.

Like the town, Ellen is trying to ‘weather a storm’, though in her case, the threat is from ageing. She also wonders if she married beneath her – a conflict which eats away at her for years (unlike in the film, the Brodys have always lived in Amity).

The arrival of Matt Hooper – who belongs to Ellen’s old social set – is a key that unlocks this pent-up unhappiness:

“The past – like a bird long locked in a cage and suddenly released – was flying at her, swirling around her head, showering her with longing.”

4. There are ambiguous racial undertones

The book hints at racial tensions that the film wisely avoids. On one hand, these tensions are part of the deeper treatment given to the town itself. On the other, they’re based on cliché, or throwaway symbolism.

For example, there’s a suggestion that a Black rapist is stalking Amity (but Brody and Meadows decide to keep it quiet). Later, Ellen casually brings this up again to Hooper as a kind of foreplay: “I’ve heard that some women have fantasies about being raped by black men but I never have.”

So the spectre of the ‘Black bogey man’ lingers in the background pretty much as the shark does, but it’s a pairing that just doesn’t sit right or fairly.

5. You can’t trust the media

Given Benchley was a reporter for the Washington Post, it’s strange for his book to cast such a cynical eye on the role of the press.

In the book, Brody and newspaper editor Harry Meadows work together to control the town’s reputation, sometimes by deliberately burying news.

It’s also Meadows, more than Vaughan, who manipulates Brody into keeping the beaches open once the shark attacks begin.

On another occasion, journalists are shown with an almost cannibalistic thirst for breaking news. One film crew is even happy to record events as a young swimmer almost becomes one of the shark’s victims.

Peter Benchley plays a journalist in the film

6. Quint only appears at the end of the book

Quint’s surly masculinity is every bit as memorable on the page as it is in the film – yet he only appears at the end of the book. Most notably, there’s no hypnotic speech about the USS Indianapolis, as that was entirely created for the film.

7. Quint, Brody and Hooper hate each other

Quint, Brody and Hooper aren’t exactly the three amigos on-screen, but they have their moments. In the book, however, not only does Quint detest Hooper, but so does Brody, who suspects Hooper’s affair.

As a result, this section of the book – the boat scenes – could be a standalone short story in its own right, full of tension and terse, economic writing.

Quite jarringly, though, rather than being adrift on the high seas as in the film, the Orca returns to Amity every evening!

The film plays with this aspect of the original story quite cleverly. After the audience assumes Hooper is dead, he reappears victoriously at the end of the movie. In the book, he dies, graphically and quite cruelly (possibly as a kind of justice for his affair).

9. The ending is underwhelming

While Quint dies in both the book and the film, the film makes quite a meal of it (pun intended – sorry, not sorry).

In the book, Quint’s death is an accident, and is over in a few words. And a few words after that, the book is over, too. Rather than succumbing to Chief Brody’s smart shooting and pithy one-liner, the shark just … dies, and that’s that.

Spielberg’s treatment of Jaws works hard to make Brody someone we care about by casting him as an underdog.

But in the book, many of those devices aren’t there. Brody has always lived in Amity, he’s morally ambiguous, and doesn’t have quite so many obstacles to overcome.

Michael A. Rogers of Rolling Stone went further: “None of the humans are particularly likable or interesting”, he said, adding that the shark was probably his favourite character.

‘Flaws’: the film that went wrong

The making of Jaws has become a legend all of its own. There were problems with the script, the shoot and – most notoriously – with the model sharks built for the film.

Some of these difficulties explain departures from the book. For example, Hooper survives in the film because Spielberg wanted to use footage of a cage attack that shark experts Ron and Valerie Taylor unexpectedly caught on camera.

More significantly, though, production issues created some of the most memorable aspects of the film – such as using barrels to hint at the shark’s proximity and intelligence, because the model sharks kept rotting.

For more on the inside story, see Why the shark isn’t the biggest villain in Jaws, the Inside Jaws podcast, and this rather entertaining Wikipedia summary about the film.