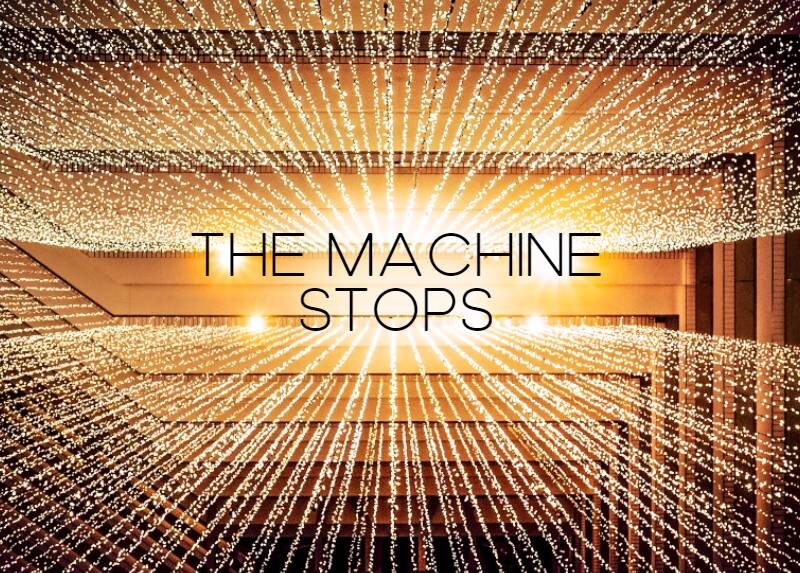 E.M. Forster didn’t just predict the internet in his 1909 short story The Machine Stops – he foresaw the dangers of going digital.

Edward Morgen Forster is best known for novels about love and duty, including A Room with a View (1908) and A Passage to India (1924). But he also wrote short stories, including The Machine Stops (1909).

In it, Forster describes how future humans adapt to technology – and how it eventually destroys them. The story is striking for predicting not just the internet, but how we rely on it.

Remarkably, Forster was writing around 30 years before the first digital computer. TV and telephones were still in their infancy. By speculating instead on human nature, Forster was still able to predict the world we now inhabit:

What’s remarkable about the world Forster imagines is that it’s conceptually foreign to the age he lived in. Books only existed in print, and music ‘on demand’ meant attending live performances or listening to gramophone recordings.

The innovations Forster describes are about consumer convenience: entertainment, education and hot and cold water at the touch of a button. But this kind of ease did already exist – for those who could afford it, or who had servants to fill baths and fetch newspapers.

His future forecast is less about social levelling as predicting how consumer expectations might evolve among the middle classes, and how they in turn might adapt it to their preferences.

Is it a prediction or a warning?

For those who live under The Machine, everything is automated. There’s no need to leave your room (or your chair – even these are mechanical).

When Vashti visits her son in person, it sends her into a panic. She’s repulsed by other people and the natural world, and is completely reliant on the sterile conformity of the machine age. It’s not just her. Humans are so divorced from the messy, imperfect natural world that they can’t survive without the machine.

Forster’s story is compelling because he writes of an age he could only imagine. His portrayal of human nature is what makes it accurate – and what makes the predictions particularly chilling.

Like the characters in the Forster’s short story, we’re in thrall to the power of digital. We can access all the knowledge we want – yet the world feels ever more uncertain. Do we heed the warning of The Machine Stops … or do we keep calm and click on?

Inception (2010) explained: back to reality