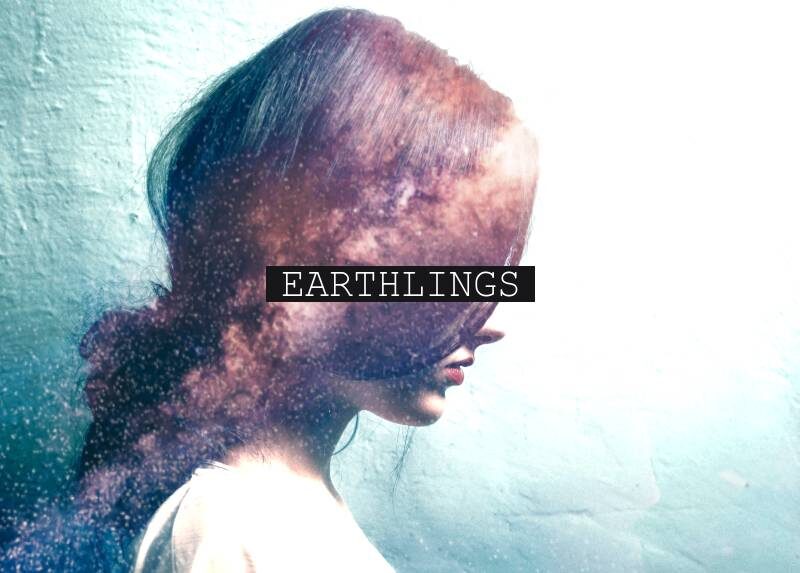 A textual analysis of Earthlings and Sayaka Murata’s controversial, disturbing dystopia – where hell is other people.

What is Earthlings about?

Eleven-year-old Natsuki Sasamoto is going to her grandparents’ home high in the Akishina mountains. Every summer the extended family gathers here for Obon, a Buddhist ceremony to remember the ancestors. But what begins as holiday nostalgia gives way to darker memories that threaten to destroy Natsuki long after she grows up.

Like Convenience Store Woman, Earthlings is about characters at odds with family, community and society.

Unlike Murata’s earlier novel, however, it deals with taboo themes in rather graphic detail, including child abuse, underage sex and cannibalism.

If that sounds far-fetched, it reflects the book’s approach. Earthlings weaves a kind of absurdist modern fiction, which in turn calls out the absurdity of modern society – not just in Japan, but recognisable everywhere.

There are parallels too in the tropes and stylings of contemporary Western fiction, such as Angela Carter’s revisionist fairy tales, and the alienation and trauma of Fight Club.

Earthlings is a short read, but it asks difficult questions about how we treat each other. It’s a recognisable follow-up to Convenience Store Woman, and it throws light on society and its so-called outsiders as significantly as Carter and Palahniuk.

This article unpacks themes and responses to Earthlings – with spoilers. Like the book, it may not be suitable for everyone.

Earthlings may not explicitly invert Western fairy tales, but there are echoes of narratives that are likely familiar to many readers:

It would be comforting to resolve Earthlings’ tricky subject matter as a revisionist fairy tale. Yet while the little girl does indeed slay the wolf, there’s no happy ever after.

Similarly, the book’s real horror isn’t from supernatural elements but the intense loneliness of its children, and the evil done to them.

Earthlings is an ambiguous, fantastical tale that almost masks its simple premise: it’s about a child who’s abused by the adults who should look after her.

Natsuki’s story works in a few ways. Firstly, it’s a frank recollection of abuse, at times recast as fantasy – similar, perhaps, to the way children interpret things they can’t quite grasp.

As a survival manual, it also explains Natsuki’s strategy for coping. She has to put distance between self and society to stay alive … though it’s not enough to stop the psychological damage.

She calls herself a magician. That is, she gives herself the power to defeat her abusers because adults won’t help. She later uses the power in what she believes is a literal sense. She kills her teacher – but experiences it as a Disney-style battle of inanimate objects and good and evil.

Natsuki comes to see herself as an alien for similar reasons (so do her husband Tomoya and cousin Yuu).

In fact, the alien metaphor is inseparable from alienation, i.e., isolation. Natsuki can’t conform to society because its rules don’t stand up to examination.

However, she also nurtures the idea of being alien as a way of dissociating from her teacher’s sexual abuse, as well as her mother’s gaslighting and cruelty.

As an alien, Natsuki is also able to observe society, which she calls a factory. She says Earthlings – other people – are tools that only exist to breed.

In fact, this mirrors Natsuki’s experiences. Adults use her for their sexual and psychological relief then pressure her to conform to society. Ironically, that would mean becoming just like them … with all that implies.

The darkness close by

Natsuki’s experience of childhood – such as it is – colours the narrative. If white dominates sci-fi novel Fahrenheit 451, Earthlings returns again and again to the blackness.

The memories at the start of the novel slide from the Akishina landscape to “the color of outer space”. The phrase and imagery repeats throughout the text, in keeping with her alien identification.

Later, the imagery denotes her dislocation from self and surroundings. When she recalls her mother’s psychological abuse, Natsuki describes how gripping her thumbs could “make darkness inside my hands so black that it was almost the color of outer space.”

But the blackness of outer space has bigger implications. The darkness lurking in the novel’s opening sentence is significant with hindsight:

“Deep in the mountains of Akishina where Granny and Grandpa live, fragments of night linger even at midday”

She adds: “That was where the pitch-blackness was.” The memories are laced with a sense of alienation, but also the sorrow of a childhood distorted by abuse.

The colour code is disturbingly apparent in Natsuki’s recollection of sexual abuse, too. Igasaki’s preoccupation with the colour of her underwear, for instance, later followed by descriptions of blood, the pink wings of a sanitary napkin, and Natsuki’s beige underpants.

And yet, for the most part, the rest of the book is somewhat colour-less, returning repeatedly instead to the dark.

In The Matrix, protagonist Neo learns that reality is an illusion, and humans are merely batteries for machines. Natsuki has a similar perspective:

“My town is a factory for the production of human babies.”

Humans have two functions. They trade labour for food. And they must have sex and produce children.

As such, Natsuki notes, her womb doesn’t belong to her – it’s a factory component (compare also how society argues for and against abortion).

This is how Mr Igasaki treats her, as a sexual tool. But when she sleeps with Yuu to neuter Igasaki’s touch, the adults are enraged. They’re disgusted by precocious sexuality, yet overlook child abuse by adults.

The social gaze remains proprietary and intrusive when Natsuki grows up. Friends and family demand to know if she’s having sex and when she’ll get pregnant. Her parents see her sexual success as a reflection on their honour; they’re literally invested in it.

Is this worldview social indoctrination or a response to abuse? Perhaps it’s a bit of both.

Adults invert their roles – mother, teacher – to do terrible things. Unsurprisingly, Natsuki inherits a worldview that softens the violence; it answers the ‘why me?’ of trauma.

For instance, when Mr Igasaki assaults her, Natsuki has an out of body experience that [marginally] shields her from the horror. But she notes:

“I’d thought I wasn’t yet a fully fledged member of the Factory, but actually I was already one of its tools after all.”

Seeing family and community as extensions of a factory workflow explains a merciless world. And, disturbingly, it reflects the way things really are for Natsuki, who exists as a sexual tool for her teacher, and as a “dumpster” for her mother’s rage.

The dangers of nonconformity

Natsuki doesn’t care for the things she’s expected to embrace: sex, children, career. She’s similar to Convenience Store Woman’s Keiko in this respect – possibly suggesting autism and asexuality, but also that Natsuki isn’t merely a product of abuse. She has her own complex way of seeing the world.

“I just thought that matching myself to others might help reduce the chances of causing offense if, for example, my words came across as too tense or gloomy or perhaps too curt and cold.”

The factory worldview has implications for individualism, though.

Nonconformists like Natsuki are invisible because others aren’t interested in them beyond their use as tools. Natsuki and Tomoya are able to exploit this. Their phoney marriage is a cover for their nonconformity:

“with this arrangement we really did slip past the gaze of relatives and friends and others who lived in the neighborhood.”

Yet at the same time they’re hyper-visible, always under surveillance by the factory’s agents (typically Natsuki’s twisted sister, Kise).

This pressure to conform is destructive, erupting through the text in a number of ways.

Unlike Susie Salmon, the murdered protagonist of The Lovely Bones, Natsuki is given a revenge against her abuser. She murders him with all the violence formerly done to her … it’s the wish fulfilment portion of the fairy tale structure.

As adults, Natsuki, Tomoya and Yuu embrace alienation, literally seeing themselves as aliens. Completing the transformation means casting off their human costumes.

Tomoya says forbidden activities like incest will help, and it segues into a dislocation from social habits, aided by isolation and starvation. They shed their clothes and boundaries, and appear to eat human flesh.

Earthlings ends with a grim scene, when a band of rescuers and tormentors reach the house in Akishina. They’re overcome by what they find, including the trio’s apparent starvation (i.e., bony figures with protruding bellies).

Perhaps the smell or sight of nonconformity is too much – or perhaps Natsuki’s recollection of cannibalism is the truth, and it’s this which turns the rescuers’ stomachs.

“The three of us are pregnant,” Tomoya announces. Thus they finally achieve their factory objectives (at least in some figurative sense). Their rescuers aren’t impressed, though:

“One at the back was violently throwing up.”

There’s the quietest of echoes in this with Mr Igasaki’s words much earlier in the book:

“Natsuki, you have to swallow it properly. Like this!”

The book circles back to regurgitation in the same way it repeatedly comes back to the same question: do you see the child abuse?

Natsuki’s mother won’t hear of it. The adults in Akishina see the result of child sexualisation, yet don’t ask where it comes from. They’re disgusted by Natsuki and Tomoya’s asexuality, but not by the systemic rules that mask child abuse. Like the town in 2015 film Spotlight, they collude in various ways not to disturb these structures.

At the end of the book, the rescuers cry out in shock and repulsion – and the tragedy is that it’s only for the first time.