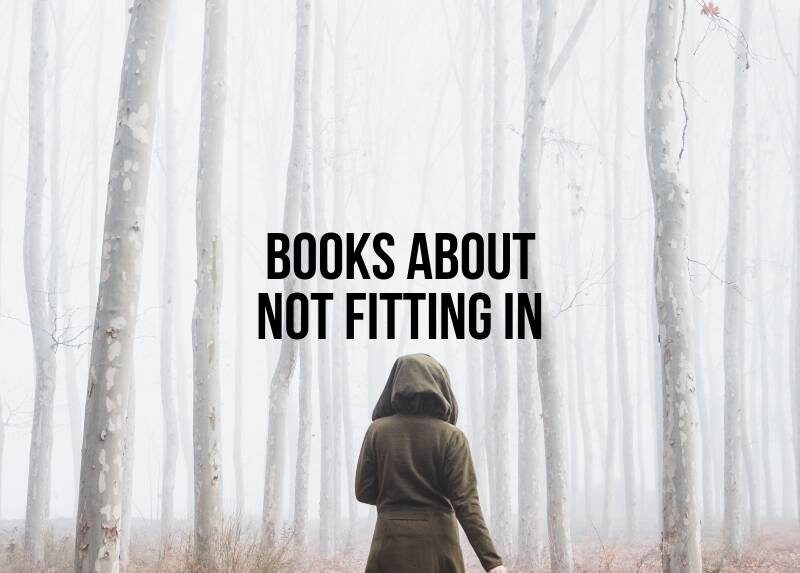 Literature loves a misfit. These books explore themes of isolation, alienation and not fitting in.

Keiko knows she’s different – and she knows that bothers her family and friends. She’s not married, has never had a boyfriend, and isn’t interested in a career: all Keiko wants is to work in the convenience store that’s become her second home. To keep others off her back, she learns how to mimic her colleagues – speaking and dressing just like them so they never get too suspicious. Eventually, however, even Keiko can’t ignore peer pressure.

Into the Wild is a non-fiction book, but it’s just as readable, affecting and memorable as any work of fiction – perhaps even more so, because it’s a true story. Krakauer pieces together the life of Chris McCandless, a young man who leaves his family to live in the wild in Alaska. McCandless wants to live on his own, free of the manipulation and hyper-consumption that comes with modern life – but it’s a journey that ends in tragedy. Krakauer also wrote Into Thin Air and Under the Banner of Heaven.

When Joanna Eberhart moves to Stepford with her husband and kids, she quickly discovers she’s not like the other wives. She’s a photographer and feminist; they’re all flawless, dedicated housewives – and all they care about is keeping house while their husbands attend the local Men’s Association. At first the isolation bothers Joanna. Then she realises there’s something disturbing about the way women in Stepford turn into smiling, empty-headed housekeepers almost overnight. Is Joanna next?

Like the ultra-millennial heroine of Convenience Store Woman, Tom Ripley is a man who only pretends to fit in. Like Keiko, Ripley also does this through mimicry – although in his case it’s to an extreme, disturbing end: he murders his friend, then pretends to be him. Ripley doesn’t do this to be liked by others, but because (like Keiko) he knows people stop interfering when they think you’re just like them.

Not all misfits are bothered about fitting in: the narrator of Goodbye to Berlin uses his alienation to observe others with great accuracy. The result is a book composed of portraits of con artists, bohemians and others trying to make a living even as pre-war Berlin decays around them.

6. The Member of the Wedding

12-year-old tomboy Frankie Addams has no friends, and claims not to care about it. Instead, she obsesses over her brother’s wedding, seeing in it a chance to be part of something, and to reinvent herself. McCullers’ bittersweet coming-of-age tale remains a timeless depiction of the terrors of growing up.

Sasha is middle aged, unmarried, often drunk, and struggling with her mental health. The story she tells in Good Morning, Midnight is almost dream-like – a series of encounters in bars and hotel rooms in which she always seems to misjudge people or say the wrong thing. This book reeks unapologetically of isolation.

The story of an alcoholic womaniser living in and alongside abject poverty … though to be fair that could be any Bukowski novel. Factotum is a compelling, tragic and unflinching look at the human condition at the edges of society.

Feckless Joe Buck dreams of hustling women for fast cash. New York city has other ideas. Herlihy’s cult novel is a tale of forgotten young men trying to carve a place in the world, only to be tripped up by self delusion and hard realities of life on the streets.