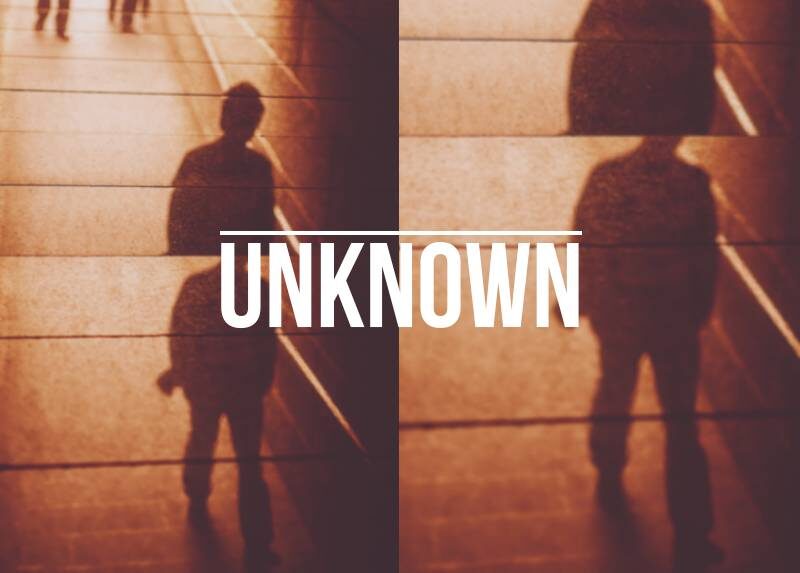 Conspiracy thriller Unknown is loaded with intriguing ideas about identity, insanity and being bad.

What is Unknown about?

Dr Martin Harris (Liam Neeson) is in Berlin with wife Elizabeth (January Jones) for a biotech conference. Then he loses his briefcase and, in the rush to get it back, winds up in a coma.

He wakes up in hospital with no ID, and no wife. Liz is back at the hotel with a stranger who claims to be the real Martin Harris.

With no way of proving he’s the real deal, our guy searches for a loophole. But it’s soon clear someone out there doesn’t want Martin Harris around at all.

Yes, this is a 2,000-word explainer for Liam Neeson thriller Unknown. No, I am not Dr Martin Harris. Spoilers.

One day you’re a vicious killer-for-hire with zero qualms about mass murder, the next you’ve forgotten what you do for a living. It’s easily done.

Dr Martin Harris is in Berlin for a biotech conference – until he bumps his head, loses his ID and discovers his life is a lie.

The man we know as Martin is an assassin; his invented persona is a means of getting close enough to kill a scientist. Then he has a head injury and starts believing his backstory. He thinks he really is Martin Harris, and that the man taking over his life is an imposter.

In fact, they’re both frauds. They’re in Berlin to kill Professor Bressler (Sebastian Koch). Bressler is about to release a crop that can cure world hunger – and an unknown player wants him dead. So:

But then a fridge falls off the back of a truck, and Martin’s taxi ends up in the river. Martin bangs his head – and then his heart stops. Significantly, the life that flashes before his eyes is his cover story.

With no recollection of anything other than this fake history, Martin becomes a liability. Another agent (Aidan Quinn) is brought in to complete the assassination. But as the different parts of Martin’s identity collide, it proves explosive in more ways than one.

Unknown’s tale of missing persons and absent identity features some familiar cues. That includes a nod at The Vanishing Hotel Room urban legend: a guest checks-in to a hotel, then promptly disappears. Meanwhile, their companion can’t convince others the missing person even exists.

In Frantic (1988), Harrison Ford walks into a hotel bathroom, and walks out to find his wife gone. Martin Harris doesn’t even make it to the room – and rather than his wife, he vanishes. That this happens in plain sight of us is quite the feat.

Martin is so sure he’s the victim that we believe him. Similarly, he’s so certain he’s Dr Martin Harris that we are, too. As a result, we’re unknowingly rooting for a killer in the story that follows.

This is possible because the head injury functions as a reset button. Losing his memory frees Martin from his personality and responsibilities as a killer.

More significantly, amnesia recasts Martin as a good guy – or at least an innocent or well meaning one. This is an interesting take on morality.

It implies that ‘being bad’ (here, that means murdering for profit) is a learned habit, while goodness is our natural state. In other words, we’re born as angels, and the world corrupts us.

When Martin forgets the awful things he’s done, he loses the compulsion to continue them. You could call that a happy ending – albeit with disturbing implications for social control.

Martin wakes up after a brain injury as a better man … because that suits the story. In reality, effects vary. Some people report waking from a coma speaking a different language.

How do you know you’re you?

Unknown’s drama comes from the loss of these symbols. Martin loses both his outward markers (passport) and internal cues (memory, personality).

Instead, he tries on other identities as the story progresses. A nurse brings him replacement clothes – i.e., a temporary identity – when he wakes up from the coma. When he hides in a nightclub, taxi driver Gina (Diane Kruger) brings him yet another jacket.

Despite the disguises, the real Martin keeps breaking through. At first, this looks like Hollywood’s innate male heroism. Actually, it’s Martin’s muscle memory kicking in.

It’s a little rusty at first, yet his response to stealing a pair of scissors from a dead nurse is a giveaway. This man is no stranger to death; it simply doesn’t bother him. By the time he kills his replacement, he’s back to his old self.

The real plot, the one we can’t see at first, is also all about the manipulation of identity cues. The story begins with Dr and Mrs Harris on the plane, holding hands. This is at least partly performance for the benefit of others (and that includes us).

Yet Martin’s breakthrough memories hint that what we see is staged. During his MRI scan, memories of Liz with blonde and then dark hair stand out like a glitch in the matrix.

After the accident, Martin’s watch and diary make it out of river intact – the latter without any damage to pages or ink. Which is certainly handy for the story.

Both are identity markers. They stand in for the lost passport, convincing us (the audience) that Martin is who he says he is.

But they’re also props for the killers. Each of them seems to have a copy of the diary, for instance.

The code in the back is Bressler’s computer password. The numbers translate to Latin terms for flowering plants: Calochortus Albus and Umbellularia californica. They’re more commonly known as Lily and Laurel, i.e., Bressler’s children.

If Unknown incorporates aspects of the vanishing hotel room, it’s more explicit in its use of doubling.

In Fyodor Dostoyevsky’s novella The Double, a man meets his doppelganger. Soon this ‘twin’ is taking over his life – and having better luck with it. Things go downhill from there, ending with insanity (a fate Martin Harris also fears).

Unknown shows us a number of doubles, though unlike Dostoyevsky’s characters they’re not lookalikes.

Most obviously, there are the two men who claim to be Martin Harris. They’re not physical twins, but they have the same back story (because they’ve rehearsed it). When each tries to win over Bressler, they even speak their lines in sync.

Both are fighting to occupy a particular identity. Incidentally, the prize resembles social success, i.e., both want to be the man with the respected career and beautiful wife.

The danger comes from unspoken story rules about doubles: only one can survive. Unknown resolves this by having the two Martins meet in the bombed-out hotel.

Rather than escape – which would be far more sensible – they try to kill each other. There’s a practical reason to this: a second Martin Harris threatens the other’s getaway.

But Unknown also shows us a second, more complex kind of doubling.

When Martin – i.e., Liam Neeson – loses his memory, he becomes his own psychological double. He loses his killer characteristics and becomes his exact opposite: a mild-mannered man of morals, an Everyman figure we can relate to.

In hospital, a frightened Martin explains what insanity feels like:

“It’s like a war between being told who you are, and knowing who you are.”

This fear of madness is a smokescreen that wins our trust. It’s reinforced by the spinning camera each time Martin’s identity is questioned (such as the first time he confronts his wife). Seeing his genuine shock in this way rubber-stamps his credibility.

Martin sees himself as the victim of a conspiracy. He ‘knows’ who he is, and suspects others are gaslighting him with their denials.

The truth is the exact opposite. His real persona is a killer who tells himself he’s Dr Harris.

Moreover, the conflict isn’t confined to Martin’s psychological state. It manifests as a real war of past and present identities, i.e., the colleagues who want to kill him.

Incidentally, the doctor reveals the film’s big twist in this scene, when he says:

“A person can awake from a coma convinced of a reality that was previously only a fantasy”.

These identity struggles continually threaten to upend the narrative – and ultimately, they do, when Ronald Cole unmasks Martin’s true identity. And then tries to kill him. Rude.

Like the doctor, former Stasi officer Jürgen casually reveals the second, secret plot, though the story’s misdirection makes it harder to grasp the implications:

“For some, [the reception party] might be a very good reason to want to be you. Martin Harris with just a few guests in a confined space with Prince Shada …”

This is why the killers create the Martin Harris persona: to get close enough to kill Bressler, but have everyone assume he’s collateral damage in the assassination of the prince. Once again, the truth is the exact opposite.

Jürgen is an interesting, ambivalent character. He’s disturbingly proud of his time in the secret police, yet he’s willing to help Martin; it’s hard to know quite what to make of him.

In fact, his role is to explain the Section 15 assassination bureau. Hence Jürgen remembers and recognises Rodney – and then seemingly sacrifices himself to protect his connections.

Is Unknown a bit too understanding of repressive regimes? A Stasi officer dies a hero, while a Saudi ruler saves the world.

They’re still unknown at the end

Martin isn’t the only character in search of an identity. His ill-fated attempt to fetch a missing briefcase drags driver Gina into danger (and causes the death of her friend, Biko, too).

Gina is a Bosnian refugee but – like Martin – she has no passport, papers or right to remain. She’s also the “naturally good” counterpart to Martin’s corrupted personality.

Martin is initially horrified to learn he’s a killer, telling Gina she should have let him drown. Instead, she graciously advises him to consciously forget the past and choose to be a good man from here.

In the end, he finds a more nuanced path, one that dances between past and present identities.

Remembering he’s a killer lets Martin survive the final showdown. His old knowledge also secures new identities for him and Gina. Whether he truly follows her advice about being a better man is debatable, though it appears being Dr Martin Harris leaves a moral mark, too.

What’s most clear is that there’s no return to the stable identities of old: once that box has been opened, there’s no going back. Instead, both characters choose new identities – names that can be bought, sold and changed as necessary.

Technically, this means they’re still ‘unknown’ at the end of the film. That is, without authentic or fixed identities, and still wearing masks.

Also unresolved is whether Martin becomes more like Gina, i.e., a better person, or if she becomes more like him. Given Gina embraces a phoney identity – and actually has the higher kill rate – it feels like the latter.