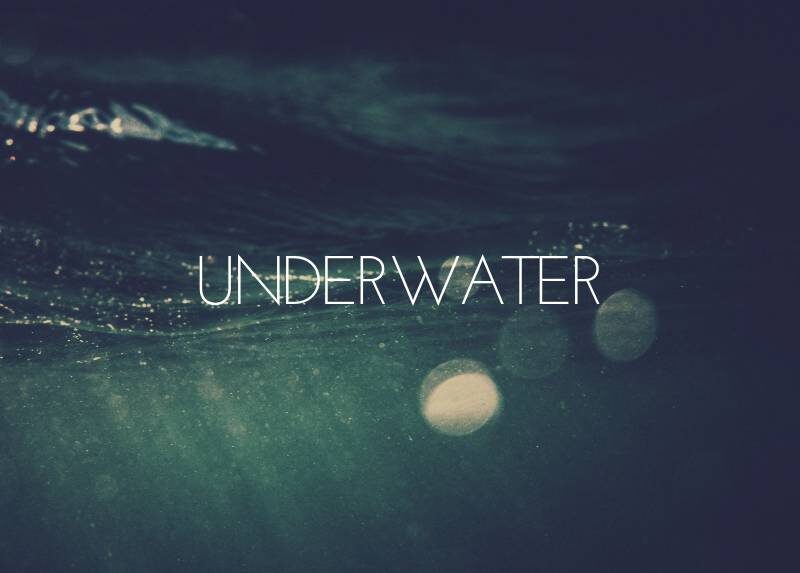 What is Underwater about?

An ocean-floor drilling team at the bottom of the Mariana Trench – the deepest place on Earth – are hit by an earthquake that destroys their rig. Norah (Kristen Stewart) is one of a handful of survivors, but as they begin the perilous journey to the surface they realise they’re not alone down there …

There should be more movies set in the deepest reaches of the ocean. Like space, it’s black, bleak and hostile – and yet fertile ground for stories. But while film, fiction and real-life exploration repeatedly return to the space above us, we know less about what lies beneath; it’s the new ‘final frontier’.

This is Underwater’s opening gambit. The faceless Tian corporation builds the world’s deepest drill seven miles down at the bottom of the Mariana Trench but it comes at a cost: earthquakes, explosions and unexplained phenomenon.

What follows is familiar territory if you’ve seen other films set in deep space or under the ocean – and yet, that similarity is itself quite fascinating.

Whether films are set deep under water or in distant space, they look and function in very similar ways:

Common to survival or horror movies, not everyone makes it back from space or deep water. We can also typically expect a couple of things as per those genres:

Some stories reverse these genre expectations to surprising or inventive ends. For instance, films in which the hero dies, everyone dies … or women keep their clothes on.

Underwater doesn’t reverse our expectations so much as lean into them – and that’s where it’s most interesting.

Is there a trade-off when film’s have a tough female lead? That is, when women encroach on characters typically reserved for men do we expect them to be cut down to size in other ways?

In Underwater, Norah is the strong survivor – the person who thinks straight in a crisis and won’t go down without a fight. Like Alien’s Ripley, however, she still ends the movie in her underpants.

Aside from the commercial benefits of putting attractive women in skimpy underwear, the imagery reminds us these characters may be as tough as men but they’re still vulnerable or feminine.

Similarly, while spectacles establish Norah as intelligent, the underwear reminds us she’s still young and sexy. Incidentally, she loses the glasses very early on but it has zero impact on her ability to see long distances or read computer screens. Which is lucky.

Anyhoo, when Alien crowned Ripley last woman standing it tapped a potential for strong female characters capable of matching or surpassing male colleagues and killers. Underwater continues that trajectory in an unexpected way.

Sacrifice in horror and survival movies is still very much a guy thing. Fathers and father figures regularly die so that others can live (see also Prometheus, Armageddon and The Poseidon Adventure).

It happens in Underwater, too. Rodrigo takes the broken helmet so that Emily can live. Captain Lucien stays behind so his crew can take the escape pods. Later he releases Norah so that she has a shot at survival.

However, mirroring the captain, Norah ultimately stays behind so Emily and the injured Smith can use the two functioning escape pods. A second sacrifice then follows: Norah detonates the station to kill the creatures, dying in the process.

In the alternate ending Norah rewires the damaged pod and escapes at the last minute.

Throughout the film she’s committed to escape and guiding others to survival. In contrast, the other woman on board Emily (Jessica Henwick) becomes despondent very quickly; she almost wants to give up.

Yet despite making it to the final stage, Norah chooses the noble death in what becomes a kind of boss-level shoot-out.

Like the poem motif in survival movie The Grey, Norah’s sign-off summarises the choice between living and dying. (Also like The Grey’s lead character, Norah struggles with grief throughout.)

As one character retorts in Shakespeare’s Antony and Cleopatra (act 3, scene 13): “Think, and die”. Thought without action is a dead-end. Knowing she’s going to die either way, Norah grasps her fate with both hands; she becomes the weapon that saves her friends.

Her reward in the cinema cut of the film is to not die but rather to remain forever frozen in the split-seconds before death. This chimes with the end of Sunshine, which similarly portrays destruction as inseparable from creation, beauty and higher purpose.

It also connects with something Norah tells us about her dead boyfriend. He didn’t believe in time, but rather ‘moments’. It’s another way of saying that actions matter, that each moment offers a distinct chance for redemption.

In another nod to the Alien franchise, corporate malfeasance provokes the horror in Underwater. Unlike Alien, we’re tipped off about this from the start.

The opening credits list explosions, disappearances, unexplained phenomena and hints of a “newly discovered deep sea species”. Each time the company buries the details and gets back to business; of course, the corporate bigwigs and profit-makers are safe on the surface.

The other clue to the company’s ambiguity lies in its meaningless self-promotion. Along with updates about flooding status and rising risks, a tannoy regularly announces what a great place this is to work.

So what do we conclude from this? Well, at best Tian is willing to sacrifice crew for profits. Or, if the company knows enough about the creature to deny its existence, perhaps the real mission is about harnessing its power.

Horror, though, is often about consequences (see also Event Horizon). The beast is a consequence of corporate greed, but also of ecological wrongdoing. We drill and frack and mine without care for environmental impact; the only thing that can stop us is the threat of self-destruction.

“We’re not even supposed to be down here,” Emily concludes. This is another common horror mechanism, by the way – of going into the dark, into places we don’t fully understand, and disturbing forces we can’t hope to contain.

Gods and demons from the deep

Along with the company’s motives, the creature is another kind of ambiguity. We see it in bits and pieces, each view quite unlike the next.

At first it’s a worm-like fragment, later a horde of humanoid sea creatures. Finally, it’s a monstrous, towering Cthulu-like creature, seemingly human, alien and Kraken all at once.

This ties Underwater back to its sci-fi space roots. The killer species we meet in outer space very often reflect our human attributes back at us; even Alien’s Xenomorph has two legs and two arms. In science fiction, perhaps what we always meet in the dark … is us.

The creature in Underwater also brings to mind a fusion of ancient Greek myth and modern reinterpretations of Poseidon, the god of the sea – whose nickname was “Earth-shaker”.

Don’t discount parallels with hell, either. Tian goes to the darkest depths of the Earth – devoid of all light – then opens a portal into the underworld. What comes out is certainly demonic.

Interestingly, this isn’t the film’s only source of dread. The creature(s) are the greater terror, and the endgame, but along the way there are more mundane barriers to staying alive:

But does the giant beast in Underwater exist at all?

It seems like a done deal, right? The water temperature spikes, people get eaten, the entire rig explodes. Most compelling is that we see the creatures.

If there’s a sliver of doubt, it’s that the film’s beginning reminds us of the psychological distortions of deep sea life.

Norah’s opening voiceover suggests that what follows may be a dream, or fragments of dreams. The opening credits offer similar hints via sketches of Rorshach tests and texts about the dangers of isolation. Emily talks about feeling really high, too. That’s the lack of oxygen.

So we have choices. We can take the plot at face value: the doomed crew of a slowly flooding undersea rig face further peril from a previously undiscovered sea monster, Cloverfield-style. In which case, hints of psychological impairment and the waking dream are red herrings.

Alternatively the doomed crew of a slowly flooding undersea rig, in the last throes of oxygen deficiency and despair, hallucinate the cause of their destruction. In some ways, maybe that’s better than believing death is often mundane, awkward, and without fanfare or fireworks.