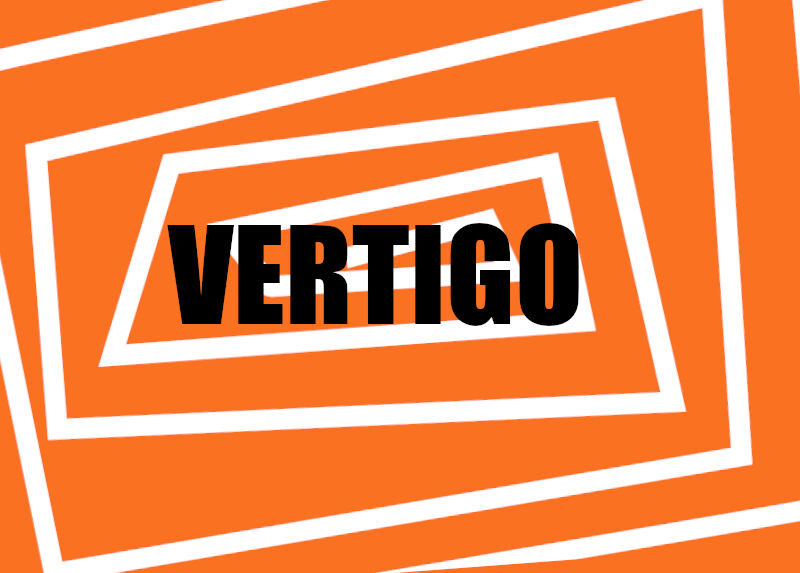 Released in 1958, Alfred Hitchcock’s classic thriller Vertigo is striking for containing two movies in one.

John Ferguson (James Stewart) retires from the police force after a rooftop chase ends in tragedy, leaving him terrified of heights. He’s then hired by former college chum Gavin Elster for a very personal mission.

Elster wants Ferguson to follow his wife Madeleine, whom he claims is possessed by the spirit of her dead grandmother. Elster worries that, like Carlotta before her, Madeleine will eventually take her own life.

Ferguson agrees to the job but falls in love with Elster’s wife. Their affair is short-lived: the past has such a hold on her that, eventually, Madeleine does indeed jump to her death. With terrible irony, Ferguson’s vertigo stops him saving her life.

The second half of the film reveals that the woman we think is Madeleine isn’t dead at all. Gavin Elster had planned to murder his real wife, using stand-in Judy Barton (Kim Novak) to make it look like suicide. Ferguson’s vertigo is crucial to pulling off the scheme.

In most films, the plot twist comes at the end. Hitchcock places it in the middle, then spins out the consequences in a kind of mirrored reversal of the first half of the film (see also It’s a Wonderful Life).

When Ferguson later meets Judy by accident, he becomes obsessed with turning her into Madeleine. When he finally realises he’s been duped he forces her to revisit the crime scene – where she too falls to her death.

Is the cop the real killer in Vertigo?

There are three bodies (and four deaths) in Vertigo:

Ferguson is either complicit or culpable in all of these deaths. The inquest even suggests Ferguson is somewhat responsible for the death of ‘Mrs Elster’ because he knows her fragile mental state yet doesn’t act sooner to keep her safe.

Ferguson feels responsible for her death, too, yet arguably his poor detective skills allow Elster to kill his wife in the first place.

Finally, Ferguson is very much involved in Judy’s death. He forces her into the bell tower and demands she face up to her role in the murder – only for her to fall / jump to her death.

Does this make Vertigo yet another example of a woman answering for the crimes of a man?

Vertigo features two plots spread over the two halves of the film. What’s really clever is that these two plots repeat each other very closely (see also The Driver’s Seat).

It’s this similarity of intent and action between villain and hero that muddies Ferguson’s character. Both men manipulate and fetishise Judy Barton for their own means: while Elster has her mimic suicide, Ferguson has her play it for real. Both men are responsible for the various deaths of ‘Madeleine Elster’.

For Ferguson as the bumbling, good-natured detective, life certainly seems to repeat itself, Groundhog Day-style. First the woman he loves appears to jump to her death, then she really does fall to her death.

In the final scene, Ferguson’s stance – arms by his side, slightly outstretched – mirrors his pose during a psychotic episode in which he sees himself plummeting to the ground. The pose that ends the movie is a reminder that Ferguson’s life is once again falling or spinning out of control.

The final bell we hear after Judy’s death tolls for Ferguson, as an eternally doomed character – or so he might see himself. Arguably the female characters have a rougher ride.

The female characters get a poor deal in Vertigo. There’s the real Mrs Elster who we only ever see as a corpse. And, while Judy pays for her part in the murder, she’s abused by both Elster and Ferguson.

Then there’s Midge. Like Judy, Midge is in love with Ferguson. At one point, she even paints herself into a portrait of Carlotta – i.e., yet another woman pretending to be Madeleine Elster – to get his attention.

When Ferguson has his breakdown, Midge stands by him in the nursing home. Despite this loyalty, she disappears entirely from the film at this point.

It’s a shame that Midge’s role is so liminal (part of her role in the film is simply to let Ferguson explain who Gavin Elster is). At the very least, however, her presence sets up an interesting conversation between the old world – in which women were ‘kept’ by men – and the new world, in which women live alone and have careers of their own.

Whether the balance suggests that it’s the old world which allows women to be loved, while the new world leaves them wealthier but lonely, is open to interpretation.

In one sense, Ferguson is very much the hero. He’s a gentle, fragile character (that too played by America’s sweetheart, James Stewart).

That doesn’t mean his character doesn’t have other facets. Ferguson is mentally scarred, then manipulative and – eventually – overbearing and aggressive. His treatment of women (toying with Midge, manipulating Judy) is poor, too.

He’s meant to be a flawed man, not least through the vertigo of the title. This hero-with-flaws has one particular frailty, however: his dubious detective skills.

Cops should (ideally) prevent crime and the loss of life. For Ferguson to be so clueless to villains and so butter-fingered with the lives of others is really quite damning. Ferguson may not be an outright murderer – but he stands pretty close to the line.

Tender is the Flesh: the frailty and futility of being human

Making their mark: the rise of the vampire in folklore, film and fiction