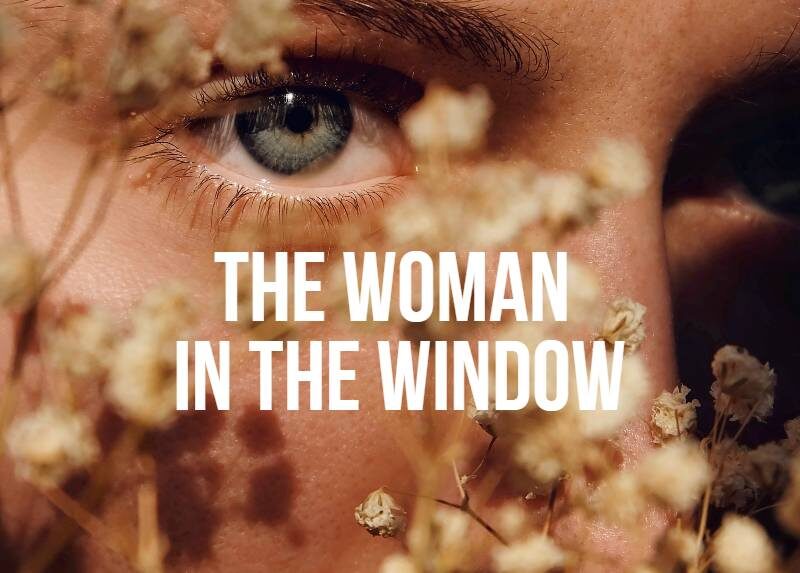 Unpacking the cinema codes at play in claustrophobic thriller The Woman in the Window, from Hitchcock references to bad mothers.

What is The Woman in the Window about?

Anna Fox (Amy Adams) lives alone in a sprawling Manhattan townhouse. This is handy, because Anna is agoraphobic and can’t go outside.

When new neighbours move in across the road, spying on them gives her a new source of entertainment – until she witnesses a murder through the window.

This article explains 2021 film, The Woman in the Window – with spoilers. It doesn’t get into the book by A.J. Finn.

Hitchcock movies referenced in The Woman in the Window

Alfred Hitchcock took a cheeky cameo in each movie he directed (something M. Night Shyamalan also does). It’s like a hidden signature, as well as a bragging rights.

But there are traces of Hitchcock all over The Woman in the Window, too, a nod to the director’s continuing influence on modern cinema.

Most obvious is the parallel with 1954’s Rear Window, which has wheelchair-bound James Stewart spying on the neighbours and spotting a murder.

The Woman in the Window even features a clip from the earlier film in its opening credits, signposting how the film will end (the killer tries to throw the main character to his / her death from a height).

The other Hitchcock classic that gets an airing is The Lady Vanishes. In the 1938 film a woman on a train believes another passenger has gone missing, but her fears are written off as hallucination – just like Anna Fox. Both movies also make use of the ‘second woman’ decoy, who stands in for a missing person.

Hitchcock’s Vertigo also famously features a stand-in wife. The Woman in the Window recycles the concept as a red herring.

When Anna meets the real Mrs Russell, she’s shocked this isn’t the woman she had drinks with. Anna then suspects the husband must be to blame (again drawing on that Vertigo influence). In fact, the mistaken identity is Anna’s error.

The female agoraphobic who must catch a serial killer in her own home has been done before: see Sigourney Weaver in Copycat.

So too has the unreliable female narrator. Ashley Judd’s drunk protagonist can’t trust herself in 2004’s Twisted. Rosemary Woodhouse (Rosemary’s Baby) likewise questions her own sanity, while Black Swan’s Nina Sayers has us all doubting what we see on screen.

Mental illness and booze are common shackles for women on-screen. They’re a shorthand that casts doubt on the veracity of female stories, and makes them doubt themselves.

Compare James Stewart’s male protagonist in Rear Window – who can at least get the cops to investigate when a woman goes missing. For Anna Fox, they only turn up to take the moral high ground and tell her she’s a lunatic.

The boozy woman movie trope has been around for decades. But its contemporary counterpart is little woman, big house.

Instagram, influencers and endless property / reality TV shows have a hand in the trend; their stream of big, beautiful houses and make-overs off-setting the personal and public spaces vanishing around us.

But the other reason is practical. What if Woman in the Window didn’t take place in a multi-story building with a basement (handy for the plot) and a roof (also handy)?

Big houses mean women can scamper around them helplessly while trying to evade a killer. A one-bedroom apartment with paper-thin walls and nosy neighbours offers fewer options for suspense.

In story terms, wealth affords privacy – when it’s convenient, anyway. For instance, Anna is able to look directly into her neighbour’s homes, spotting the murder no one else notices.

Later her huge home makes it impossible for others to see she’s at risk. She’s hidden from the outside world as much as she hides away from it.

The Woman in the Window has a couple of dramatic reveals.

The first is the plot twist that explains the murder. Ethan, the neighbour’s son isn’t as socially awkward as he makes out. The kid’s actually a serial killer who’s already bumped off at least two women … including his birth mother.

Ethan says she deserves it for being a bad mom. Unsurprisingly, this is also why he thinks Anna ‘deserves’ to die: she too has been judged a second-rate mother.

The other twist is the psychological revelation that Anna isn’t separated from her family at all. They’re dead, and the conversations she’s been having with them are either memories or hallucinations.

The film implies Anna is responsible for their deaths. She was having an affair (often an unpardonable sin for women in cinema). And she was driving when the car flipped, killing her husband and daughter instantly.

Much of the film is a meditation on grief. Anna is the sole survivor who’s barely living. The revelation about the car crash is a plot twist for the audience, but also a wake-up call for Anna about the elephant in the room … or rather, the smashed up car in the living room.

It’s only when Ethan tries to kill her that she chooses life (Liam Neeson film The Grey features a similar choice).

“a fear of being in situations where escape might be difficult or that help wouldn’t be available if things go wrong.”

People with this condition might face crippling anxiety about using public transport, or leaving home, or something else entirely.

As a plot device, agoraphobia puts The Woman in the Window into the house-bound detective genre. It’s a ‘convenient’ way to invert the usual mechanisms of crime and killer storylines. It also avoids [expensive] multiple locations.

It’s also telling in a broader sense. Female characters are often reduced to victims on screen; sometimes they’re only brought into stories to be killed-off, attacked or abused (cough – Heat).

Anna Fox’s agoraphobia mirrors this cult of female victimhood. They run into danger. Or take wrong turns. They find themselves in abandoned houses and empty streets. They make friends with the wrong person.

Anna of course is paying a much bigger punishment. She’s an unfaithful wife and a crap mother. Her resulting mental state – the agoraphobia – is a kind of prison, and plays out a warped style of justice and vengeance.

The film’s true escape doesn’t happen on the roof when Ethan tries to kill her. It happens when Anna finally leaves the house. It’s a victory over agoraphobia – and a goodbye to guilt, grief and the ghosts of the past.

Until now, Anna has been barely alive. The house represents a tomb that she can’t step out of. When she finally does, it’s a sign that grief can fade, and life can and will go on.

The Woman in the Window (2021), directed by Joe Wright

Westworld (1973): gods, robots and the trouble with free will