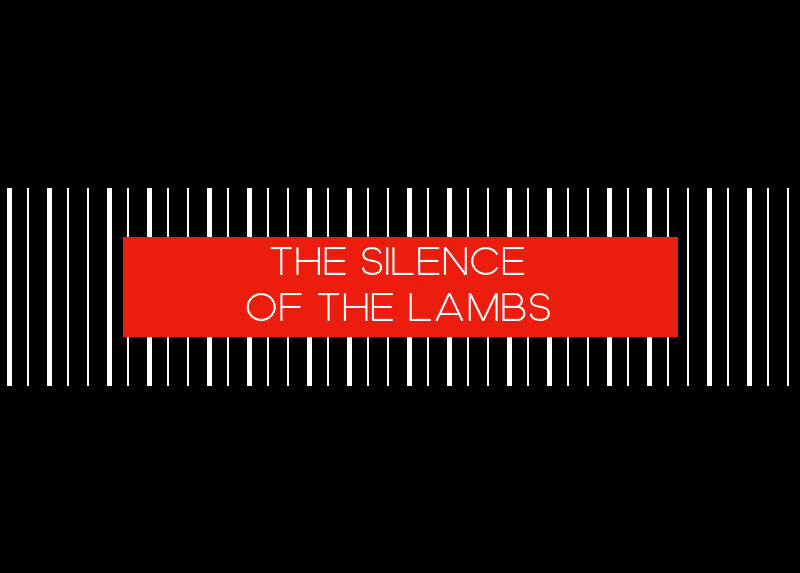 How The Silence of the Lambs keeps women in the dark, in the pit, and under the thumb.

What is The Silence of the Lambs about?

The interview brings Starling closer to catching “Buffalo Bill” – so called because he murders women for their skin. But with time running out for one victim, Lecter’s twisted mind games could prove a deadly distraction.

This page explains Jonathan Demme’s 1991 film adaptation of The Silence of the Lambs … or else it gets the hose again. Spoilers.

This is a man’s world

In Jonathan Demme’s adaptation of the Thomas Harris novel, Clarice Starling navigates a twisted world of male ambition. But she’s so often the toy of both cops and killers it’s hard to tell which are her greater enemies.

Starling is one of a handful of women in her FBI training cohort. Her superiors, including boss Crawford, are all guys. The cops she meets at the funeral home are all men, too.

This is intimidating from the get go. Yet Starling must also overcome their inherent prejudice – their astonishment that a woman might want or be able to do what they do.

When Crawford keeps her out of the examination room, she tells him afterwards:

“It matters, Mr Crawford. Cops look to you to see how to act.”

It’s a brilliant riposte to a dialogue which hadn’t yet landed in 1991, of male privilege and #MeToo.

Out of the frying pan, into the pit

Things are no better outside the academy, where Starling is sent from one male dominated world to another.

Dr Chilton runs Baltimore State Hospital with all the bitter creepiness of Great Expectation’s jilted bride, Miss Haversham. His domain is a man’s world, staffed by and for men.

We get the measure of this when Miggs throws semen at Starling, committing a non-consensual sex act through the bars that supposedly keep her safe.

Once at Dr Lecter’s cell, Starling is duped into becoming his patient and student to get the information she wants. In fact, this is Crawford’s design; even lecherous Chilton can spot it a mile off.

Also noteworthy about this encounter is the way it parallels the killer’s domain. Gumb (Ted Levine) keeps Catherine in a pit under the house and dictates the rules she must live by.

What does Clarice see in Dr Lecter?

Starling and Lecter are examples of a common pairing in storytelling. They’re mirrored but opposite character types:

In any case, these characters come as a set. Together, their differences complete or resolve the narrative.

It also sees the characters quickly fall into sync. For instance, Starling and Lecter fall into a distorted mimicry of patient and psychiatrist.

Clarice – orphaned at a young age – is in thrall to older men. She readily puts her trust in them, so much so that she breaks Chilton’s rule (“do not approach the glass”) as soon as she meets Lecter.

Yet the bond she forges with Lecter – their sharing of intellect and intimacy – takes Clarice where male colleagues can’t go. Understanding the rhythm of Lecter’s anagrams and puns moves her ever closer to Gumb.

The killer isn’t the only character desperately seeking metamorphosis. As Lecter quickly intuits, Starling is faking it. Her clothes, shoes, bag and perfume are a kind of costume:

“You’re not more than one generation from poor, white trash, are you?”

This is like Gumb’s performance. He too convinces others he’s like them, masking the truth about his intentions and deeds.

Starling’s transformation is about leaving behind a desperately lonely adolescence. Joining the FBI and saving Catherine is a means of escape, and of finally silencing the trauma of the past.

But what of the killer’s motivation for change?

The film’s memorably shocking visuals imply it’s about gender transformation. It was an easy scare for audiences at the time: transgressive gender bending, hidden identities and sexual depravity. It all now seems intentionally sensational.

Gumb supposedly wants to be a woman – though not in the way most women experience womanhood. For example, as Starling’s experience shows, it often means being powerless in public and personal spaces.

Instead, Gumb’s vision of womanhood is performative. He wants to wear femaleness, literally, as a costume (with shades of Ed Gein and Psycho, of course) – yet while retaining power over women.

Lecter hints at this when he says that Gumb isn’t a true transvestite, but merely going through the motions. Either way, it’s an excuse to kill.

Thirty years after its release, the film’s portrayal of women’s precariousness in public, private and professional spaces remains relevant.

Clarice and Catherine occupy opposite ends of a spectrum (free / incarcerated, poor / privileged), yet there are similarities between them:

Starling rescuing Catherine brings an unusual kind of social levelling to the film. Senator’s daughter Catherine is stripped of her privilege. In the basement she’s just any other woman, and that makes her expendable.

Meanwhile Starling – just one generation from poor white trash – saves them both.

And yet, just before she shoots Gumb, Clarice is exactly in Catherine’s position: in the killer’s basement, in the dark – and being hunted.

The film’s metaphors boil down to this: men are beasts, women are bait (see also Split).

This is most apparent at the psychiatric hospital, which keeps its male prisoners in cages. Chilton even describes Lecter as a prized animal: “so rare to capture one alive”.

Yet while Lecter is an unsettling mix of psychopath and genius, Gumb is a monstrosity.

His desire for female skin is so abnormal, so beastly, that he can’t subdue it. “He’ll never stop,” Starling says.

Unsurprisingly, Gumb doesn’t recognise the humanity of the women he kills. He addresses Catherine as ‘it’, in the third person, because it makes it easier to kill her.

This fits with his sociopathy, too. Consider the way he mimics Catherine’s screams, as though studying how to be a woman, or how to pass as human.

Yet as horrific as Gumb is, beastliness extends to the film’s other male characters.

The runners who ogle Clarice and Ardelia at the academy are doing what comes naturally (sexual attraction). Does that mean Gumb – who also covets what he sees – acts according to his nature?

All women are bait for Gumb: he can’t help hunting them. Crawford exploits exactly this when he sends Starling to Lecter, without telling her why. The film’s ending flips the tables on this manipulation.

Gumb hunts Starling through the dark but at the last minute, the hunted becomes the hunter. Hearing him cock the gun, she turns and fires first. Meanwhile, Crawford’s gang of men (who have cut Starling out of the big showdown) are knocking on a door at the wrong house.

The last time we see Clarice, she’s being admitted to the closed world she wants to belong to: the FBI.

More importantly, she achieves parity with Lecter. Their quid pro quo agreement extends from his prison cell into the film’s afterlife, so that neither will hunt the other.

The film’s closure gives men their just desserts – more or less. Its resolution for women is much harder won, and far more open ended.

The Silence of the Lambs (1991), directed by Jonathan Demme

Spotlight (2015) explained: a conspiracy of silence

Sunshine (2007) explained: the sound of inevitability