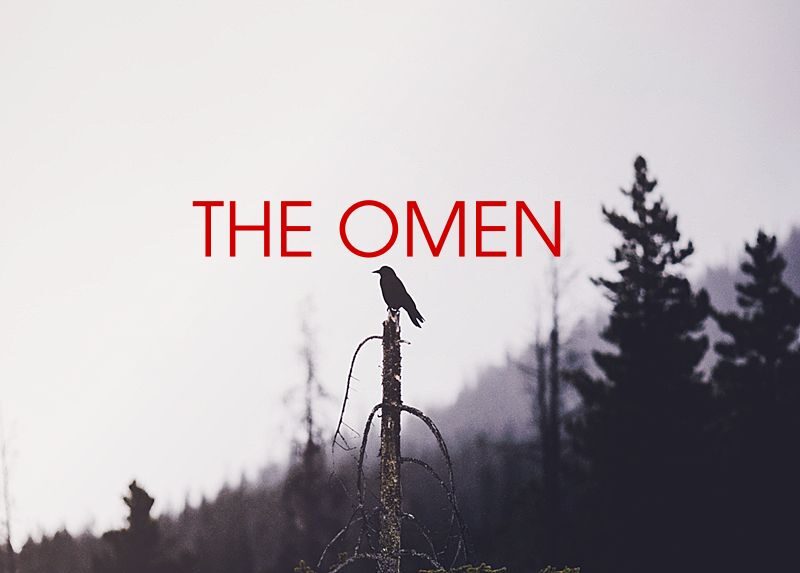 If The Omen begins in a reality that resembles our own, the film’s use of mirroring soon leads us into the unknown.

What is The Omen about?

Robert Thorn (Gregory Peck) rushes to hospital for the birth of his son, only to learn the boy has died. Anxious to shield wife Katherine (Lee Remick), Robert colludes with a priest to swap the dead child for a baby born at exactly the same moment.

Five years later Robert is US Ambassador to Great Britain, and the family has moved to England. But as Damien approaches his sixth birthday, a series of macabre deaths hint at the terrifying truth about the boy the Thorns have welcomed into their home.

Through a glass, darkly

Are horror movies the ultimate fantasy and taboo wish fulfilment? They show us worlds almost identical to our own yet subtly inverted – like a warped mirror.

Having taken us through the looking glass, the genre introduces fantastical elements that can’t exist in reality. Here, demons roam among us, the dead live again – and we can watch others be hurt or killed without fear of judgement.

The Omen begins in a seemingly recognisable world. But its location is the film’s first step into the unknown.

The Thorns – an all-American power couple – are in Rome. Their maternity hospital is staffed by nuns and priests. The contrast of culture and religion nudges us out of the familiar; we’re already in a world in which the unexpected can happen.

For Robert Thorn, the unexpected is the death of his child – yet he remains fiercely protective of Katherine. He maintains the illusion of their shared journey (to have a baby) but his personal goal is now swapping the dead child for a living one … and keeping it a secret.

He maintains the charade for years. But, inevitably, his pretence – and the genre’s warped reality – lead to explosive conflict.

A priest tells Robert the boy is the Antichrist and, as prophesied in the Book of Revelations, his birth marks the beginning of Armageddon.

With the fantastical now fully out of the bag, Robert faces a terrible choice. Like an inverted version of Abraham almost sacrificing his son to please God, Robert is convinced he too must kill his child on an altar.

What’s noteworthy about his failure is that it leaves the audience trapped in inverted reality. Rather than resolving the plot with the triumph of Good over Evil, the unease of the film’s prophesy lingers long after the credits.

Whether or not you buy horror’s use of inverted realities, The Omen is stuffed with reflections – i.e., mirror images.

The most captivating use of mirrors comes via Jennings (David Warner), whose camera captures another kind of inverted reality: future prediction. Incidentally, single lens reflex (SLR) cameras – the kind Jennings uses – house a tiny mirror inside.

At first Jennings thinks his camera is playing up because the photos are stained. Eventually he realises these flaws predict gruesome deaths:

Once again, the photos are a tampered reality. They show a recognisable world marred by fantastical elements.

The Omen weaves its story from a mixture of Bible prophesy and pure fiction. Revelations Chapter 13 – noted in the film’s end credits – remarks:

The number seven represents perfection and divinity. Rather than the goodness of the Holy Trinity (Father, Son and Holy Spirit, i.e., 777), the film’s hook is the number symbolic of ultimate evil: 666.

The movie turns this code into a birthmark, and tucks it away under Damien’s hair. Why no one ever spots this while he’s a fairly baldy baby is another mystery.

Anyhoo, the prophesy comes to pass. The child is the Antichrist and, as per an opposing prophesy, must be killed with a set of sacrificial daggers.

From Bible verses to Father Brenning’s ravings and Bugenhagen’s esoteric knowledge, prophesy is one of the film’s many ‘omens’ – signs or symbols that foretell the future.

Jenning’s photographs are another fortune telling prop; unlike the ancient prophesies, they come to fruition within days rather than millennia. That’s more convenient for storytelling, but channeling horror through modern tech also makes for effective horror.

Rather than a remote, fantastical threat, horror spills over from the screen into reality when we encounter those conduits – i.e., cameras – in real life.

Damien’s birthmark is a more literal symbol, one that marks out his destiny and birthright. Later, it becomes a signpost, convincing Robert that the boy really is the devil.There’s just one problem with that …

The paradox at the heart of The Omen is that there’s no proof Damien is the Antichrist.

Instead, the film plays on a tension central to horror stories that pit parents against their children. It addresses the revulsion most of us have about harming a child – let alone our own.

Arguably, this is the wish fulfilment aspect of horror. It lets us inspect the circumstances when this might be our only option.

Like 2020 thriller Run, The Omen builds in storytelling absolution.

Robert Thorn is able to imagine killing his son because he’s not his biological son (or any man’s son). Similarly, we’re excused from feeling bad about wanting him to do it because Damien is the devil; we’re hard-wired to cheer his defeat.

Thus the genre can contemplate child peril in ways that aren’t permissible or excusable beyond fiction.

The adoption-possession pairing softens the impact of such wickedness. Moreover, this warped re-imagining of adoption is often the Trojan horse in horror films: it’s the vehicle that brings external horror into the home.

The Omen kicks parent-child conflict up a notch because almost everything that happens is ambiguous. Compare The Exorcist’s possessed child, for instance, who transforms into a demon that kills anyone who stands in its way.

We don’t see Damien kill anyone, however. The deaths, while unlikely and ostentatious, could be tragic accidents and suicides. Damien doesn’t like going to church … but he’s certainly not the first kid to have a tantrum.

Note too that the mania begins outside the family. The hysterical Father Brennan tries to infect Robert with disturbing beliefs. Later nanny Mrs Baylock (Billie Whitelaw) comes to protect Damien – at any cost.

Eventually Robert buys into the madness. When Mrs B murders Katherine, it’s the straw that tips Robert into full-on psychosis … or is it salvation?

There’s an interesting parallel here with Macbeth, who is also infected by poisonous, supernatural beliefs that convince him to kill.

In the end, the film merely delivers a set of characters who believe in prophesy – and are willing to die for it – rather than a little boy who shows any devilish power whatsoever.

It’s possible this story is simply about a troubled little boy with a birthmark; the family’s demons are grief and the challenges of parenting a lonely child. That casts Robert’s attempt to murder his son in quite a different light.

Again, the parallel with the Biblical story of Abraham is a potent one. If you have faith, either or both incidents can be demonstrations of the mystical, unseen world. From a secular viewpoint, both seem equally delirious kinds of child abuse.

So if The Omen is an either-way tale, what makes it frightening? The film primes us in a few ways.

The opening soundtrack has all the horror cues: discordant notes and Latin chanting (again, the unfamiliar / foreign).

Incidentally, the rather bland opening titles – Jerry Goldsmith’s Oscar-winning score aside – feature another instance of mirroring. The silhouette of Damien incorporates an inverted cross, sometimes said to be a Satanic symbol (though note this disclaimer).

What else pricks at our subconscious, socially-induced fears?

Most memorable of all is the film’s reliance on the bestial. The Rottweiler that guards Damien brings to mind tales of hellhounds, i.e., guardians of hell, though it also ties in with the devil as beast and beastly in nature. The ferocious dogs at the cemetery reinforce the image.

The cemetery also reveals the film’s twist: Damien’s mother was a jackal – the unspoken play-on-words being that the boy is a son of a bitch. The larger tragedy is almost lost alongside this bit of circus storytelling: Thorn’s real son was murdered as soon as he was born.

Presumably, those responsible are the priests and nuns who facilitate the swap. This, finally, is the film’s biggest source of unease.

From the manic Father Brennan to the disfigured priest, religion offers little comfort in the face of evil.

In this sense, The Omen picks up threads from other horror stories of this era, such as Rosemary’s Baby. They weave their horror from modernity, but in this gloriously permissive free world we’re cut loose from God … while the Devil roams free in the dark.