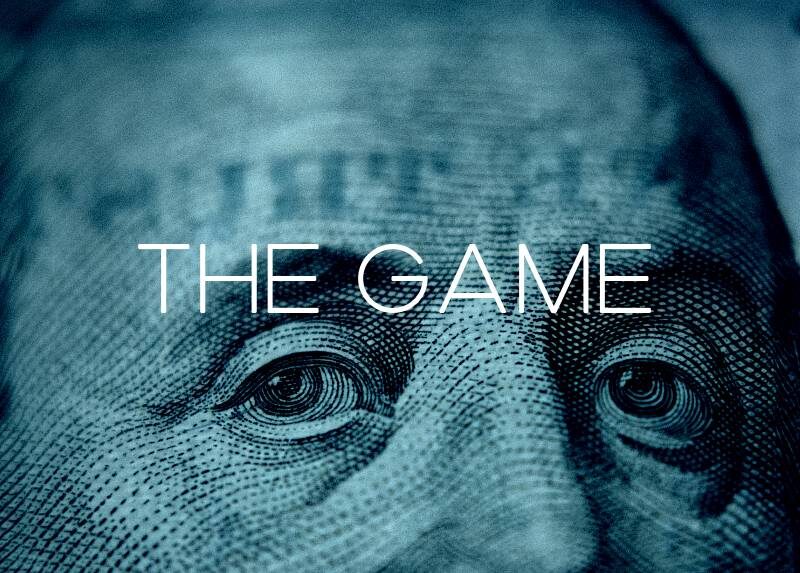 A clever take on the Scrooge story, The Game sees a wealthy banker lured into a life-or-death riddle without rules.

What is The Game about?

With no rules and no one to trust, things take a dark turn. Soon it looks like the game is out to destroy him.

What is the purpose of the game in the movie?

Essentially, the game is an escape room – but one that extends into real life.

Van Orton thinks he has a choice about taking up this gift. In fact, the game has already started.

But calling it a game is misleading. Van Orton has no choice about playing, and (unlike his real life), he’s powerless within it. It’s more like a vast, all-enveloping illusion composed of layers of lies.

Bit by bit, the game strips back Van Orton’s self-delusions.

His clothes are wrecked. He loses his money and his home. His reputation is at risk. And, having previously manipulated his brother (supposedly to save him from addiction), Van Orton is left thinking he’s killed the one person he cares for.

Ultimately, the game may be a device – an intervention (see also Inception) – designed to rescue Van Orton from his emptiness, and to break the loop of depressive thinking.

With no love in his life, Van Orton is easy prey to fears that he’ll end up like his father: dead from suicide at 48.

The game helps Van Orton play out this secret fantasy, ending when he ‘jumps to his death’.

In fact this acceptance of futility and powerlessness lets Van Orton be reborn through the love of his family and friends.

Why does Van Orton Snr die?

We don’t know why Nick’s father throws himself off the roof of their home – it’s a mystery that runs deeper than the game’s superficial illusions.

The suicide hangs over Van Orton as a seemingly inevitable finale (to both his life and the film’s plot).

But it has another purpose: it humanises Van Orton. This is an important plot device for a story about an unlikeable man. Otherwise, why should we care what happens to him?

Van Orton is incredibly rich. He lives in a gated mansion. His life lacks disruption, pain and discomfort. That’s not something most viewers can empathise with.

Instead, the film begins with Nick as a far frailer child, one living with indiscriminate tragedy in having witnessed his father’s death.

How The Game retells the Scrooge story

The Game is about a wealthy man who has everything he wants (money and influence) and nothing he needs (love and humanity). Then trauma shows him the true value of life.

Sound familiar? It’s the plot of Charles Dickens’ A Christmas Carol, and the basis of countless film adaptations, from It’s a Wonderful Life to The Muppet Christmas Carol.

In The Game, Nicholas Van Orton (Michael Douglas) is the Scrooge character. Like Ebenezer Scrooge, Van Orton is a wealthy banker who lacks warmth, love and friendship. But the similarities go further:

At the precipice, we change

Like The Day The Earth Stood Still, The Game hangs on a bleak but accurate appraisal of human nature: we only make meaningful change at the brink of destruction.

Of course, Van Orton doesn’t see any need to change. He believes he has everything of value in western society – money, power and possessions.

He uses these to build an emotional fortress, keeping out affection and intimacy. The film explains this through his father’s suicide when Van Orton was just a boy.

Robbed of love and security, Van Orton grows into an emotionally stunted man-child who hoards the trappings of wealth while shutting out the things that can cause him pain (other people).

So, perhaps you can’t have everything, after all – there’s always a trade off. This is the dark truism behind capitalism: extravagant wealth, however much we like to believe it’s ‘self made’, typically relies on the exploitation of others.

Like Gray, each dollar Van Orton locks away strips away a bit of his humanity until the only thing left is the robot-like businessman.

Van Orton, like Scrooge, gets a second chance, to see the things he truly lacks (and needs).

In The Game, Van Orton can be seen as a completion of Michael Douglas’ Wall Street character, Gordon Gecko. Gecko ditched morals for money. Van Orton grows up and gets a second chance.

The issue with the Scrooge archetype in modern storytelling is that it’s the kind of redemption reserved for the very wealthy.

The man (or woman) who has everything must face losing it all to discover what’s truly important: love.

Back in the real world, try living on love alone and see how far it gets you.

Still, this is a message with deep roots in western religious thought.

The Bible, for instance, has short shrift for rich men’s chances in heaven. Meanwhile, blessed be the poor – spiritually, anyway. [A similar theme plays out in Charlie and the Chocolate Factory]

The Game follows through on this moral motif. And Van Orton is undeniably rescued and redeemed by his experiences.

There’s the possibility that the whole game is just that – a game. It’s a play (or pun) on ‘what do you get the man who has everything?’

Conrad never explicitly says the game is meant to save Van Orton’s life or make him a better person – that may just be a happy coincidence.

We also never find out how much the game costs, but we know it’s a bonkers sum. It has to be, given whole quarters of the city are in on the ruse.

If Van Orton is cursed by wealth, he’s also saved by it, because the game is something only the very rich can afford.

As a film, The Game is fascinating for its redemptive, even romantic message: we can all love and be loved (a common ending in cinema).

It’s a thrilling psychological action movie crammed with puzzles and illusion. And yet, there’s the very real possibility that we’ve just watched a very rich guy have an unforgettable birthday.

The game is the ultimate gift money can’t buy. Unless you’re loaded.