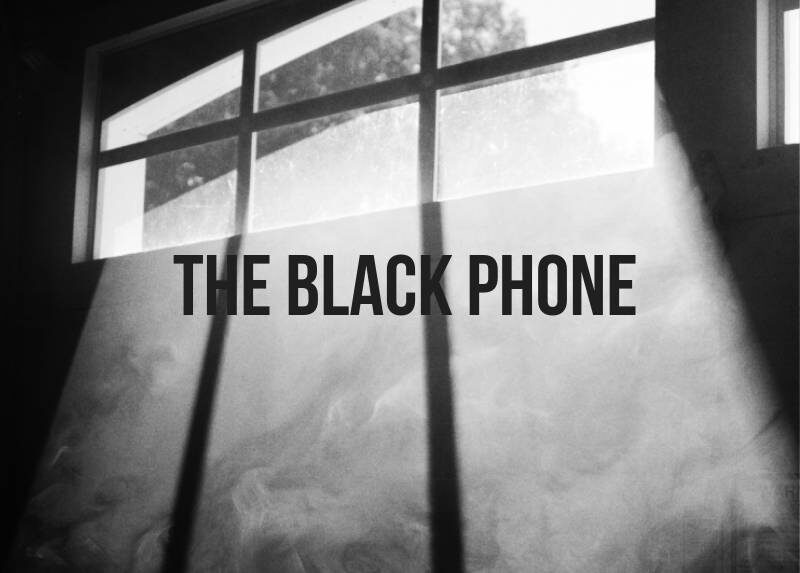 What is The Black Phone about?

It’s 1978, and kids in North Denver keep disappearing. One by one they’re snatched from the streets by a man in a grey ‘mystery machine’ van – and never seen again.

Finney (Mason Thames) knows some of the boys who are taken. Then, on the way home from school one day, Finney is taken, too.

After he wakes in a soundproof basement the only hope seems to be an old phone on the wall. But when he answers it, ghostly voices spell out how little time Finney has left – unless he does what they tell him.

The set-up, scares and original story by Joe Hill (son of Stephen King), ring all the horror bells, but this isn’t your usual ghost story.

Sure there are ghosts, gore and the odd levitating body yet, despite a bumper crop of creepy young kids, The Black Phone feels more like a macabre adventure story.

With its insta-ready recreation of the 1970s and early teen protagonists, there are shades of Stranger Things, It and 2011’s Super 8 – the latter a key influence in the current trend for slick retro visuals.

Like Super 8, The Black Phone offsets its horror of worst-fears with visceral, every day terror.

The Grabber (Ethan Hawke) is a malevolent pied piper who kidnaps and kills boys. With overtones of serial killer John Wayne Gacy, he does this while wearing the artificial smile of a Joker mask.

But parallel to the threat of stranger danger is the stomach-churning violence taking place at home and at school. Other kids are mean … but the adults are worse.

This feels so helpless and unfixable that it’s tempting to read the film as a commentary on the evils of growing up in the here-and-now, particularly as young people bear the brunt of gun violence and climate change.

The kids are alright

The undercurrent of child abuse comes full circle for Finney, who must learn how to ‘stand up for himself’. And really, that’s what this story is about: kids fighting back against bullies and crappy adults. He’s aided along the way by the Grabber’s other victims, not to mention younger sister Gwen (Madeleine McGraw).

McGraw is so good here she’s almost incandescent; perhaps that’s why her input as psychic conduit feels underused. The menace lurking under the surface never completely materialises, either. Ethan Hawke as the Gacy-like Grabber is understated and moreish but the jump scares are well-worn: we’re never really quite caught off-guard.

Cheeky nods to Stephen King’s IT are enjoyable, but the story feels unfinished in places. Still, that’s no deal-breaker. The film has tension in all the right places and the cast hit the high notes.

What to watch if you enjoyed The Black Phone