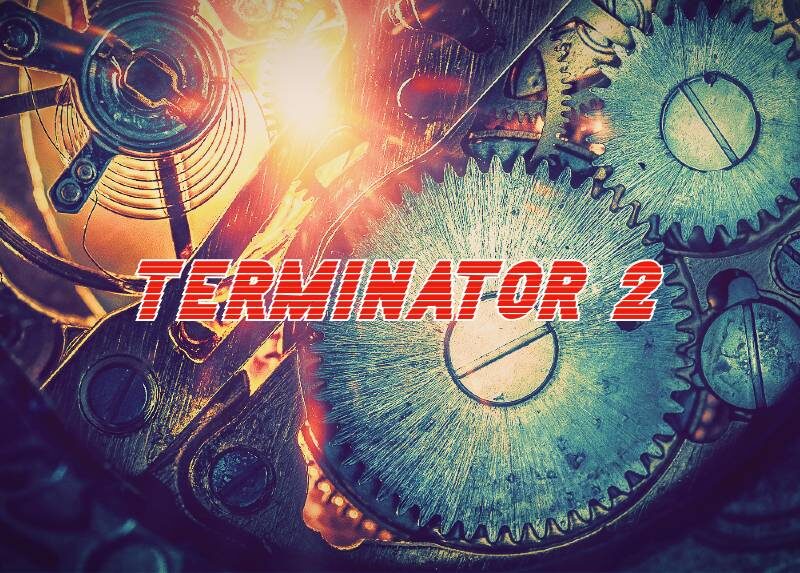 The prediction in Terminator 2 isn’t that machines will destroy us – but how they’ll replace us.

What is Terminator 2: Judgment Day about?

Ten years after a T-800 terminator (Arnold Schwarzenegger) tried to assassinate Sarah Connor (Linda Hamilton), the cyborg is back.

This time sentient computer Skynet sends a terminator back in time to 1994 to kill Sarah’s son before he can grow up to become leader of the human resistance.

The resistance in turn sends a modified T-800 to keep the Connors alive and avert nuclear war – but the T-1000 they’re up against is a vastly superior machine.

After surviving the first Terminator movie, Sarah Connor is back to tell us that, “3 billion lives ended on August 29th, 1997”.

The fear that computers will become sentient and destroy human civilisation may feel increasingly relevant in the digital age, but it’s not new. Ever since we’ve dreamed of robots, we’ve dreamed of them destroying us.

1983’s WarGames asks what could happen if a computer controls nuclear weapons, almost setting the stage for the Terminator universe. More recently, tech entrepreneur Elon Musk has said, “AI is highly like to destroy humans” (this CNBC article looks at the other side of Musk’s position).

Although humans create machines, we imagine we’ll be helpless in the face of their evolution. The Terminator franchise picks up on this tension.

One consequence of AI and automation is that computers usurp human roles. First, automation makes everyday life easier. Then it becomes the default for defence systems because it lacks human frailty. But once it reaches self awareness, Skynet doesn’t want to die. Who would, right?

The film shows us how this over-reliance and under-estimation of machines takes hold in 1994, before contrasting it with scenes of a destroyed future.

For example, computers make it easy to get money when you need it. Yet coding lets hackers like John Connor rob the ATM before you get there.

Then there’s gaming, which is everywhere in T2 – and has been the foundation for our relationship with social media ever since. In the film, this hints at the divide between popular computing (arcades) and how the state, defence and big business use it, i.e., in ways we can’t always see or comprehend.

And in the film’s vision of 2029, the machines underline this uneasy co-existence with machines by sending back terminators that look human.

Having usurped our jobs and decisions, Skynet literally replaces humans with machines. It channels human desires – to win, to kill, to control – into mechanical soldiers.

Both terminators look like men … with a symbolic twist. The T-800 becomes a biker (complete with glasses and attitude). The T-1000 is a cop. Both moreover are styled as the reverse of their intention – i.e., the badass biker turns out to be the good guy.

So the machines are better strategists and soldiers. And, it turns out, they’re better dads as well.

Terminator 2 and the dad paradox

In The Terminator, John Connor sends buddy Kyle Reese back in time to become his father. This means Reese dies before his own birth, and Connor effectively only exists because the machines take over the planet.

In Terminator 2, the resistance can’t send Reese back (because he no longer exists in the future). They instead send a father figure to save Connor: a modified version of the T-800 that tried to kill Sarah in 1984.

Logic loops aside, the T-800 gives John a childhood. It listens to him and plays with him, possibly for the first time in his life.

Sarah acknowledges this in her voice over:

Crucially, she adds the machine lacks human failings and frailties. It would never be too busy for John, or get drunk and shout at him.

“Of all the fathers who came and went over the years, this thing – this machine – was the only one who measured up.”

Ironically, Sarah is one of those failed father figures. She teaches John to reload guns rather than reach for hugs.

Sarah’s transformation is partly about replacing John’s dad. She loses her feminine curves and become hard-minded and ultra lean to protect him (compare Lady Macbeth). While the T-800 becomes more human, she becomes more machine-like.

But Sarah’s so wrapped up in averting nuclear war and the machine age that she starts treating John as an asset rather than her son.

The paradox is that John wouldn’t exist if Skynet didn’t want him dead. But likewise, he wouldn’t experience the softer side of love at all if it weren’t for a machine.

Just as John learns how to trust, the T-800 learns how to become human. In fact, the film repeatedly returns to existential questions. How do you know you’re human? And what makes our flawed thinking better than the cold logic of computers?

John’s interaction with the T-800 mimics aspects of the Turing test (aka the imitation game). Alan Turing devised the test in 1950 as a way of judging a machine’s ability to pass as human and, therefore, as a marker of artificial intelligence.

At first, the T-800 is robotic. It has no qualms about injuring or killing humans who stand in his way. And it’s about as poetic as a Speak & Spell.

This is partly down to Skynet’s master settings. As Sarah points out, it doesn’t want the T-800 to do too much thinking. The implication is that thinking and free learning are human attributes.

When they reset its chip, John is able to teach the T-800 how to talk human:

“You don’t say ‘affirmative’ or some shit like that. You say, ‘no problemo’.”

Language acquisition makes the T-800 sound more human-like, not least because his attempts at being human become funnier.

Free learning then enables the machine to ask the right questions to become more human-like. Why do we cry? And why is murder wrong?

John’s answers are funny, touching and tragic. We shouldn’t kill because we have feelings, and because we care for our species. And yet unlike machines, we kill for its own sake.

In turn, the T-800 explains why machines will dominate: “It’s in your nature to destroy yourselves.” Sarah makes a similar dig when she says that men like Miles Dyson only create death and destruction.

Humans create technology, then delegate the messy business of killing to it (defence, missiles, drone warfare, AI). But what we teach machines to do is the part of human behaviour we can’t face in ourselves.

Whether machines kill us or serve us, like the terminator’s flawless mimicry, we’re looking back at ourselves.

In T2, judgment day is the name given to the nuclear war that destroys the planet. There’s a parallel here with the Bible’s judgment day, i.e., the end of the world, when God will pass judgment on human souls.

The phrase has further significance in the film. When the Connors catch-up with Miles Dyson (Joe Morton), they lay 3bn deaths from nuclear holocaust at his feet. He retaliates:

“You’re judging me on things I haven’t even done yet.”

Dyson carries the can for the end of the world. He’s the creator-god and prime mover of the machines (and, like the God of the Bible, he ultimately sacrifices himself to save Mankind).

His character also fulfils an Everyman role in the movie, where the broader judgment is on human endeavour and masculine ideas of creation that only cause death and destruction (see also Alien).

Judgment day exists within the plot as a moral choice characters must make about fate and destiny.

For guerilla fighters like the Connors, “the future is not set. There is no fate but what we make ourselves.” They refuse to believe the apocalypse can’t be stopped.

The unanswered question is what we – the audience, the global population – choose for ourselves and the future of the planet. It’s a loaded question, because history and human nature suggest that choice has already been made.