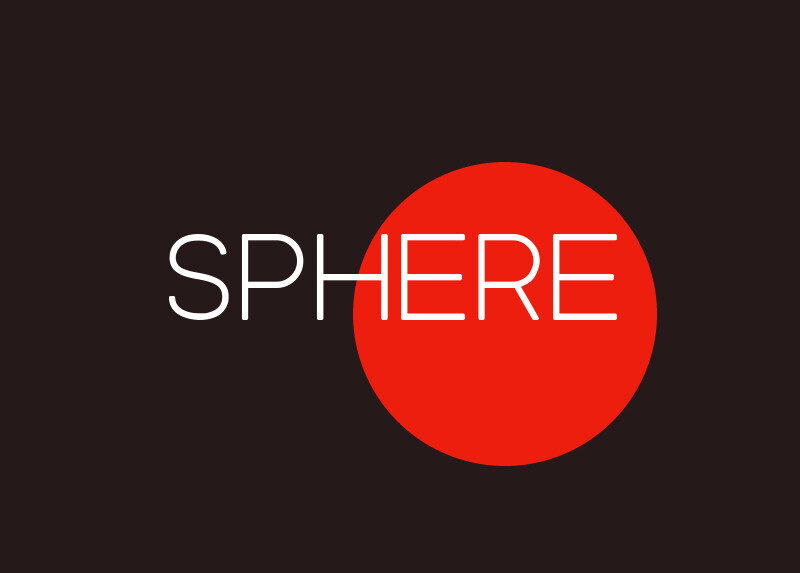 A welcome party for a crashed alien spacecraft finds only a mysterious sphere onboard – and soon fall under its spell.

What is Sphere about?

A classified government agency summons psychologist Norman (Dustin Hoffman) to a top-secret location in the Pacific Ocean. He thinks he’s there to help survivors of a plane accident. In fact, the ‘plane’ is an alien craft, and Norman has been chosen to make first contact.

He’s joined by biochemist Beth (Sharon Stone), astrophysicist Ted (Liev Shreiber) and mathematician Harry (Samuel L. Jackson). Each is at the top of their field, but once they enter the spaceship, they fall under the spell of its strange cargo – with deadly results.

This page unpacks and analyses the 1998 film adaptation of Sphere, rather than the source novel by Michael Crichton. Either way, expect spoilers.

Sphere is a movie with big ambitions – so much so that it’s a little overloaded. Still, at heart, it’s about fairly simple, if fantastical, concepts.

The ULF (Unknown Life Force) team assemble because of a report Norman wrote years ago. Never dreaming it would be used, he invented a bogus protocol for alien contact – including a team of experts made up of his mates. That detail spells trouble later on.

Onboard the spaceship they find signs in English, and realise it’s an American craft. Flight logs show the ship hitting an ‘unknown entry event’ in the future – a black hole that plunges it into Earth’s past.

Harry deduces this means they don’t make it back to tell anyone about their findings. Otherwise why, 50 years in the future, doesn’t the ship expect a black hole?

The ship’s alien cargo – a giant sphere – makes this grim prediction more likely. Harry, Norman and Beth are pulled inside one by one.

The sphere gives them the power to make dreams reality, but their worst fears end up killing their team mates.

Beth, Norman and Harry narrowly escape. Later, they use their powers to forget everything that happened (losing their abilities as a result). This is why they never tell anyone about the black hole: they don’t know about it.

Why doesn’t the crash damage the ship, but a hammer chips it? Ted explains the craft may not have crashed into the sea but materialised there (via the black hole).

Aside: manifesting the despair squid

Sphere is an adaptation of Michael Crichton’s 1987 source novel of the same name. But a very similar plot features in Back to Reality, a 1992 episode of cult British sci-fi sitcom, Red Dwarf.

Whether homage or coincidence, arguably Red Dwarf pulls off the concept more successfully, at least in being leaner and less convoluted, and the final reveal more satisfying as a result. The whole series is worth looking up.

Also of note is that Sphere shows us the dark side of manifestation – or perhaps, the dangers of catastrophizing (i.e., imagining the worst). Yet long after the film’s era, manifestation has become big business as a wellness and wealth generation tool.

How they meet their worst fears

The sphere gifts Norman, Harry and Beth with superhuman powers: whatever they think, happens. Sure, they could have imagined world peace, a cure for cancer or even to actually meet aliens. Instead, their minds take them to some very dark places.

Coincidentally, the three who go into the sphere are the only ones to survive. They gain mastery of their environment, unleashing a series of plagues and disasters that kills the rest of the crew.

The paranoia and deadly hallucination they dredge up almost kills them too, until they wake up to reality in the nick of time.

Actually, the film’s first act foreshadows the psychological Room 101 waiting down below. Each of them parades their worst fears, guilt and paranoia long before finding the sphere.

How significant is it that Norman is a psychologist? He’s a trauma counsellor … so it doesn’t entirely make sense why the US government would ask him to write a report about aliens. Maybe it’s his side gig.

Still, it buys him entry to the big show, where his profession proves handy. Norman explains the significance of certain events to the audience, building the film’s tension. For instance, why we need to worry if “Jerry” gets mad.

He also explains the sphere’s dark magic in psychological terms. i.e., it’s like the way a child thinks the things they imagine really do happen.

This is why the monsters are dream-like: they’re rough representations of worst fears. Beth even notes the jellyfish are “not God’s creation”. And they’re not – they’re Norman’s recreation of the creatures that hurt him.

Interestingly, the plot also mirrors the therapeutic journey. Sphere takes us into the psychological darkness that lies below. The film’s chapter titles reinforce this, moving from The Surface to The Deep and Analysis, and so on.

Having sunk to the depths, Norman and co. slay their demons – a little too literally – work through unresolved trauma and return as better, more rounded people. Moving on means erasing any memory of their part in the death and destruction. That’s certainly another kind of survival.

Although Norman signposts much of the plot, he’s not always reliable. When he says the sphere has given Harry dangerous powers, he conveniently forgets he’s been inside it, too.

Nonetheless, his explanation highlights the grey area of the whole manifestation concept:

“It’s really frightening because you don’t know whether it’s really real, or whether he’s made it real for us to believe it’s real.”

Yep, that’s clear as mud. The question is: do they really manifest fire, flood and killer squid? Or is it a hallucination so powerful that everyone in the vicinity experiences it, and responds, as though it really happens?

Well, it’s likely the latter. The clue comes at the end of the film, when the three survivors race to the mini sub – only to find themselves back in the spaceship. In the grip of despair, they initially respond as though it’s really happening. It’s only when they wake up to reality that they escape.

In other words, the sphere gives them the power to manifest their thoughts, feelings and dreams as group hallucinations. But by bringing their subconscious thoughts into the open, they’re increasingly gripped by paranoia and fear. This results in the death of others – i.e., their real or imagined enemies.

It’s also what happened to the crew of the spaceship, at least one of whom has been bludgeoned to death rather than killed in a freak accident. This, then, is the end product of the sphere’s mystical powers.

When we see Harry wake up just before the jellyfish attack, we assume he’s causing it. In fact, Norman manifests the jellyfish; Harry creates the alien code that flashes up on screen at the same time.

Similarly, when Norman asks Beth if she’s sure she didn’t go into the sphere, she avoids answering … while shaking her head. Actions speak louder than words, and all that.

She’s not the only evasive character. The helicopter pilot in the opening scene sidesteps a question about where they are, while Barnes won’t confirm or deny who he works for. This narrative is intentionally full of unspoken information and ambiguity.

There are more troubling questions, though. The biggest is: whose footprints did they find on the spaceship? We never find out … and it rather suggests a plot hole.

Some of the film’s gambles also ramp up the complexity of the story. Sphere’s improvised scenes may feel natural, but without the familiar cues usually present in scripted speech, it can be harder for an audience to know what’s coming. Or why.

That’s particularly tough given there are so many backstories, lies, misdirection and magic happening at the same time.

On the other hand, this is a neat little allegory for storytelling. That is, the characters are trapped in a disaster movie of their own making. Each asks: what’s the worst that could happen – and then endeavours to get out of it alive.

Weak spots aside, Sphere is a bold story with a satisfyingly downbeat conclusion (or is that just me … ).

In it, humans are masters of technology who conquer intergalactic travel and play among the stars. But when handed the gifts of the universe, we’re forever hampered by overthinking and our baser instincts. We may look up to the sky, but we’re tethered to the darkness below.