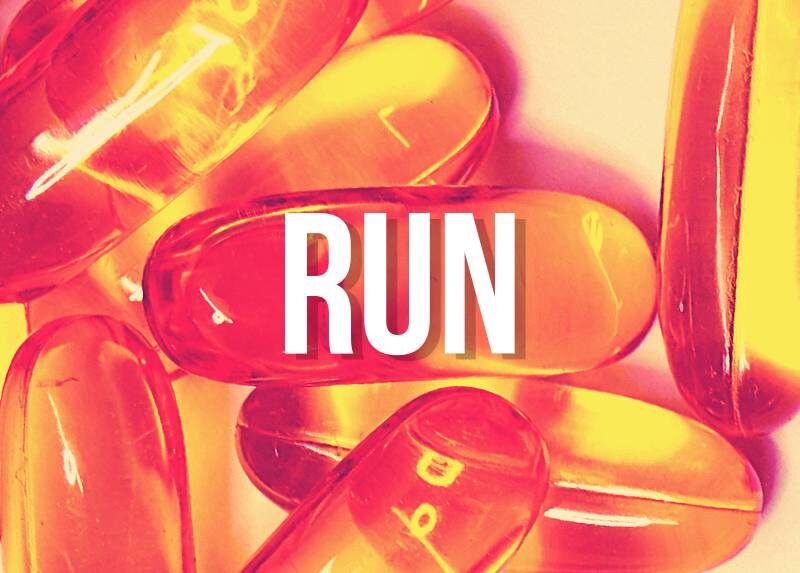 What is Run about?

Teenager Chloe has her heart set on going to university and after a lifetime of illness and homeschooling, it looks like it’s about to happen. Then a chance discovery reveals her mother is hiding a dark secret – and the truth blows Chloe’s world wide open.

This page unpacks 2020 psychological thriller Run – with spoilers. Some of these give away what happens in 1990 horror Misery as well. Consider it a bonus, I guess …

Run is about a paralysed protagonist held hostage by the carer who – no, wait, that’s the plot of Misery. And yet, it’s also the plot of Run; both films riff on obsessive love at its most extreme.

In Misery, Paul Sheldon breaks his legs in a car accident. When nurse Annie Wilkes rescues him it feels like a lucky escape. Then Paul realises she’s hell-bent on controlling him.

Run swaps out these basic ingredients. The middle-aged man is now teenager Chloe Sherman (Kiera Allen) and the killer carer her mother Diane (Sarah Paulson). But where Annie finds Paul injured – then sets about keeping him that way – Diane manufactures and maintains Chloe’s illness over a whole lifetime.

Both films are also set in remote locations that come to mirror the protagonist’s central danger: isolation.

Misery’s lead character is truly cut off from the outside world. This is a time before widespread internet and cellphone use, plus the phone lines are down. In Run, Diane controls – or destroys – Chloe’s access to the internet, and denies her a phone of her own (there’s a similar lack of privacy in Black Swan).

Both characters undergo similar episodes of pill hoarding and crawling, and encounter a last-minute, would-be rescuer. And, of course, there’s a basement and scrapbook of past sins in both films.

As you might expect, director Aneesh Chaganty was inspired by Misery. Homage aside, stories of obsessive, dangerous love rely on similar elements, including isolation and dis-ability.

Speaking of which, Run’s Kiera Allen was “the first real life wheelchair user to star in a major thriller in 73 years”. 73 years! And yet the portrayal of disability in both movies is questionable, in that it’s something done to others, like a punishment.

Isn’t it interesting that Misery’s female villain is a nurse, and in Run, she’s a mother? The roles mimic social expectations about female nurturing, in which nurse and mother mean the same thing.

Real women are all shades (and none) of nurturing, yet social narratives expect or demand they be mothers or maternal. This conflates biology with personality, though you have to wonder if it’s also not at least partly convenience, given women bear the brunt of unpaid work.

Storytellers, then, can easily unseat their audiences by unmasking women as unmaternal. Ironically, it works by giving female characters emotional depth that breaks the confines of expectation.

In real life, too, crimes by women are often contextualised by gender. Their power to deceive victims can be attributed to their being female (said of serial killer Myra Hindley and convicted sex offender Ghislaine Maxwell). And sometimes public shock is magnified when crimes seemingly contradict expectations of feminine duty.

Run uses these expectations to wrong foot us.

The film’s opening scenes depict the tragedy of a dying newborn. Devoted mom Diane won’t give up, however – she prays the child back to life. We accept this as plausible because we expect [demand] that Diane must love her child enough to save her.

When we meet Chloe as a teenager we don’t question this is the same child. Chloe is ill – which tallies with the sick baby – and her mother still dotes on her. And why else would mothers dote, except out of boundless motherly love?

Diane probably has some form of Munchausen syndrome by proxy. She feeds Chloe a cocktail of drugs to keep her dependent and disabled. Tellingly, one of these drugs is a canine muscle relaxant. Essentially, she creates a pet for herself and ensures it can’t run away.

When Chloe catches on, Diane claims she does it out of love. Really it’s because allowing Chloe to grow up would render Diane unnecessary (see also The Nanny). Instead, Diane fixes it for Chloe to remain frozen in infant dependence.

There’s an added complexity here, though. Diane could just be an overbearing mother – after all, some parents are. However, Run gives her a loophole. How can such a loving mother being so cruel? In narrative terms, it’s because Chloe isn’t her biological child.

Chloe’s discovery of the death certificate completes the loop of the film’s opening scenes, revealing that we too have been gaslit. We see a dead or dying child and assume it somehow survives. In fact, Chloe number one died and Diane snatched a newborn to replace her.

This reveals the extent of Diane’s supposed crimes against feminine nature. In this narrative she’s not a mother, because her ‘real’ child is dead. But she’s also not a mother because she puts her own interests above her child’s welfare.

Side note: there are no significant male characters in Run. When a last-minute saviour appears the plot promptly kills him off, as if to say: “this isn’t that kind of movie – and no woman needs a man to save her.” Which is a fair point, and yet it makes for a curiously one-sided universe. Ultimately, this movie is wrapped up in the machinations of mother love.

The film shows us Diane’s true nature right from the start but, like Chloe, we’re conditioned not to notice.

While other homeschooling parents get upset about their kids leaving home, Diane remains upbeat. Chloe is bright and well adjusted, and Diane is nothing but proud.

It’s all performance. Diane is calm because she knows Chloe isn’t leaving. The clever inversion of this scene presents the other mothers as clingy and manipulative, while Diane is saintly and sacrificial (exactly as we expect mothers to be).

The film’s opening texts serve a similar purpose. When the title card reels off a list of illnesses our brains complete the gaps to create the story that follows; we connect the medical definitions with the baby and teenager on screen.

Naturally, the existence of a basement is the biggest signifier of deception. There’s life above ground, and there’s an inverted truth lurking just out of sight.

Later, Chloe uncovers the complete story for herself. The basement is part chemistry lab for Diane’s marvellous medicines, and (as in Misery), part greatest hits archive of her worst crimes.

The scrapbook mechanism is handy for audience exposition, too, and illustrates why the film works best when it keeps us in the dark. If all the misdirections fire as they should, we uncover the truth only as and when Chloe does.

Run weaves together circumstances to trap the protagonist at home. Like other films in the genre (the housebound detective), imprisonment comes about both via a remote location and illness, the latter often another kind of isolation.

Technology also enables the story – and its characters – to interact with the wider world. They’re unable to go outside, so tech brings the outside in.

At first, Chloe uses the internet to do this, though Diane limits her access (notice how the computer is kept downstairs, while Chloe is reliant on a wheelchair and stair lift to get to it).

Later, Chloe dials up outsiders to create a connection with the outside world. Note she doesn’t go so far as to call the police or ask someone to send help, as that would short circuit the story. Instead, her questions stand in for the knowledge she might otherwise glean from a search engine.

When trying to convince a pharmacist to tell her the name of the rogue pills, Chloe claims she’s playing a real-life escape room. Actually, there’s some truth to that.

As in The Game, reality becomes a real-life escape room; Chloe must solve puzzles to unlock doors and move between levels. This happens quite literally when she uses engineering skills and brute force to break out of her room and get downstairs.

But if the plot mirrors the escape room mechanism, it’s also an allegory for growing up. Chloe wants to go to university and become independent; quite naturally, she wants to separate from her mother.

Run recasts the trauma of puberty as a tale of physicality out of control, and a mother who won’t let go. And yet inevitably, Chloe grows up; she gets her separation – and it happens twice.

The first time is when Chloe tells Diane she doesn’t need her, firing the emotional bullet of separation. A second later the police fire the bullet that drives the message home.

The film’s coda follows this up seven years later. Diane is in prison, but legal justice isn’t enough for Chloe. She feeds Diane the very same muscle relaxant pills. This secondary incarceration traps Diane within her own body.

Two things stand out here. Firstly, Chloe has learned to walk with an aid: she’s standing on her own feet, a phrase connected with growing up and independence.

Secondly, she retrieves the pills from her mouth, bringing to mind the image of birds feeding their offspring. Essentially, the tables are turned: Chloe has taken on the role of nurturer (she also has kids of her own).

It’s a fitting punishment in that it mirrors the awful things Chloe experienced growing up. But it’s also the same abuse under a different name. You have to wonder whether Chloe really is her mother’s daughter after all.