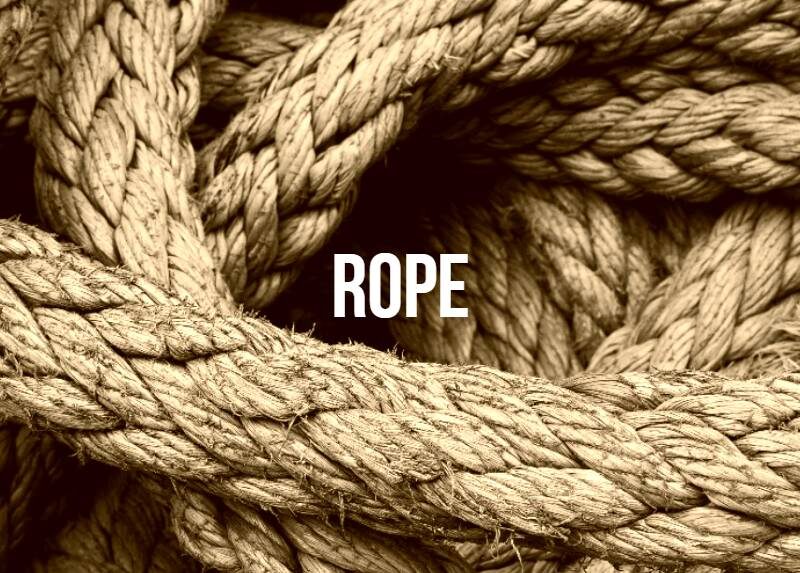 Rope is a menacing iceberg of a movie – much of its significance lurks beneath the surface.

What is Rope about?

Flatmates Brandon (John Dall) and Philip (Farley Granger) murder former school chum David Kentley for the thrill of it. They then invite his family and friends to a dinner party – and hide David’s body in a box in the middle of the room. As the guests grow anxious for the missing boy, one man quietly stumbles onto the truth.

Rope is an adaptation of a 1929 play by British playwright Patrick Hamilton. Both versions have parallels with the lives of Nathan Leopold and Richard Loeb.

These wealthy college students murdered 14-year-old Bobby Franks in 1924. According to their interpretation of Nietzsche’s Übermensch (‘super man’) philosophy, their intellect entitled them to murder inferior people (see also Brightburn).

After killing Franks, the pair joined the hunt for the missing boy. They also staged a ransom to delay the body’s discovery.

But despite planning ‘the perfect crime’, the boys made several blunders and were caught. Their trial was a media sensation – but they escaped the death penalty because of their youth.

Rope picks up this thread of culpability in young killers. Like the trial, it asks who should share the blame for encouraging or enabling murder.

How Rope revisits Leopold and Loeb

In Hitchcock’s film adaptation, Brandon and Philip stand in for the Leopold and Loeb characters.

Brandon is the stronger partner. He’s a sociopath who doesn’t regret the murder – although note he has Philip carry out the killing.

The pair then play a sadistic game with David’s friends and family. Like the ransom plot, this serves to distract and mislead. Brandon also takes a lot of pleasure from it.

Real-life killers Leopold and Loeb were undone by oversight and coincidence, and so are Brandon and Philip – for instance, by leaving David’s hat in the closet.

They also invite their former housemaster Rupert Cadell (James Stewart) to the party. Brandon craves the older man’s approval. Instead, Rupert deduces the crime – and is disgusted.

Yet Rupert isn’t innocent. His ideas about murder encourage Brandon and Philip to kill, in the same way the real killers misused Nietzsche’s philosophy.

There’s lots of hidden knowledge in Rope. Characters dance around the truth and in and out of the dark (more about that below).

The film itself also masks the on-screen representation of homosexuality, which Out magazine describes as a gay code (see also Hitchcock’s adaptation of Rebecca).

This reveals Brandon and Philip as lovers rather than flatmates. Theirs is a twisted relationship in which one dominates the other sexually, psychologically and morally.

This connects with Leopold and Loeb, who were lovers in a similarly manipulative partnership.

But is this an own goal for Rope’s gay coding? If the film shows ‘the love that dare not speak its name’, it’s as context to a depraved killing.

Still, the subtext lends a hypnotic quality to the film, in which there are layers of hidden truths, from the body in the box to the lovers in the closet.

Rope and the pattern of three

Brandon kills David then schemes to reunite his girlfriend Janet with her ex, Kenneth. This sets up a creepy love triangle between Janet, Kenneth and David’s dead body (lying just feet away).

But Brandon is Janet’s ex, too. He even suggests Janet strategically trades up boyfriends before hooking the wealthy David.

Yet if his scheming here is a lover’s revenge, it’s not the reason for the killing. Brandon is far more in thrall to notions of superiority. His manoeuvring of the others is exactly that: a god-like act.

Ultimately Brandon and Philip kill David because he’s weak. He’s too good, too studious … perhaps too angelic. They kill him because they can.

The act represents yet another love triangle in the film, returning us to the film’s gay coding.

This is the final love triangle in the film. Brandon craves Rupert’s approval and collusion (possibly as a short-hand for sex or love).

The film’s triangles aren’t all about love, though.

Several scenes consist of close-up conversations between three people dancing around the truth. The technique repeats countless times through the film, most memorably in the film’s first and final scenes.

Hitchcock appears in each of his movies as a fleeting extra. His presence is Rope is one more bit of buried knowledge in a film all about hidden truths.

Hitch’s silhouette appears as a neon sign during the dinner party. It’s briefly visible between Kenneth and Janet (creating yet another triangle).

But there’s a less obvious cameo. Mrs Atwater and Janet misremember the name of a film, calling it ‘Something’, starring Cary Grant and Bergman. They’re talking about Notorious, which Hitchcock released 2 years earlier.

Rope’s famous cinematic technique appears to tell the entire story in a single uninterrupted shot. In fact, the camera pans in and out of dark surfaces to hide the transitions.

Yet there is one explicit cut.

The film opens with a shot of a brightly lit street. It’s daytime, and people are going about their usual business.

Then the camera pans to Brandon’s apartment: the curtains are closed. This immediately suggests something illicit (sex is the obvious assumption).

The story then continues from inside the darkened drawing room.

So why is this significant?

The dance between light and dark crops up repeatedly in the film. It stands for good Vs evil, knowledge Vs ignorance, and the tensions between the opposites.

The importance of the rope

As you’d expect, rope is crucial to the film – but it appears in a number of ways.

As a theatrical device, the rope is a grim reminder of the killing. Its repeated appearance stokes the dread of discovery.

It’s also a way of keeping David present after he disappears in the opening scene (though note his speaking part in the film’s trailer).

The idea of rope also bookends the film. At the start, it’s the murder weapon. At the end, it’s the rope that awaits Brandon and Philip.

The killers take David’s life with a length of rope. Now the state will return the favour. This is what Rupert means when he says they’ll die. He means execution – a life for a life, in the name of justice.

Murder is a privilege for the few

Brandon and Philip murder to prove a point. But are they solely to blame?

David’s father is deeply insulted by the idea that some lives are worth less than others.

When Rupert and Brandon lay out the theory during the party, Mr Kentley says:

“Obviously you agree with Nietzsche and his theory of the super man. […] So did Hitler”

Keep in mind Rope was released shortly after WWII, when Hitler’s ideology caused the murder of millions of Jews.

Brandon quickly distances himself from fascist thugs, yet neither he nor Rupert recognise their ideas spring from the same well.

Rupert says that murder is an art, and as such, should be for the privileged few – i.e., superior individuals. His philosophy encourages Brandon and Philip to kill.

However, just as the Nazis misappropriated Nietszche’s words for their own ends, the final scene sees Rupert claim a higher ground:

“You’ve given my words a meaning that I never dreamed of! And you’ve tried to twist them into a cold, logical excuse for your ugly murder!”

He distances himself – and his beliefs – from Brandon’s actions: “There must have been something deep inside you from the very start that let you do this thing.”

This is Rupert’s moment of truth.

“Until this very moment, this world and the people in it have always been dark and incomprehensible to me. And I’ve tried to clear my way with logic and superior intellect.”

It’s a devastating revelation, but one that commits Rupert to being a better man.

What the ending reveals

The film ends with the return of the light.

Rupert throws open the chest, letting in the light. The discovery also reveals his self-delusion, and the false idol that Brandon and Philip have created.

He dismantles their flawed philosophy with a simple demonstration when he fires the gun. He tells them they’re not above society. And now, society will serve them justice. This is the soundtrack that ends the film – the gun shots, and voices gathering in the street.

“By which right do you DARE to say there’s a superior few to which you belong?”

They’re fine words, and fine concepts. Yet, like 12 Angry Men before it, this is a justice that – in the film’s era – is only accessible to white men.

Hitchcock’s film contains an awakening about the value of human life and the danger of hierarchical thinking, yet it stays silent on segregation.

The racial hierarchy which denied the humanity of Black people was in force in movie theatres where the film was shown, and would continue in the US for decades to come.

What to read or what next