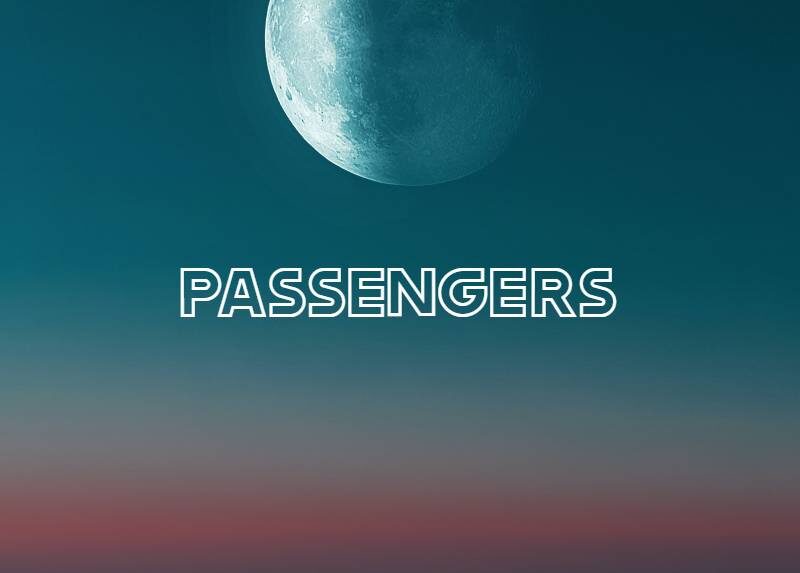 Sci-fi romance Passengers asks big questions about love, consent and our future in the stars. Spoilers.

What is Passengers about?

The colonists plan on starting a new life far from Earth. But 30 years into the journey a meteor strike causes a malfunction that wakes passenger Jim Preston (Chris Pratt) way too early.

Once awake, Preston he can’t put himself back to sleep for the remaining 90-year trip. He then wakes fellow passenger, Aurora Lane (Jennifer Lawrence) – marooning them both on a malfunctioning spacecraft with no hope of rescue.

The parallels with Sleeping Beauty and Snow White

In Disney’s 1959 animation, Sleeping Beauty, evil fairy Maleficent curses Princess Aurora to die before her 16th birthday. But, rather than dying, her fairy godmothers fix it so that Aurora will instead fall into a deep sleep – a spell that can only be broken by true love.

In another classic tale, Snow White bites a poisoned apple and falls into an eternal sleep. She’s placed to rest in a glass coffin, where she stays until a passing prince falls in love with her looks. He kisses her, waking her from her slumber.

Like these traditional fairy tales, Passengers begins with a man deciding the romantic fate of the woman he loves. But it ends with the princess becoming the action hero and finally deciding her own fate.

The original Avalon is the legendary island of Arthurian folklore. When android Arthur tells Jim he’s never been stranded on an island, it’s only half true: they’re all stranded onboard the Avalon. Incidentally, Arthur’s only purpose in Passengers is to tell Aurora Jim woke her on purpose …

It’s fitting that Passengers borrows from Sleeping Beauty and Snow White, because its big question is about consent.

Women were considered their father’s property until marriage, and then they belonged to their husbands. For a prince to kiss Snow White and Sleeping Beauty without consent wasn’t seen as problematic so much as aspirational.

Passengers does a good job of inspecting what this looks like in modern times. Like a fairy tale prince, Jim Preston falls in love with the sleeping Aurora. He then convinces himself it’s OK to violate her privacy and human rights.

Aurora spells out why this wrong:

Later, Jim sacrifices himself to save the other 5,000 passengers onboard. This is a way of redeeming himself in Aurora’s eyes (and assuaging his guilt). By stepping up with truly heroic actions, he becomes a more worthwhile prince.

In this way, the film doesn’t stray too far from those original fairy tale tropes. Like Snow White and Sleeping Beauty, Aurora Lane overlooks the violation done to her because of love (or, arguably, because it’s the safer thing to do, considering she’s trapped on a ship with him).

However, the film makes this more palatable.

A common twist of the romance genre is to have female characters gain financial or other freedom before they find true love.

By turning Aurora into the prince figure, she gains power and becomes an equal worthy of the hero’s love.

At this point, Jim belatedly gives her back her agency. This time, when asked if she’d like to return to stasis, Aurora chooses to live in the moment with him.

Actually, she chooses to live out all her moments with Jim. Rather than trying to rescue themselves, the stay on as the ship’s custodians and gardeners – with shades of Adam and Eve.

By the time the rest of the passengers wake up, they’ve transformed Avalon into an Eden overflowing with lush vegetation.

This is also fitting in a way, as for a time Jim and Aurora are the only humans around.

Waking up to reality

It’s problematic that a tale of stolen consent also comes with a message for the female character to embrace.

Here, Aurora learns to appreciate happiness right now, rather than pinning it on future events or achievements. She says they (and we) are passengers because we’re not the architects of our futures.

In 1999’s The Matrix, Neo learns most people are ‘asleep’ – but gets to choose to wake up and live in the moment. On the Avalon, being asleep also stands for being blind to the present moment. When Aurora wakes up … she ‘wakes up’ to a new perspective.

Fate can take us to quite different ends, but it’s possible to still be happy with whatever you have at the time. At least, this is how the film resolves its central conceit. In doing so, it presumes we’ll agree this is a romance for all time rather than the story of a woman who falls in love with her captor – Stockholm syndrome style.