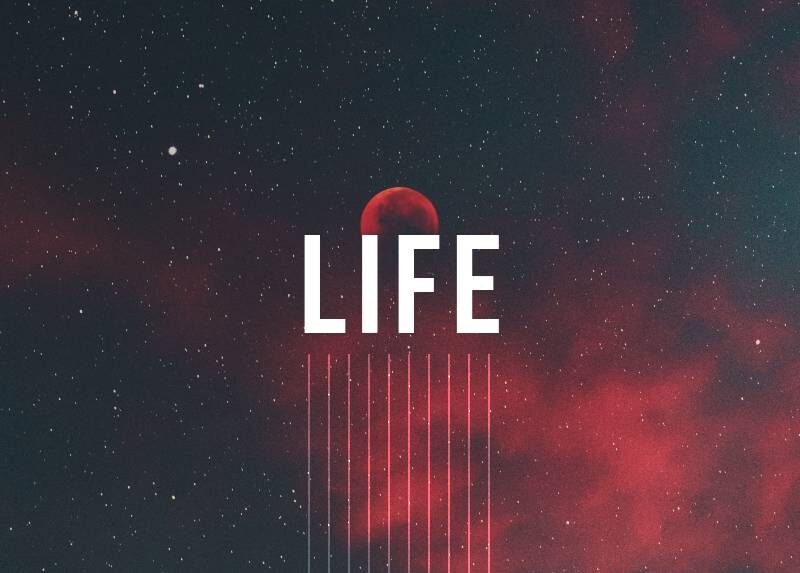 How sci-fi horror Life swaps little green men for red herrings – and why sacrifice is key to tales of space and survival. Spoilers.

What is Life about?

The crew of the International Space Station intercept a Mars probe that may hold the biggest scientific discovery to date: evidence of life beyond Earth.

Onboard the ISS, biologist Hugh Derry reanimates a dormant microbe from the probe’s soil sample. “Calvin”, as the organism is soon known, evolves rapidly. There’s just one problem: as the alien entity matures, it gets very smart, very fast … and it’s primed to survive at all costs.

This page explains the meaning of Life. That’s the 2017 sci-fi horror film, rather than solutions to existential angst. Stick around either way – there’s often crossover.

For the most part, this story runs on a well-worn groove: astronauts pick up an alien entity, and the alien picks off the astronauts. Sounds derivative? Actually, that familiarity is a red herring.

Rather than a series of deaths, followed by triumph or the suggestion of hope, Life bends the rules of story resolution. There’s no last-minute escape. Instead, the film kills off all its characters … and then the planet.

This pay-off relies on a number of earlier twists:

Now, depending on your tastes, the final twist is either bold storytelling or cop-out. Certainly, it introduces the bigger story – the destruction of humanity – only to leave it hanging.

It’s jarring because sci-fi is broadly redemptive: if the genre shows us the worst of times, it’s usually balanced by hope. Life subverts this, showing us humanity’s good side (sacrifice – see below), only to leave us with annihilation.

However, Life is also a horror film, a genre often defined by ambiguity and endless endings. As such, its reversal of fortune is both gruesome joke and right on the money.

With the rest of the crew dead, Miranda and medical officer David (Jake Gyllenhaal) have one last chance to save the planet.

David lures Calvin into an escape pod. He means to manually override the auto-pilot for as long possible, marooning himself – and the killer creature – in deep space. This gives Miranda a chance to escape in the other pod, and raise the alarm back on Earth.

After the two pods launch, one is hit by debris that sends it careering into space. The other lands safely on Earth.

While this looks exactly like David’s plan, it’s anything but. Miranda’s pod is the one hurtling into space, while David – and Calvin – makes it back to Earth.

There’s a hefty bit of irony in this ending. Of all the people on the ISS, David is the one who doesn’t want to come back.

More to the point, he doesn’t want to come back because humans only know how to kill, hurt and destroy. The kicker? David is carrying the ultimate weapon of annihilation.

If we were to extend the film’s linear progression of death and genre subversion, it almost certainly ends in planet-wide annihilation.

Again, this is a common horror device, whereby the story’s trajectory continues after the movie ends, independently of us, the audience. Sometimes that allows for sequels, sometimes it’s just about lingering dread.

There’s a parallel in the film’s ending with David the android becoming “death, the destroyer of worlds” in Alien: Covenant (also 2017).

More than any other cinema profession (…probably), sacrifice is hard-coded into the astronaut job description. This is particularly true of films that send people into outer space for the good of humanity, though we also see it in films with space-like environments (i.e., ocean-floor movies).

Miranda and David are both willing to die to save the human race. And so they do … just not in the way they expect. Miranda is lost in space, while David becomes a suitcase for the alien entity.

They’re not the only ones, however. The rest of the crew are also willing to die for others.

Who’s missing? Hugh’s missing. He either doesn’t know Calvin is feeding on him, because he has no feeling in his legs, or he deliberately lets it in. Why? Because ambiguity and genre subversion. But also because Hugh ‘creates’ Calvin, and so has a connection with it.

Either way, it makes Hugh a Trojan horse – with shades of Alien’s Kane (John Hurt). It also foreshadows the end of the movie, when David likewise becomes host to the parasitic alien.

Here’s a question: does the same alien kill each crew member? Well, maybe yes and no.

Hugh discovers a single-cell organism in the Mars sample. A few days later, the neighbouring cells converge (though each cell can function independently as eye, brain and skin). Together, they’re not a colony but a complex organism, a delicate thread-like bundle of cells that can respond to its environment.

Then Calvin goes dormant again. This time, the organism Hugh awakens is a different kettle of fish.

In fact, the alien takes on increasingly complex forms and behaviours each time it kills (or perhaps each kill gives it the energy to level-up).

Incidentally, everyone dies a different way each time, too. Kat drowns in coolant, while Calvin ingests Rory, drains Hugh, and keeps David alive as a kind of battery.

We’ve been dramatising the Martian threat since at least the 19th century. Life revisits this sci-fi staple … with a spin.

Rather than technologically advanced or even humanoid beings, this Martian isn’t intelligent. Or so we think. Miranda fears biological threat, i.e., anthrax, yet no one predicts a co-ordinated attack. It’s just bacteria, right?

But as well as changing form, Calvin gets really smart, really fast.

When Hugh and Calvin first interact, the scene parallels Michaelangelo’s The Creation of Adam (when God and his creation almost touch). Later, Calvin turns this mimicry to devastating effect: it pulverises Hugh’s hand, then uses his glove to escape from containment.

Clearly this tiny creature has a big brain. Or, more to the point, is all brain. And each time it grows, it becomes more intelligent.

Later, the alien jettisons Kat’s body before she drifts away from the ISS. This is good cinema, but troubling. It implies either animal-like instinct, or an intelligence that matches our own.

The sequence repeats at the end of the movie, when Calvin once again clings to existence.

How much does the alien control this outcome? Well, the way it doesn’t kill David, but rather stops him overriding the auto-pilot, suggests strategy. Just as with Kat’s death, Calvin intuits where its largest food source lies – then adjusts course.

The meaning of life

For a one-word title, Life makes a meal of ambiguity. That’s quite fitting, though, as the title’s shifting meaning reflects the story’s false turns and red herrings.

Early in the film, Hugh says the alien cell could teach us about the origins of life, and extend its limitations. He’s talking about avoidable death and disease, but he also means his own physicality.

In fact, the alien does show us our evolutionary blueprint – and it’s a brutal contest for survival. The film highlights the connection between the monster and us when Hugh reanimates the amoeba using an atmosphere like that of proterozoic Earth.

But if the alien represents our distant past, it’s now faster, more strategic and far deadlier than the crew. Why is this?

The crew certainly don’t want to die. But aside from the breaks of evolutionary divergence, what separates their complexity from Calvin’s is valuing life beyond their own. Obviously our drive to survive is at least partly about individual existence, but also about the continuity of our species, and of those we love.

The stories we tell often celebrate this kind of selflessness and sacrifice for the greater good. It makes us more than animal, and yet at the same time, it isn’t always a tool of survival.

Of course, there’s some romanticising here. Noble characters in fiction, even when alone, are part of an ‘us’, a group identity (or colony … ). Like heroism, this identity asserts itself when the chips are down. And sure, there’s some similarity with the ‘us’ of military training and corp narratives.

At the very least, it’s a belief in the afterlife – not necessarily of gods and heaven, but the comfort that dying isn’t the end if our lives have meaning. Even David, who doesn’t rate human nature, is hard-wired to protect it from destruction.

In facing death, the crew truly feels what it means to live. In their final moments, what each determines is that life – like love – is most meaningful when you gift it away. The Stepford Wives and feminist dystopia