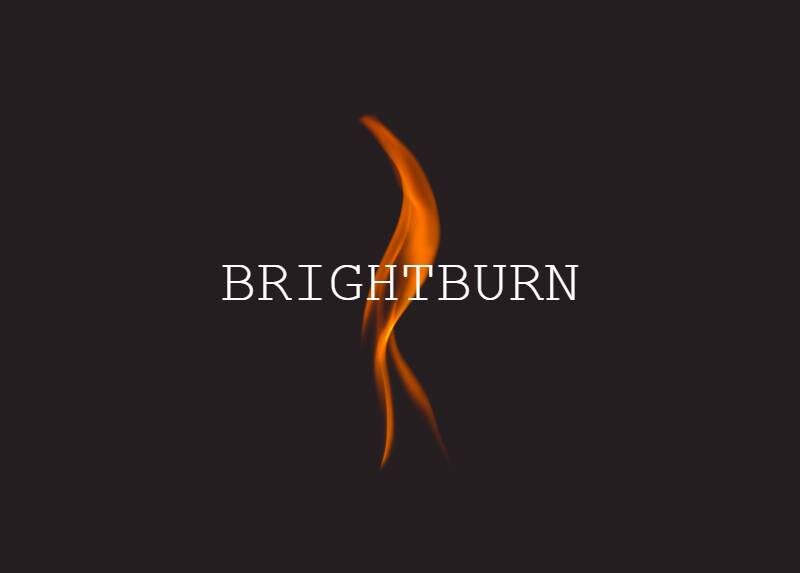 Its creepy reversal of the Superman story is clever, but Brightburn shows the superhero genre has always had a dark side. SPOILERS.

What is Brightburn about?

Tori and Kyle Breyer desperately want a baby. They get their wish when an alien spacecraft crashes near their home in Brightburn, Kansas. The Breyers adopt and raise the pod’s infant passenger as their own. But as Brandon grows up it becomes clear he has superhuman abilities – and murder in mind.

Brightburn is the Superman story flipped on its head. However, rather than creating an evil twin – a clone or super villain – the film overlays the original tale with a more cynical line of questioning.

The Superman origin story sees a baby sent to Earth in an escape pod. It crashes in a small town in Kansas, where a farmer and his wife adopt the infant hidden inside. When baby Clark grows up and discovers his superpowers, he dedicates himself to saving humanity as Superman – with parallels a-plenty to Jesus.

How does Brightburn flip this? Firstly, there’s no backstory of escape. There’s no dying planet, and no parents flinging a baby into outer space. Instead, an object comes hurtling out of the sky over Kansas, but it has no provenance – and no assumed framework of goodness.

When the adopted Brandon Breyer (Jackson A. Dunn) discovers his powers, he dedicates himself to conquering the world – as instructed by the demonic voices coming from the buried pod. His story instead has parallels a-plenty to the original villain: Satan.

If Superman – and the superhero genre – was born to a war-weary world desperate for a saviour, Brightburn’s outlook belongs to a more cynical era:

So. Brandon is an inverted version of Superman. The doubled consonants in his name are a red herring (compare Clark Kent, Peter Parker and Unbreakable’s David Dunn).

Instead, Brandon’s superhero insignia – the backwards letter B – is a clue to his true nature.

Brightburn’s reversals reveals something interesting about the superhero genre. It may borrow from stories of divine heroes (Christian, Greek and gods of other flavours), but there darker parallels, too.

Flying nods at witchcraft. Yet while we can accept super-human men as gods, stories and society have been more likely to murder women who are different or difficult: the European witch craze and Salem witch trials, for example (see also The Witch).

Floating also implies demonic possession, as per The Exorcist. Brightburn builds on this metaphor in the distorted voices Brandon hears, as well as his speaking in tongues and convulsive movements.

While Clark Kent removes his spectacles (and shirt) to reveal his true nature, Brandon does the opposite. Like Halloween’s Michael Myers and Leatherface, he doesn’t cover his face to disguise himself but to signal his true intentions.

Brandon’s red eyes are a clear devilish connection, too. Satan has been portrayed as a red-eyed ghoul in art and literature since at least the Middle Ages (see these British Library and Art UK blogs).

The horror origins of ‘cuckoo children’

Adoption narratives feature in horror movies as often as they appear in superhero origin stories.

Brightburn mirrors 70s classic The Omen in this respect: an American couple adopt a baby, only to discover he’s the anti-Christ. 2009’s Orphan reworks the idea with a sociopathic rather than satanic child.

Either way, the idea has roots in fairytales about abandoned children, orphans, and babies found in gardens and even in flowers.

Horror movies reverse the happy endings we’ve come to expect of these fairytales (though of course the original tellings were far bloodier).

Brightburn completes the journey through its use of common horror tropes: the scrawled notebook, scribbled symbols, and children’s drawings of death.

Meanwhile Mum Tori (Elizabeth Banks) can’t believe her child is anything but angelic. Ironically, he almost is – he can fly, after all.

By the time she realises the truth, it’s too late. Brandon drops her from a great height, mirroring her shock at discovering her son is evil. He destroys her world – and then he destroys her.

A metaphor for puberty

Brandon’s body does weird things, he struggles with his feelings for girls, and he resents authority. As Aunt Merilee tells Tori, that’s not a super power, that’s adolescence.

Like many teenagers, Brandon struggles with limits – though he goes so far as to kill everyone who tells him no. Like other superheroes, he’s an orphan. Unlike them, however, it’s because he bumps his parents off.

The backwards letter B in his superhero symbol is a clue to Brandon’s intentions. Rather than a badge of honour or nod to his origins, the scrawled insignia becomes a graffiti tag.

He sprays this tag at the scene of his murders, moving him further from superhero status and into the realm of the serial killer.

Brandon also thinks he’s special – not because of his powers, but through an innate sense of superiority. This distorted self worth rejects moral obligations, and dehumanises others. Everyone becomes prey, in other words.

Brightburn’s use of hunting symbols are common to fictions about serial killers (see also The Silence of the Lambs). The implication is of a shared mindset, not least the ability to track and kill another being for sport.

Brightburn shows how flimsy genre rules (and our perceptions of them) can be.

For instance, why do we accept the idea of male superheroes as saviours, but have historically labelled extraordinary women as witches?

The film leaves us with the question inherent in every superhero story. What happens when these heroes give up on humans? How do you stop someone indestructible?

It ends with a Cloverfield-style monster reveal: Brandon in full murder flow. There’s even the suggestion of an X-Men-style reality, where others with special powers exist but, like Brandon, hurt and kill humans.

We’re used to seeing films resolve their tensions and give the villains their comeuppance. Here, the end credits suggest the plot carries on well after the movie ends.

Now a common cinema device, this is the opposite of a deus ex machina plot device. Instead of a well-timed coincidence that saves the world at the last minute, we’re left with a sour note. There’s no resolution, and no happy ending. Welcome to the future.