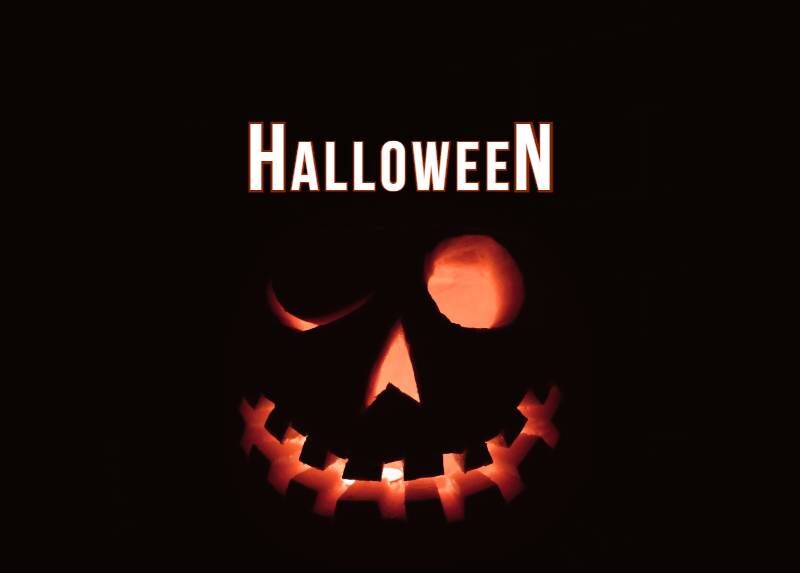 1978 slasher Halloween has a surprisingly old-school message: don’t smoke or have sex if you want to survive a serial killer…

What is Halloween about?

Six-year-old Michael Myers murders his older sister on Halloween, 1963. Fifteen years later he escapes from a psychiatric facility and heads straight back to Haddonfield, Illinois to kill again. But with his family long gone, this time Myers sets his sights on book-smart babysitter Laurie (Jamie Lee Curtis).

This article examines what makes Halloween work as a horror movie – with spoilers.

Michael Myers is a man on a mission. It’s an ironic turn of phrase given he’s both psychopathic and puritanical in almost equal measure.

Myers won’t stand for girls who drink, smoke dope, have boyfriends, get naked or – most brazen of all – have sex out of wedlock. And, with a hint of incestuous sublimation, he takes his own sister to task first.

But is this so surprising? The horror genre has long used sex and death as twin thrills. In literary terms, it nods at the inevitable and inexorable circle of life and death. In cinema it usually nods at boobs – which undoubtedly has helped the box office, popularity and notoriety of several films in the genre.

Marion in 1960 horror Pyscho (played by Jamie’s mum) is bumped off early in the film. It’s viewed as a shocking, unexpected twist, yet it’s telegraphed by her ‘outrageous’ sexual activity … not to mention her embezzlement of 50 grand.

2017 revenge thriller The Foreigner similarly throws the book at women who break the rules. It’s a particularly good example of how films mirror unwritten social codes back at us, sometimes in very subtle ways.

For all these reasons and more, teens who get frisky in horror movies must die. It’s the law, and thus it is in John Carpenter’s Halloween. Moreover Laurie, the one teen destined to survive, does because she’s not quite bad enough to be bumped off.

The film plays with this in an early scene, when Laurie’s class talks about the rigidity of fate and destiny. It plants the idea that Laurie has been singled out to die (she has been – by Myers).

But whereas her friends are bumped off before or after boinking, Laurie miraculously escapes with her life. Why? Well, in story terms because someone has to survive. But also … it’s because she’s a virgin.

Are there two killers?

However, the idea works as a metaphor, and it chimes with certain aspects of the plot.

Firstly, the adult Michael Myers is played by two actors. Tony Moran plays the unmasked Myers (briefly seen at the end of the film), while Nick Castle is credited as The Shape – i.e., the lumbering killer the rest of the time.

The two represent different aspects of Myers: the almost-human being who only barely exists, and the sub-human monster.

Myers has other contrasting attributes, too. For most of the film the masked killer moves at a glacial pace – so much so that it’s remarkable he’s able to murder anyone.

Despite this, he’s also the fleet-footed acrobat who leaps onto a car roof to attack a nurse outside the psychiatric facility at the start of the film. Hmm.

Speaking of cars, Loomis (Donald Pleasance) remarks that someone at the psychiatric facility has taught Myers how to drive during his incarceration. We never find out who this is, but it fits in with the idea that someone doubles for or assists Myers along the way.

And while Loomis paints Myers as a deranged zombie, Myers is somehow still able to learn how to drive. That said, part of the film’s terror is that such a creature can still be incredibly strategic … and can choose when to be human or inhumane.

A double / assistant would also explain why Myers doesn’t die in this first movie. The finale sees Laurie stab Myers twice but she can’t seem to kill him. Loomis then shows up and shoots him – but after falling out of a window, Myers mysteriously disappears. Perhaps he jumps in an Uber.

The symbolism of the mask

A mask is the perfect disguise for Halloween. On any other night, a man walking around in a ghoulish disguise would cause alarm. On Halloween, everyone’s at it (in theory – there are almost no trick-or-treaters in the movie …).

Masks are frightening because they tap into our fear of what we can’t fully see or understand. The mask allows Myers to stand in plain sight, and yet remain hidden. That’s very intimidating, more so because of the mask utterly expressionless – i.e., unfeeling.

“I met this six-year-old child with this blank, pale, emotionless face, and the blackest eyes … the Devil’s eyes”

Gein not only murdered women and grave robbed countless corpses, he turned the bodies into masks, belts and furniture.

Gein also inspired Ed Bloch’s novel Psycho (and various events in The Silence of the Lambs).

So Myers wears a mask to be both seen and invisible. He also wears it to signal his intentions: all trick and no treat.

The functions of horror

The first film in the Halloween franchise tells us Myers is deranged, but we don’t know how or why, just that he’s capable of grotesque acts.

For viewers of Psycho, Ed Gein’s stomach-churning slaughter would have been fresh in mind. The era’s books, films and column inches offered thrills from a distance, but also a means of processing the depravity.

Time and countless gorier films have dulled Halloween’s connection with Gein – and its ability to scare us in the same way.

After all, The Silence of the Lambs sees Hannibal Lecter fillet a man alive and wear another guy’s face like a spa treatment. The often schlocky scares and special effects in Halloween seem quite innocent in comparison.

And arguably we’ve since lived through the real-life trauma of a pandemic, and that takes the edge of most things.

There isn’t much more it than that. The story is a linear journey from one killing to the next, and yet the film seems to carry a lot more dread than it delivers.

Instead, Halloween is a classic for audience interaction. Consider the number of times Myers looms behind a character before disappearing (“he’s behind you!”).

There’s also the frustrating behaviour of characters who leave knives in easy reach and never, ever turn on the lights.

This is what makes Halloween a particular kind of horror movie. Perhaps the intention was never to be as scarring as, say, Texas Chainsaw Massacre (1973) or The Exorcist (1974).

Halloween is scary in parts, but almost orchestrated, like pantomime. And that’s also how we’re meant to interact with it: it’s fun, communal horror for screaming along to.