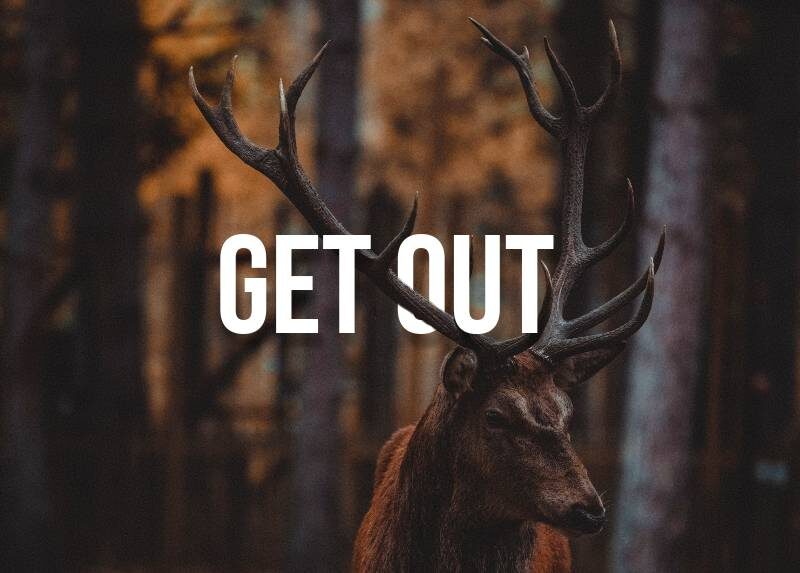 Jordan Peele’s directorial debut Get Out is billed as a horror movie, but its real unease comes from its portrayal of everyday racism.

What is Get Out about?

Photographer Chris (Daniel Kaluuya) and his girlfriend Rose (Allison Williams) plan to spend the weekend with Rose’s parents. Not only will this be Chris’s first time meeting the family, but they’re white – and don’t yet know he’s black.

What begins as toe-curling social awkwardness takes a dark turn into uncomfortable attitudes to race and, ultimately, terror.

This article unpacks sources of everyday horror in Get Out – with spoilers.

The undercurrent of everyday racism

Get Out’s message isn’t that ‘white people are bad to black people’, any more than American history begins and ends with genocide and slavery.

The film is a far more nuanced look at racism, from the perspective of Chris (and African American culture) rather than what and how white people respond to race and racism. But what does this actually mean?

The film has its share of jump scares, but Get Out’s dread comes from the pervasive racism that Chris lives with, such as when a cop demands to see his driver’s licence … even though Rose is driving.

It’s there in the insidious racism of the all-American family, for example when Dean Armitage (Bradley Whitford) praises Jesse Owens in the 1936 Olympics … but only has Black domestic staff.

And it’s there in Chris’s quiet acceptance of these unavoidable, everyday horrors. While Rose claims to feel embarrassed by these instances, Chris has to walk a more careful line. As a Black man, he moderates his behaviour to pacify white fears and aggression – which is when things can turn deadly. Yet, for all his carefully guarded best behaviour he can’t avoid the malevolence that seeks him out, i.e., the Armitages.

The film also reflects racism and exploitation on the largest scales. The very idea of a modern white family with only Black servants is enough to unsettle most cinema audiences, for instance.

Meanwhile, the garden party has unmistakable overtones of a slave market – because that’s what it is. One by one, the guests speculate how much value Chris’s body can add to their lives.

While racism underpins much of the movie, there’s one particular aspect that drives the plot: the fetishisation of Black bodies, especially through attitudes about athletic and sexual prowess.

This includes Dean’s thoughts on Jesse Owens, and Jeremy’s loaded questions about martial arts. And, of course, it’s why the Armitage family hunt Black people for their Coagula cult in the first place.

Rose lures Black friends to the remote Armitage home. There, they perform a brain transplant that allows whites to take over their bodies and live on through them.

This is a striking idea, with creepy overtones of The Body Snatchers. In fact, it builds on far older racist scientific theories. For example, beliefs that skull size varies by race (with whites having the biggest brain capacity, natch).

So what about the way that even white supremacists are shackled to the grievance (or fetishisation) that Black bodies are somehow better at sports and sex?

Matthew Syed explains in his book, Bounce, that Black athleticism was actually seen as further evidence of racial primitiveness. If Black athletes proved superior at sport they could be quickly cut down to size as beast-like. He writes:

“The notion of the black brute – strong, athletic, but mentally dull – provided moral cover for the use of blacks in the cotton fields of the rural American South.”

The Coagula is an attempt to square this circle. It injects white people’s supposedly superior intellects into better bodies.

The way the Coagula operates is a metaphor for broader social racism, too.

As blind art dealer Jim Hudson puts is, phase one is the hypnotism: that’s how they sedate you. Consider Chris’s behaviour in light of this. He lets it go when the cop mistreats him, and when Jeremy tries to goad him. He can’t always fight back against injustice because society punishes Black people who step out of line. It’s behaviour modification hiding in plain sight.

Get Out isn’t shy about giving away the game. The script does this in quite a playful way, again backing the idea that this isn’t so much horror as social commentary.

These aren’t the only instances of things hiding in plain sight. Perhaps most significant is the way the Armitages mask what they’re up to. Their social circle won’t admit Black friends, yet having Black servants is the perfect cover.

Meanwhile, the greater weight given to white experience and white bodies means that when Andre, Georgina and Walter go missing, the police search doesn’t last long.

In other words, social norms make it easy for the Armitages to get away with wrongdoing.

Get Out’s real and metaphorical deers

Deer imagery serves a couple of functions in Get Out. Firstly, it ties the start of the film to the end, creating a neat loop.

When Rose’s car hits the deer it’s an ominous sign that things are going wrong – that something dark lies ahead. It may be accidental, but what’s meant to be an enjoyable family weekend starts with death. And that’s never a good sign.

As predictions go, this one is spot on. Later, we see a deer’s head in the basement: by now, Chris has been attacked and locked up. Here the symbolism is of the hunting trophy, but it’s Chris who’s being hunted (see also Split).

This hunting theme is there at the start of the film, too. When Walter / Jeremy tracks down and abducts Andre, Run, Rabbit is playing on the car stereo. It’s a song about a farmer hunting a pesky rabbit.

When Chris turns the hunt on the Armitages he kills Dean with the deer’s antlers. And there’s the similarity of Rose running down the deer at the start of the film with Chris driving down Georgina at the end.

Finally, the roadkill deer also functions a bit like like Missy’s hypnotic teaspoon. Hitting the deer is an foreshadowing device. It’s symbolic of Chris’s childhood trauma, and the guilt he feels about ‘leaving’ his mother to die by the side of road after she was hit by a car.

The reversal of fortunes

The way deer imagery bookends the film is just one example of repeated and then reversed scenes (or more playful predictions, if you like).

The opening and closing credits complete the loop. The film begins with scenes from a daytime car ride. It ends with a night-time car ride (to the same soundtrack).

At the start of the film, Chris has everything to look forward to. At the end, he’s uncovered a dark truth – and things will never be the same again.

The Devil’s Advocate (1997): a movie told through a mirror

And Then There Were None, by Agatha Christie