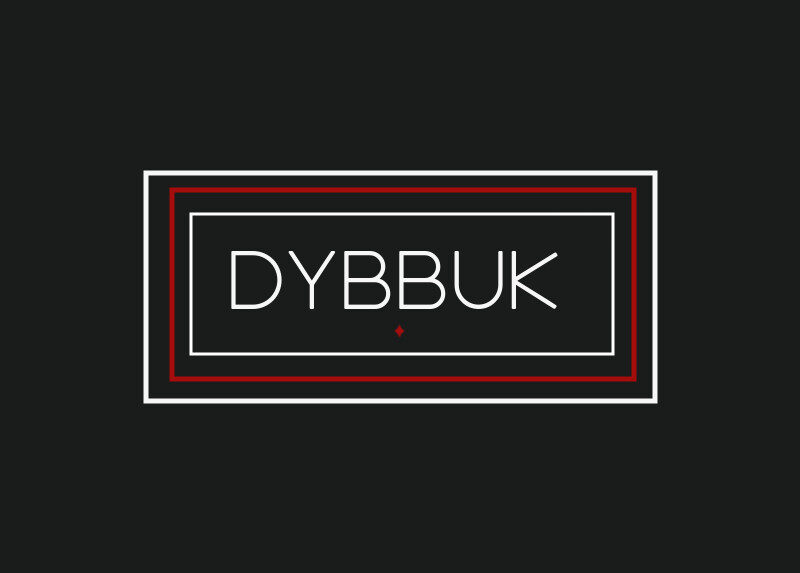 Dybbuk would have us believe ‘the curse is real’. In fact, this Hindi-language horror remake has roots in a 20-year-old hoax.

What is Dybbuk about?

Young Mumbai couple Sam and Mahi Isaac (Emraan Hashmi, Nikita Dutta) are emotionally bruised after family heartache. When Sam’s job throws up an opportunity to start over in Mauritius, it’s a welcome change.

At first, the move feels like a vacation. Then Mahi finds a wooden chest in an antique shop and gives it pride of place in their new home. But what looks like a beautiful trinket holds a terrifying secret – and should never, ever be opened …

This page is about 2021 Indian horror film Dybbuk, with spoilers and a whole heap o’ backstory.

The true story that shaped Dybbuk

In 2001, furniture restorer Kevin Mannis was browsing a yard sale in Portland, Oregon when he stumbled across a wine cabinet with an intriguing history.

The small wooden chest had belonged to the seller’s grandmother, Havela, who had escaped from a Nazi concentration camp during WWII before eventually making her way to the States. But, the seller added, this was no wine cabinet.

Havela would never let anyone open the box because it contained a dybbuk: in Jewish folklore, a restless evil spirit who can possess the living.

Mannis left the yard sale with strict instructions not to open the so-called dybbuk box. He opened it anyway. Inside were locks of hair, antique pennies, strange figurines and a Jewish prayer carved into its back wall.

Did Mannis have second thoughts about keeping the box? Nope. He gifted it to his mother and, over the next two years, experienced ever more disturbing consequences.

Several family members reported nightmares of a woman with sunken eyes, and complained of strange smells from the cabinet. Whenever it was nearby, accidents, bleeding eyes, a stroke and even suicides followed.

By 2003, Mannis had had enough, listing the box on eBay along with a full account of its horrors. A student snapped it for $140 but, the following year, it was up for sale again: the new owner had had enough of the cabinet of misfortune.

It was the box’s third buyer who helped catapult the story into popular culture. Jason Haxton wrote The Dibbuk Box about his experiences, eventually selling the story rights to a Hollywood production company.

How the dybbuk box made its way to India

The history of the dybbuk box is fascinating. It’s also fake.

Kevin Mannis may have bought a wine cabinet at a yard sale, but there were early signs its backstory was bogus (including Mannis’s own 2015 Facebook disclaimer). In 2021, he confessed the hauntings – and Havela – were fictions. The dybbuk is a figure from Jewish mythology, but Mannis had invented the box concept.

It’s no small irony that his intention was to create an “interactive horror story”. In the end, it broke free of its eBay listing to roam free on YouTube and in pop culture.

As for the Hollywood producer? Sam Raimi turned Haxton’s and Mannis’s material into The Possession, the story of a girl who buys a haunted dybbuk box at a yard sale.

That film, along with the rise of the dybbuk box in popular culture, evidently inspired Indian director Jay K’s 2017 Malayalam-language film, Ezra.

Despite now being set in India, this is still Mannis’s mythology: a young wife in inadvertently buys a dybbuk box, and its evil spirit possesses her. Jay K later reshot the film in Hindi as Dybbuk.

Now, arguably this backstory is more satisfying than any of the films thus far made. Still, like any interpretation, Dybbuk (i.e., Ezra) brings something of its own to the story. Here, that’s the lesser-known history of India’s Jewish communities, along with riffs on religious division, gender and nuclear waste.

But does horror make for reliable social commentary? Candyman (1997) comes close, yet itself relies on the genre’s exploitations. While its 2021 reboot gives better commentary, it’s less successful as satisfying horror.

Similarly, Dybbuk unearths hidden histories, only to sacrifice them to religious exoticism. The flavour may have changed, but it’s the same excess that has dogged Catholicism across the genre for decades.

Dybbuk begins with the funeral of Moshe ben Ashe, signalling the end of a century-old history of Jews in Mauritius. But if Moshe is the island’s last Jew, his death is just the beginning of a strange legacy.

His belongings end up in a local antique shop. One piece – an ornately carved wooden box – is particularly eye-catching. Even the night watchman can’t resist toying with it. By morning, he’s dead; his body twisted out of all recognition. Of course, this is the infamous dybbuk box.

India has a rich mythology and religious diversity. Yet here, when evil strikes, it’s explicitly foreign (and that too from niche occult mythology).

Dybbuk follows suit, locating its terrors outside family and religious familiarity. And, as is often the case, this provides cover for the story’s liberties.

From Seven’s Detective Somerset to Hitch in Rosemary’s baby, horror has unorthodox librarians spell out esoteric knowledge to the film’s protagonists (and us the audience).

In Dybbuk, the knowledge keepers are priests; only they can explain the problem of possession, and facilitate its release, i.e., through exorcism.

But the dybbuk box is Mannis’s invention. So when the film has its various priests explain its demonology, they’re at least partly inventing backstory. Art imitates life, you could say.

The problem with Othering

Dybbuk’s use of Jewish mysticism stands out for the same reason it does in The Possession – because it’s so rare in the genre. This is a tricky line to walk, however. Often the implication is that what isn’t like us (i.e., stands outside a dominant culture) can harm us, a common Othering technique used against minority communities.

Moreover, if the story grew from an exploration of India’s untold Jewish history, Dybbuk squanders the opportunity.

The final exorcism, for instance, needs ten Jews. Luckily Inspector Ahmed is able to round up ten random tourists, who don’t bat an eyelid at whipping up an exorcism because, y’know, Jewish.

So yep, there are plot absurdities, but also unease about where horror films continue to tell us terror or strangeness lies. There’s also religious fetishisation on a par with Indiana Jones and The Temple of Doom for outlandish symbolic excess.

There’s more subtlety in Dybbuk’s other commentary on foreignness. The plot shifts the Isaacs 5,000 miles from their Mumbai home, which rather neatly puts them into the unknown – but also makes them the outsiders.

In fact, they’re isolated even before they get to Mauritius. Mahi’s parents rarely keep in touch because they disprove of her marriage to a Christian man, i.e., making them social outsiders, too.

The tension that underpins Sam and Mahi’s multi-faith marriage ultimately foreshadows the dybbuk’s human history (with shades of Candyman, again).

Abraham Ezra, the son of a French Jew, falls in love with Christian girl Norah, but his father stops them getting married. Norah, who’s already pregnant, hangs herself, and her grief-stricken family beat Abraham so badly he never recovers. Rather than let him rest in peace, his dad uses his knowledge of the Jewish occult to turn the boy into a vengeful dybbuk. I mean, who wouldn’t.

The madness and the meaning

So why does the dybbuk kill the night watchman, but possess Mahi? According to Rabbi Benyamin, the box can’t possess just anyone:

“It possesses only those people whose body and soul are not connected.”

So if not the night watchman, then who? Well, people who’ve experienced mental illness, and newborn babies. Actually, Dybbuk plays a cup-and-ball-game with this revelation.

We don’t learn the full demonology until Sam gets home to the now-pregnant Mahi. In flashback, Benyamin informs us:

“Dybbuk has possessed your unborn child”.

This is bad luck. It’s also only half the picture. The full impact of Benyamin’s knowledge only comes into view in the last act:

A cut scene hides the switch until the exorcism’s big reveal, but the film’s portrayal of possession helps mask the twist.

When Mahi is possessed, she becomes sullen and almost catatonic (rather like the Isaac’s maid – another red herring). Yet when the dybbuk jumps over to Sam, we don’t spot the tell-tale behaviour because the story switches instead to Abraham Ezra’s backstory.

The endgame is nuclear sabotage worthy of a crackpot dictator. The dybbuk intends to use Sam to blow up the nuclear waste facility, destroying the island in one go. Ultimately, the big showdown exorcises demons and self delusion, showing Sam he’s not the hero of the story after all.

If Abraham Ezra is the dybbuk, why does Norah’s ghost keep showing up? According to Markus, she’s trying to stop Abraham’s rage.

Dybbuk flaunts its inspirations in plain view, with tropes, scenes and symbols liberally borrowed from the genre. Consider:

Is this homage or blatant rip-off? What’s more interesting is Dybbuk’s use of such symbols as though they’re universally understood, suggesting horror is a lingua franca composed of common human frailties and fears.

The story of the dybbuk box is itself lifted wholesale from a Portland yard sale, and dropped into an island in the Indian Ocean. With it comes notions of Othering, and religion without spirituality.

That is, no one attempts to pray away the dybbuk; ritual rather than god defeats this demon. In fact, this is another horror tradition, in which faith alone can’t counter the devil (see also The Omen, and the secular neurosis of Rosemary’s Baby).

In the end, perhaps films like Dybbuk are a by-product of commercial storytelling in the streaming age, in which fiction that appeals to the widest markets gets the best returns. Or maybe we’re just not that different after all, and horror works because its primal fears cut past cultural window dressing.

Certainly, the film has its flaws – primarily its use of shortcuts to merely gesture at scares, rather than creating original horror.

On the other hand, its excesses, contradictions and hokum are quite in keeping with the circus storytelling of the original hoax. The dybbuk box is a fiction concocted from the implausible and the insincere: take note, those who would walk in its footsteps.

The Departed (2006) explained: dirty rats and the ‘double’ theory