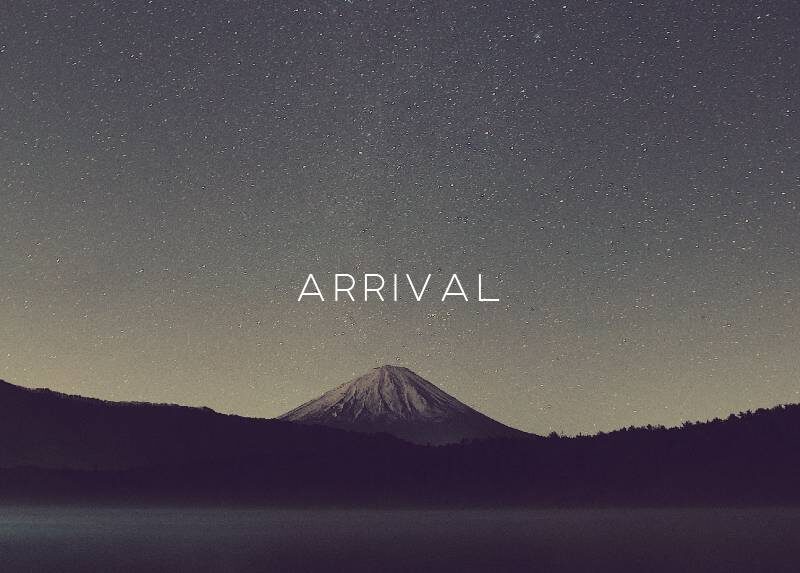 How Arrival reveals its audacious twist in the opening scenes, and why a movie about aliens is also the story of us.

Gifted linguist Louise Banks (Amy Adams) may have lost a daughter, but she doesn’t have time to grieve. Alien craft have appeared at locations around the world, and with no way of knowing what they want – and fearing it’s to destroy us – their arrival sparks terror among humans.

The US army tasks Louise with translating the messages, but although she makes fast progress, it’s at the cost of unsettling memories. Meanwhile, Earth’s military leaders push for war. As the world edges towards an explosive flashpoint, Louise races to learn why the aliens are really here.

Arrival is based on Ted Chiang’s sci-fi novella, Story of Your Life. This page unpacks themes, theories and structures in the film, but reading past this point will give away what happens in both stories.

This isn’t the beginning

“I used to think this was the beginning of your story.” So begins Arrival, a tale about a grieving mother thrust into a military operation to make contact with aliens.

Louise’s words aren’t aimed at us; they’re spoken to her daughter Hannah. The film’s opening scenes show us Hannah’s life in devastating brevity: she’s born, grows up, laughs – and dies of an incurable disease as a teenager.

It’s an emotionally charged way to begin a story … but of course, it’s not the beginning at all.

The film’s big twist is that this ‘flash back’ hasn’t happened. It’s actually a flash forward. Hannah hasn’t been born yet; Louise hasn’t even met her dad.

Underpinning the twist is the revelation that Louise perceives time the same way the alien heptapods do.

Humans experience time as a linear journey. Time moves in one direction, and we can only interact with the present. We can remember fragments of the past, but can’t see the future at all.

The heptapods don’t experience time (or, as a consequence, language), like this. For them, time is circular. In Ted Chiang’s novella, Louise explains:

For heptapods, the past, present and future co-exist. Because time is circular, individuals can ‘remember’ events that happen in the future as clearly as those from the past.

When scientists decode a message that can be read as “offer weapon”, it has military leaders on Earth baying for battle. In fact, it’s the gift of simultaneous awareness, and it lets Louise ‘remember’ a future encounter with General Shang, thus avoiding war altogether.

What we perceive as the beginning of the story is no such thing. It’s narrative sleight of hand – yet rather audaciously, Arrival tells us the trick from the outset.

Of course, it’s easy to see with hindsight. On first view, however, we take the words at face value – because why not? Moreover, story traditions suggest we’re watching a memory. It comes at the beginning, after all, which convention tells us must be either past or present.

Note the usual narrative conventions are deliberately absent, too. No on-screen label announces the year or “some time later.” And there’s nothing in these scenes which can date the events, such as phones or medical tech.

The Louise we see after Hannah dies has a flattened affect, completely in keeping with someone subdued by grief. The first time she smiles with her whole heart is at the end of the movie, when she realises she’s about to fall in love and have a child.

Like psychological thriller Run, Arrival shows us parts of a puzzle – and lets us connect the dots.

We’re thus less likely to spot what’s hiding in plain sight. For instance, the opening titles don’t appear until the end of the film. In keeping with heptapod time, it makes the story an endless loop: it begins at the end, and ends with a beginning.

While the big twist in Arrival upends how we perceive time and reality, this isn’t necessarily the film’s big reveal. In fact, there are a several reversals and revelations.

The end of the movie shows us that Louise and scientist Ian (Jeremy Renner) fall in love – and Ian will be Hannah’s father. It’s a bitter sweet moment because we already know how that story turns out: not only does Hannah die, but Ian leaves.

This completes the puzzle of the future memories, in which Louise is a single mom to Hannah, from birth to death. Ian is conspicuously absent, partly to shield the twist, but more because he abandons his family.

Learning to speak Heptapod changes the way Louise sees the world (learning any language will do this). Specifically, it unveils inevitable tragedy: Hannah will die, and knowing about it won’t change a damn thing – see also Knowing.

In other words, circular time doesn’t equal time travel: individuals can’t jump between past and future to do things differently. Rather, their choices and the outcomes at other times serve as a reminder of purpose and action in the here and now.

For example, the heptapods gift Louise altered consciousness because in 3,000 years they’ll need our help.

Chiang’s story spells it out:

“[Heptapods] act to create the future, to enact chronology.”

Or to put it another way, the heptapods know an explosion will kill one of them, yet still act to save the humans – perhaps while feeling exactly as Louise does about Hannah’s death.

The tyranny of choice

So the future is immutable, and Louise’s choices are dictated by the kind of person she is and will be. She knows Ian will leave and Hannah will die, yet when the time comes, she embraces love. This is a good life, you could say: the ability to welcome every blessing, while knowing each one is fleeting.

Ian makes a different choice. He can’t forgive Louise for knowing Hannah’s fate and going through with it anyway – rather like the ‘why bring a child into a flawed world’ argument.

In fact, Arrival is all about these moments of reckoning. When the aliens arrive, human communities implode. A cult stages a mass suicide, others riot. Steered by right-wing influencers, renegade soldiers try to blow up the space craft.

Similarly, military leaders around the world want to strike first, ask questions later. Each group responds to the aliens in limiting ways. Like Ian, when they imagine the future, they see only pain and loss without the possibility of peace.

Their (mostly male) military interpretation of language acquisition reinforces the trap. General Shang’s team communicates with the heptapods via games (compare the AI mechanism in WarGames).

“Let’s say that I taught them Chess instead of English. Every conversation would be a game. Every idea expressed through opposition, victory, defeat. You see the problem?”

Because he fixates on winning and losing, Shang teaches the aliens to see the world in human terms – and that may prove deadly. Similarly, Earth’s leaders encounter aliens, but can only envision a karmic repeat of colonisation and genocide (see also The Day the Earth Stood Still):

“remember what happened to the Aborigines. A more advanced race nearly wiped ’em out.”

The movie’s male characters are primed for war, right down to the academic who tells Colonel Weber (Forest Whitaker) the Sanskrit word for war means ‘argument’. Louise says it means “a desire for more cows”. She sees things differently even before meeting the aliens – and it stops the world going to war over words.

The significance of the ships

But the ship’s appearance also symbolises the difficulty of communication. The heptapod craft, like their language, is impenetrable without invitation.

Fiction employs a kind of hyper focus; it zeroes in on the one person who can answer the call of the narrative. In Arrival, Louise is that key.

She’s a linguistics expert who already has top-secret clearance because of previous work, putting her in the right place at the right time. But her personal qualities also make her the best person for the job; she’s able to think beyond aggression or winning and losing.

If we extrapolate this into the film’s ‘universe’, Louise is also the best and only person for the job precisely because one day she will meet aliens. i.e., circular time theory suggests individuals are shaped by future events as much as past events.

Hence Louise’s future memories begin when she starts learning Heptapod – it triggers something she ‘already knows’.

We see how deep this connection goes when Louise and Ian return to the ship alone. Louise wants to write on the glass but “can’t do it with both hands”. Instead, she writes one half of the sentence, and the heptapod the other.

Each is one half of the circle, the left hand to the right. (Similarly, the alien messages make sense when they’re read together – not as individuals but as beings with a shared purpose.)

Louise and the aliens mirror each other in other ways, too. For instance, each will experience a tragic death in the future, yet still chooses to act with grace in the present moment.

This is where your story begins

Losing the people we love before their time is a tragedy, a pain that’s magnified exponentially when we’re talking about children. But that’s the real world; let’s park it momentarily to consider two things about heptapod time and storytelling.

Right before Louise’s strange visions start, just at the film’s halfway point, Ian climbs out of his protective space suit and declares:

He’s not wrong. As tragic as Hannah’s death is by its circumstance, it represents the universal experience. We all die. Even heptapods die.

This is Arrival’s big twist, but on the other hand … it’s no twist at all. Knowing this inevitable ending, we have a free choice to embrace each moment and strive for something meaningful.

Louise chooses love, both romantic and maternal. In the end, Arrival is that most simple of love stories, written forwards and backwards, at the same time.