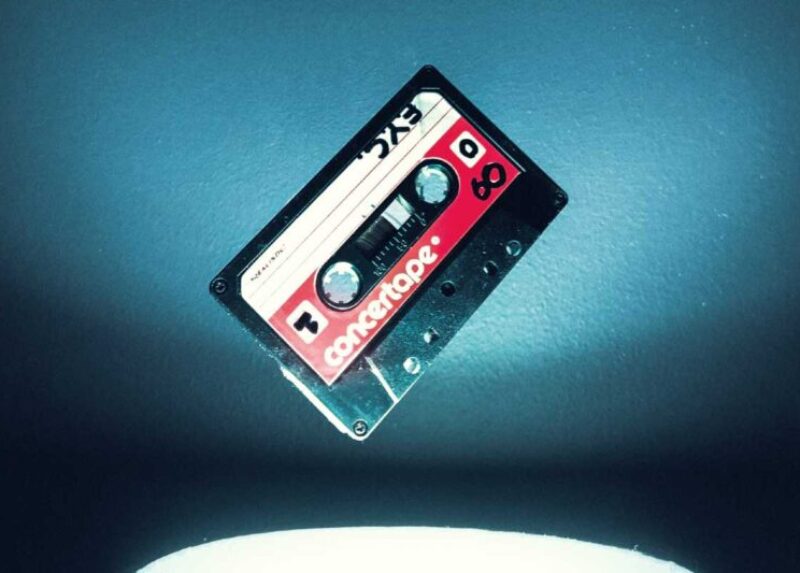 Ellen Ripley (Weaver) sings ‘You are my lucky star’ while battling the Xenomorph at the end of Alien. Here’s why that’s fascinating.

How does Alien end?

The crew of The Nostromo is dead. They’ve been picked off by an alien xenomorph that sneaks onboard the spacecraft (in fact, it’s carried onboard inside oblivious officer Kane, played by John Hurt).

Sole survivor Ellen Ripley (Weaver) jettisons the Nostromo in an escape shuttle, seconds before the ship explodes. As earlier in the film, however, this is a false fleeing.

Ripley thinks she’s home free – but one of cinema’s most famous jump scares lies ahead. The alien is already onboard with her. And now it and Ripley are trapped together in tiny escape pod.

Quick thinking Ripley plans to kill the xenomorph by blasting it into deep space. In order to do that, she has to first lure the creature into the open by acting as bait.

Luckily, the alien is asleep. Ripley uses the head start to climb into a space suit. Then, whispering half-crazed song lyrics to gee herself up, she coaxes the xenomorph out of its hiding space, opens the door, and flushes it into space.

What’s the song that Ripley sings in the final scene?

What we hear is less of a song, and more fragments of lyrics. Ripley doesn’t say much more than “you are my lucky star” repeatedly. But the song is pretty likely to be ‘You are my Lucky Star’ from the musical Singin’ in the Rain.

This is fascinating in all kinds of ways.

Firstly, the singing in this scene was supposedly Weaver’s idea. It’s a neat touch. It reminds us that even Ripley has a vulnerable, frightened side. She may be tough-shelled throughout the film yet, like a child, she sings to soothe her fears. [Compare how the ship’s computer is called Mother but has no tender feelings towards her ‘children’.]

Ripley’s crooning also ramps up the tension in the film’s climax. It’s a great contrast: the alien is about to kill her, yet here’s Ripley singing “you are my lucky star” when most of us would be dumbstruck with terror.

Arguably, some of the contrast in this final scene comes down to its use of a bizarre kind of needle drop.

What is needle drop?

‘Needle drop’ is when a film uses a pre-existing or popular song in a scene, rather than a specially composed musical score. It’s often done to create a particular kind of tension or contrast, and can be incredibly memorable.

Reservoir Dogs features a torture scene choreographed to uptempo pop song Stuck in the Middle with You. The horrific transformation in An American Werewolf in London is set to love song Blue Moon, while Shaun of the Dead riffs on a Queen song.

And in Stanley Kubrick’s 1956 heist movie, The Killing – said to have influenced Tarantino – one character guns down the others to a jaunty soundtrack.

Ripley stuttering through ‘You are my Lucky Star’ is a kind of needle drop. And it works because it creates several kinds of contrast in the film’s final scene.

There’s the tension between the danger and the ridiculous lyrics. There’s tension from the need to stay absolutely silent so as to not wake the alien too early – and yet here’s Ripley burbling away.

And there’s the fact that Ripley is singing a love song, from a movie about two star-crossed lovers who only get together at the film’s climax. You are my Lucky Star is the final number in Singin’ in the Rain. Just like it’s the final ‘song’ in Alien.

There’s a bizarre kind of courtship here, too, if you consider Ripley trying to coax out the alien as a dance of attraction (which it is, in literal terms).

The song is also a brief reminder of Earth – of home. Of course, it seems unlikely that Ripley should be bitten by this particular earworm, given the film takes place at least 100 years after Singin’ in the Rain was released.

Arguably, though, the song conveys childhood fears. Nostalgia. Safety. Hollywood at its most colourful. And yet Alien – and the final scene in particular – is the exact opposite of all these things. It’s dark, hopeless and blood soaked.

There’s no way you could sit through Alien and think that it could possibly end with a Hollywood show tune. And yet, that’s exactly how it ends.

Corrections: thanks to the reader who spotted ‘Stuck in the middle with you’ appears in Reservoir Dogs, and not Pulp Fiction, as originally written.