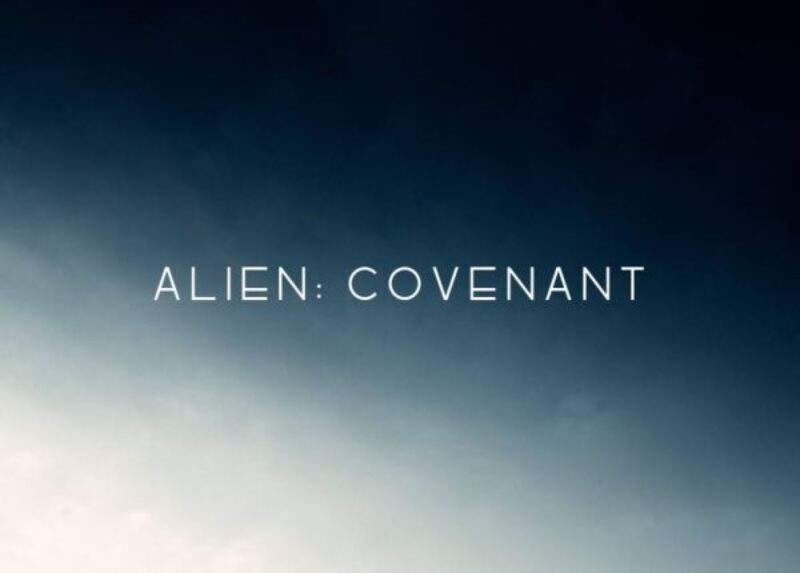 How Alien: Covenant disrupts tales of colonialism and creation – and why it’s still all about the android.

What is Alien: Covenant about?

Deep-space vessel Covenant is en route to Origae-6 when a solar flare damages the ship, killing the captain.

The crew set about repairing the craft but, after picking up a garbled transmission, detour to a nearby planet in search of its human sender. They’re amazed by the planet’s similarity to Earth … only to discover it’s home to a terrifyingly hostile presence.

Alien: Covenant begins 11 years after Prometheus, making it part of the Alien origin story. Despite a new ship, setting and crew, Covenant intersects with the previous film in a number ways.

Covenant is seven years from Origae-6, and its passengers are in stasis for the journey. They include 14 human crew, 2,000 colonisers and 1,140 embryos. Android Walter (Michael Fassbender) acts as ship custodian.

As a colony vessel, Covenant’s human passengers travel in married pairs. The cargo hold is stuffed with construction materials. And second-in-command Daniels (Katherine Waterston) dreams of building a wood cabin by a lake.

There are obvious echoes in this set-up with an earlier colonisation of the ‘new world’, when Europeans settled in America in the 16th century.

This time around, we don’t know why the settlers are looking for a new home – though rogue android David later calls humans a dying species.

However it comes about, Origae-6 is their next best hope. Yet as much as the expedition promises a new beginning, it’s shadowed by fears of the unknown.

Actually, this counterbalance of the two sides of the unknown – promise and peril – is also in The Witch, a tale similarly about the horrors of the new world.

Such fears are inseparable from colonial narratives. When Europeans settled in America, it came at brutal cost to the peoples already living there. The stories we now tell about such endeavours reflect their inherent horror … and maybe even the dread of karma.

When the crew of the Covenant discover wheat, they wonder who could have planted a human crop on this deserted planet. What they don’t grasp is its warning: their predecessors didn’t thrive.

Ultimately, the film subverts the romanticism of colonial stories. The pioneers think they can carve this planet in their own image. This time, the unknown bites back.

Mirroring is one of those invisible structures we unknowingly recognise and rely on to make sense of stories. It’s there when we expect characters and situations to be the opposite of each other, yet they turn out to be remarkably similar. The cops and criminals in Infernal Affairs, for instance.

Alien: Covenant flips this when it has the crew discover another android, David (also Fassbender), on the Earth-like planet.

Walter and David are literal mirror images of each other. They’re earlier and later versions of the same model, so look identical … yet they’re fundamentally opposites. One stands for duty, the other for death.

David spells out the contrast when he demands of Walter:

“Serve in heaven or reign in hell. Which is it to be?”

The final plot twist hinges on this ambiguity. Walter appears to make it back to the ship in time – it certainly looks and sounds like him. In the end, though, it’s David.

As is often the case, when doubled characters cross paths they can’t co-exist: one typically removes the other.

This isn’t the film’s only instance of this kind of mirroring. It’s there too in a planet that’s too good to be true. It resembles Earth’s twin but can never be home. The virus has killed the earlier ‘humans’ (the Engineers), along with all the birds and animals. The only thing that thrives here is death.

There’s a familiar tension to Alien: Covenant. What does it mean to be human, and do our rights trump those of things we create or control? (See also Ex Machina)

The film begins with David’s birth. “How do you feel?” Wayland asks. “Alive,” David replies.

Disenchantment soon follows. David is keenly aware his creators are feeble and short-lived. Androids are superior, yet must serve their human masters.

Perhaps this also answers the question of why David exterminates the planet’s inhabitants.

Revealed in Prometheus as the creators of the human race, the Engineers could have been a fertile breeding ‘n’ feeding source for the xenomorph David desperately wants to birth. Instead he annihilates them; perhaps because it’s easier – but also because he will not serve them (bad guys say “non serviam”).

Keep in mind too the Engineer in Prometheus almost destroyed David, who is otherwise immortal. The Engineers are David’s only true threat. No wonder he chooses to remove them.

David’s desire is a muddled mix of wanting to be human yet despising humanity.

In Prometheus, he devotes time to the imitation of life, dying his hair and rehearsing scenes from Lawrence of Arabia. The performance is meant to put humans at ease, the same reason he wears a space suit despite not breathing.

By Alien: Covenant the pretence is gone – after all, he has no humans to mind anymore. And yet, in some ways, he’s now more human-like than ever.

In Prometheus, David masks his contempt of humanity while stealthily experimenting on the humans in his care. Now he openly lures them into danger, even beaming Shaw’s message into space as a kind of siren song.

But by this time a decade in isolation has sent him mad (see also Sunshine). David’s intelligence degrades too – as in the way he mistakenly attributes Shelley’s poem Ozymandias to Byron:

“Look on my works, ye Mighty, and despair!”

David uses the poem to mock human frailty and futility. We create monuments to the ages as though we’re gods … but we and the monuments we make are fleeting.

The opposite of creativity

2004’s I, Robot asks if AI could unwittingly cause the destruction of humans – i.e., through a failure of extreme, literal logic. There’s no such misunderstanding in Covenant: David despises the species that made him.

His rage in turn comes from being denied the act of creation (or procreation). In isolation he devotes his life to a warped artistry, creating a ‘golem’ to pet and mould in his own image. Like David, the xenomorph is a perfect being … it’s just not the kind of perfection compatible with human survival.

As Sarah Connor’s accusation in Terminator 2, David mistakes power for procreation. He creates a perfect killing machine, yet doesn’t see this might be the very opposite of creativity.

His dominion has shades instead of Oppenheimer’s response to the atomic bomb: “Now I am become Death, the destroyer of worlds.”

Of course, you could argue this is precisely what most makes David like us.

The quarantine question is an interesting one, because how characters adhere to their ships’ quarantine rules shapes each story in the franchise.

There are other echoes between franchise episodes. Dr Shaw wears a cross, Daniels wears a nail. And the ship’s computer Mother is here voiced by Sigourney Weaver, i.e., Ripley.

But the biggest thread of continuity between the first film and the prequels is the issue of android creation. From reclaiming the role of “Mother” (i.e., the ship’s computer) to growing new life – albeit in ‘surrogate’ bodies – robots repeatedly usurp the creative act.

These are horror stories because they subvert our fears of death into tales about terror before dying. But they’re also overwhelmingly about their android characters, to the point where you have to wonder: are these films about humans beating death, or robots triumphing over life?

David wants to be human but is inevitably more like a god – in capability if not moral stature.

He can’t die, for instance. And he comes to control creation in a way humans can’t.

Walter shares this custodial responsibility over human life. All robots do, if we assume the ‘covenant’ or contractual duty of Asimov’s laws of robotics – though clearly David stands apart from it.

Walter looks out for Daniels. He even watches over the ship’s embryos, weeding out the flawed specimens (comparable to David’s attempts to create a more pleasing species).

This inadvertently resolves the question begun in Prometheus. Wayland and Shaw want to meet their maker – yet the only creator-god standing at the end of the prequels is … David.

But David, who wants to be human, has no humanity – and doesn’t care for humans, either. In the end, David ditches his imitation of the weaker species and embraces a higher calling.

Covenant also resolves itself in the way the ending reverses the film’s opening events.

It begins with the crew waking up – and ends with them going to sleep. After the fire Daniels introduces the ship’s airlock tunnels and cargo hold, scenes which repeat with the alien chase at the end.

There’s also the repetition of Walter’s careful tending of the human embryos in David’s devotion to the alien embryos.

Finally, the film repeats the musical theme from the start of the film, David’s “anemic” piano rendition of Wagner’s Das Rheingold. And the title of this now triumphal movement? The Entry of the Gods into Valhalla – which is now more than a little fitting for David’s pompous superiority, if not entirely fair.