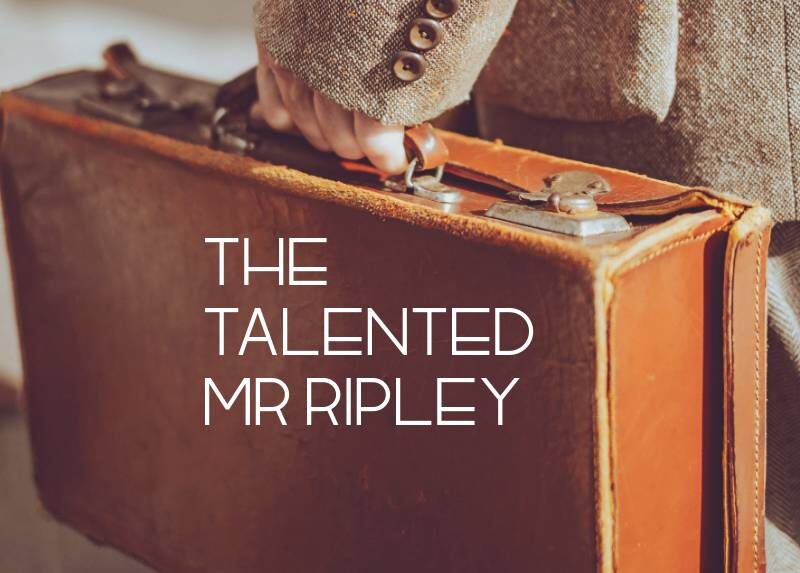 Patricia Highsmith’s 1955 novel asks: “how far would you go to better yourself?” For Tom Ripley, murder may be the answer.

When Tom Ripley is approached by a stranger in a bar, he has no idea the meeting will change his life.

Herbert Greenleaf is worried about his son. Dickie is off gallivanting around Italy, playing at being a painter when he should be taking up the reigns of the family boat business. Perhaps Tom could go over in person – on the Greenleaf dime – and persuade him to come back?

Tom jumps at the offer. For a down-at-heel nobody and minor con man, the trip is a chance to start over – to escape dreary New York and worthless friends.

But rather than persuading Dickie to return to the States, Dickie – and the high life – immediately captivates Tom.

“Tom sat opposite him, staring at his bony, arrogant, handsome face, at his hands with the green ring and the gold signet ring. It crossed Tom’s mind to steal the green ring when he left. It would be easy…”

There’s no grand plot to The Talented Mr Ripley – nor talent, beyond Tom’s knack for deception.

There is, however, incredible tension – often from Ripley’s quite desperate drive to better himself, even as others grow suspicious.

The book is more murderer’s travelogue than traditional crime novel, crisscrossing Rome, Naples and Venice in great style and expense.

Ripley is a remarkable character, too: he’s ice-cold, lacks empathy and is often misogynistic. But we also see up-close his fear, desire, childishness and daring.

Tom is a man grasping at the American dream – to be a somebody. Ultimately, it’s a compelling mix that leaves the reader unsure whether to despise the killer or cheer the self-made man.

The Staircase (2004) and the implications of storytelling

Happy: Why More or Less Everything is Absolutely Fine, by Derren Brown