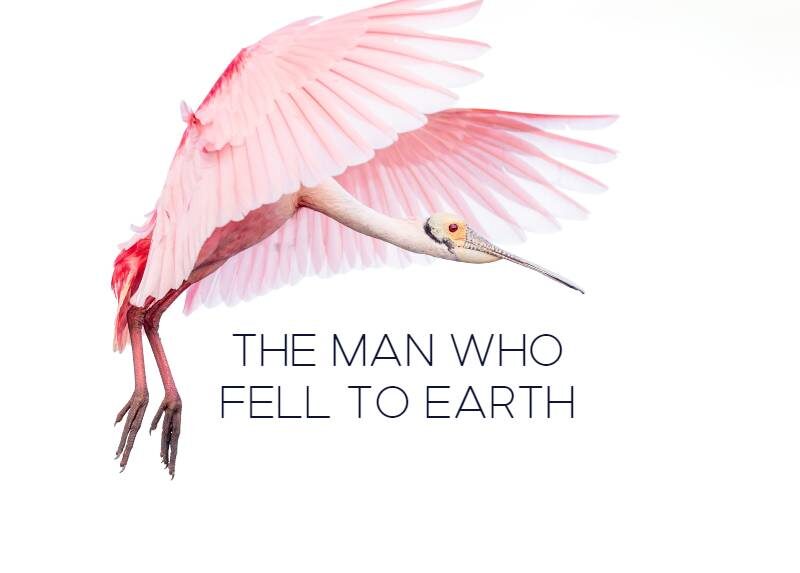 Alien Thomas J. Newton gets under the skin of the human race.

The Man Who Fell to Earth is a 1963 sci-fi novel by Walter Tevis. While not particularly literary or memorably written, its story is affecting and compelling.

Thomas J. Newton is an alien in human form. After landing on Earth, he devotes his time and energy to making vast sums of money, building a secret space ship and drinking gin.

The story falls somewhere between The Body Snatchers and The Day the Earth Stood Still. In having Newton pretend to be an Earthling, it asks what it takes to be human.

It also considers whether extraterrestrials would be friend or foe to the planet. On either side of the equation, human nature is left wanting:

“To tell you the truth, it dismays us greatly to see what you are about to do with such a beautiful, fertile world. We destroyed ours a long time ago, but we had so much less to begin with than you have here.”

Tevis makes one or two smart predictions about life in the 90s, including ‘picture phones’. But the spirit of the book feels moored in the 60s, which spoils the effect a little.

This is also noticeably a story of and about white men, particularly in its treatment of America as synonymous with ‘the world’.

Tevis’s handling of humanity, friendship and power strikes a chord with Orwell’s 1984, and these form some of the most touching and troubling portions of the book.

Happy: Why More or Less Everything is Absolutely Fine, by Derren Brown

Into Thin Air, by Jon Krakauer