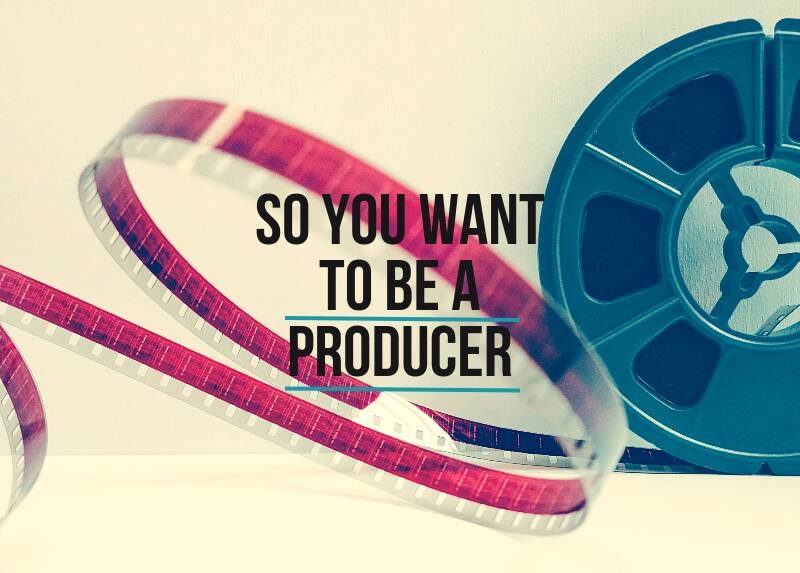 Don’t be misled by the title … So You Want to be a Producer will resonate with anyone interested in making movies or telling stories.

So you wanna be a producer, wise guy?

Given how tough it is to make it big in movies, you’d be forgiven for expecting So You Want to be a Producer to be 200 pages of Lawrence Turman telling you to snap out of it. In fact, it’s both film industry primer and candid peek behind the curtain.

But what if you don’t, in fact, want to be a producer? Well, hear me out: this book may still be for you – and could even be a hidden gem.

Heads-up: I love stumbling across books that have no reason being on my radar. This one is a fascinating read by an old-school Hollywood character, but may be tough to find (try second-hand outlets).

Turman’s industry bible condenses decades of experience – both his and contributors including Kathleen Kennedy and Saul Zaentz. Though largely about studio films, it’s also relevant to indie film makers, TV producers, script writers and anyone else who tells stories on the screen.

Turman should know. He produced The Graduate, The River Wild and American History X. He also helped develop Butch Cassidy and the Sundance Kid (until cut from the deal, which he documents as a teachable moment).

Now, the book hasn’t been updated since 2006. Doubtless things have changed since then – something to keep in mind if you really do want to be a producer.

That said, what’s here reveals how to:

It’s nothing if not practical. Turman also breaks down those esoteric job titles, from Director of Photography to Best Boy. In other words, who does what, why, and how to manage them.

Side note: selling your story

There’s no end of books devoted to writing, polishing and selling screenplays, and they do it in far more detail than Turman’s production manual. But what the latter reveals is how producers sell stories to studios and, therefore, what movie makers want writers to deliver.

Turman, essentially, takes us through the steps of finding stories and then making them film-worthy. This touches on aspects of structure (the three-act structure, anyway). But it also raises unavoidable, practical aspects.

For instance, studios want actors that can open movies, and actors want memorable, challenging (and maybe award-winning) characters. To get one, you need the other.

What does a film producer actually do?

What producers do depends on who you ask and the time of day – and even then, answers vary. Some movies can end up with more producers than actors: the psychologically abrasive Hard Candy has 13 producers to just five credited actors.

“[W]here many films have from four to fourteen credited producers, the insiders are the only ones who know who did the work in actually producing the movie.”

So You Want to be a Producer

According to Turman, the producer is a film’s prime mover. They find the story and engineer a way of bringing it to the screen. It’s like being script editor, talent spotter and ring master, all at once.

Of course, any film is a collaboration by specialists (from director to prop manager and everyone in between). But the producer is the glue that brings everything together and keeps it on track.

Turman’s love of the craft is infectious; heck, even I dreamed of being a producer between chapters one and five. And yet, for all the fireworks, Turman cautions that producers are largely invisible and undervalued, even within the industry.

Directors are lauded as the visionaries and creative geniuses of film-making. But it’s worth remembering even Jaws only came about because producers Richard D. Zanuck and David Brown saw something in Peter Benchley’s source novel.

Clearly, then, some producers work as partners. Others have assistants. Associate producing credits may also be shared by actors, agents and others instrumental in getting a movie made, or simply savvy enough to negotiate for them.

A love of film-making – warts ‘n’ all

So You Want to be a Producer reveals a profession that calls many, but admits few. You need taste to make it. And more than taste, you need perseverance, energy and bravado. You need integrity, and a rhino’s hide. You need passion, kid.

Turman’s passion leaks from every page, elevating this from niche textbook to diary of a fascinating, ferocious industry. That includes his career history, and the backstory to films he worked on, The Graduate in particular.

The Graduate is about a boy who sleeps with a married woman, only to fall in love with her daughter. It’s a classic … and it’s never moved me. The book’s reliance on it is wearying, yet with Turman unpacking its significance and innovations, I’m curious to take another look. (If that’s evidence of Turman’s marketing savvy, it’s hard to be mad at it.)

Not all lessons are positive, though, and many reflect a hard-nosed industry. Fallout from disagreements during American History X is particularly troubling, and reveals the sharp edges behind the Hollywood gloss.

Given its age, many of the book’s anecdotes are from a vanished era; occasionally, that reveals industry attitudes to women that read differently now. Similarly, it references films that, while classics, are now lesser known – yet this is part of the book’s value as film history.

When Turman talks about a Hollywood that has ‘gone with the wind’, he was on set to see it happen. By extension, he pinpoints why we now see endless reboots, and how studio appetites towards profit and risk shape our viewing habits. In the end, that’s as relevant to the streaming era as old-time Hollywood.

So You Want to be a Producer, by Lawrence Turman