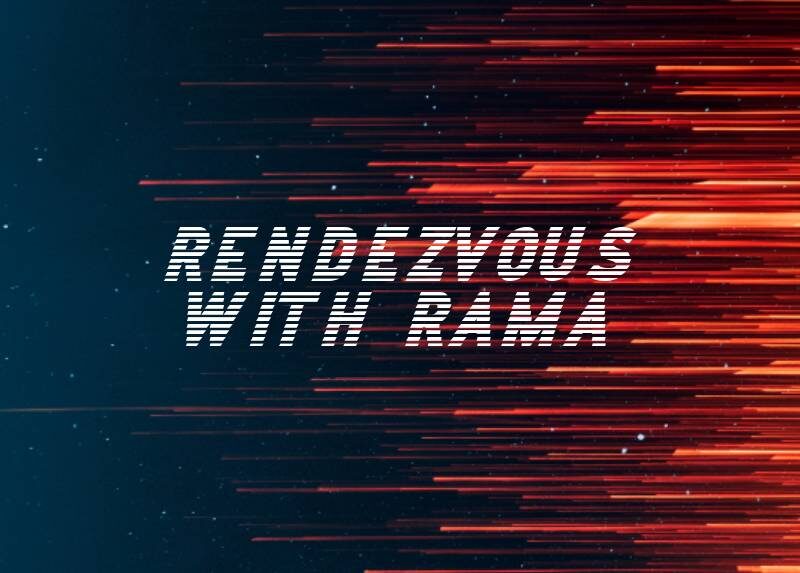 Massive asteroid … or box of delights? A brief introduction to sci-fi novella Rendezvous with Rama ahead of 2024’s film adaptation.

What is Rendezvous with Rama about?

It’s some time in the future and humans have long colonised and adapted to life on other planets. Then the arrival of an enormous alien craft upsets interplanetary peace.

As political and scientific groups argue about what its appearance means, a fearless band of astronauts sets out to explore this strange new world.

Fans of the book have long wondered why there hasn’t been a big screen film adaptation of Rendezvous with Rama. Now one is in development with Dune’s Denis Villeneuve at the helm.

2001: A Space Odyssey may be Clarke’s most familiar novel (aided by Stanley Kubrick’s film adaptation), but many readers put Rendezvous with Rama up there as one of his best works. As hard science fiction it’s set in the future but true to scientific realism.

Aside from a few interjections from the boffins on Earth and other planets, the action takes place on Rama, the alien craft.

At first, this seems to be a massive but lifeless cylinder spinning through deep space. But as the astronauts inspect and interact with it, it comes to life in strange and unexpected ways. How Rama works is really what the book is about, and to be fair, it’s pretty fascinating.

What follows is a largely linear adventure story in which characters diligently work through a series of scrapes – though strangely, it never feels overly dangerous.

Still, this is a book of interesting ideas, including the future of humanity, animal exploitation, the Earth as a space ship, alien contact and religious beliefs.

However, some of the ‘wonders of the future’ feel dated now, such as Commander Norton’s two wives, plus his free and easy sexual shenanigans elsewhere. And while the female crew are competent, even the leaps of science and technology can’t solve the supposed problem of women’s bodies:

“Some women, Commander Norton had decided long ago, should not be allowed aboard ship; weightlessness did things to their breasts that were too damn distracting. It was bad enough when they were motionless; but when they started to move, and sympathetic vibrations set in, it was more than any warm-blooded male should be asked to take.”

An introduction to Wide Sargasso Sea, by Jean Rhys

Under the Banner of Heaven, by Jon Krakauer