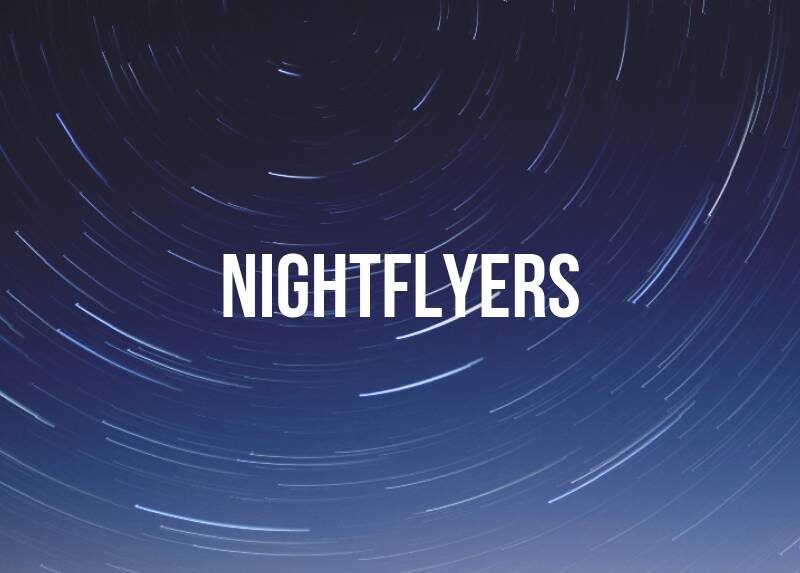 The Nightflyers boldly go into the farthest reaches of space – but can they trust their mysterious captain?

The Nightflyer, like Alien’s Nostromo, is on course for deepest space. Here, at least, the crew (a mix of telepaths, xenotechs and linguists) are intentionally searching for a mythical alien race, the Volcryn.

As the ship journeys into the farthest reaches of the universe, the ‘Nightflyers’ become increasingly suspicious of pilot Royd Eris, who only interacts with them as a hologram. Paranoia reaches a peak when a malevolent force begins targeting the crew.

“I know everything that occurs on the Nightflyer,” Royd said.
“You have been watching us,” d’Branin said gravely, accusation in his tone. “Then it is so, what Thale says, about us being watched. Royd, how could you? Spying is beneath you.”
The ghost’s transparent eyes had no life in them, did not see. “Do not tell the others,” Royd warned.

George R. R. Martin wrote Nightflyers in 1978, which puts it ahead of Ridley Scott’s Alien by a year. Keep that in mind if you’ve seen the latter, as there are some parts of Martin’s novella which feel familiar (or even clichéd) if you’re coming to Nightflyers for the first time.

Nightflyers is a ‘popcorn’ read: it’s cinematic, with a plot driven by intrigue, suspense and action rather than significant themes. The pace picks up in the second half of the book, becoming quite a compulsive read towards the end, i.e., as the characters are bumped off one by one.

As a consequence, it sacrifices dialogue (which is overly theatrical) and a sense of the believable. The characters are enjoyable, if a little stock – particularly the descriptions of the women. The names are imaginative, though it’s helpful that Martin often references them by their characteristics or crew role.