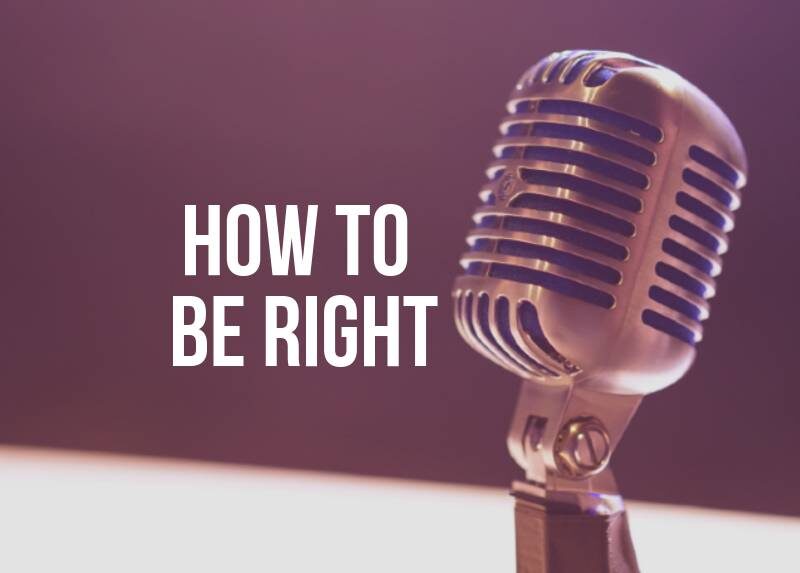 How to be Right catalogues the rise of fear, fake news and prejudice, but offers reasons to stay calm in an increasingly angry world.

Journalist James O’Brien has plenty of material to draw on in his compendium of everyday prejudice: much of the book revisits call-ins to his LBC radio show.

Given the nature of talk radio this involves lots of folk who don’t like foreigners, homosexuals or feminists – but who dress their prejudice as some kind of moral hand-wringing.

One caller says selling gender neutral clothes is deeply troubling. Another claims waitresses pawed and clawed at a charity dinner had it coming.

Mostly, however, they spout fact-free beliefs picked up from agenda-driven news outlets and social media. O’Brien shows how these fall apart under even the lightest scrutiny:

“James: But how are your values being eroded?
Andy: This isn’t a Christian country anymore.
James: Do you go to church, Andy?
Andy: No.”

This doesn’t mean the holders of such beliefs hang-up having seen the ‘error of their ways’. In fact, many don’t.

The book’s title suggests a kind of manual, which it may be for some readers. But it’s perhaps more about O’Brien’s personal philosophy – which isn’t about belittling opinions so much as exploring why people think the way they do.

How to be Right is a commentary on modern times, and yet its biggest achievement is countering extremism and hatred with something very like humanist patience.

Spotlight (2015) explained: a conspiracy of silence

Rebecca (1940) explained: the ghost, the devil and Mrs Danvers