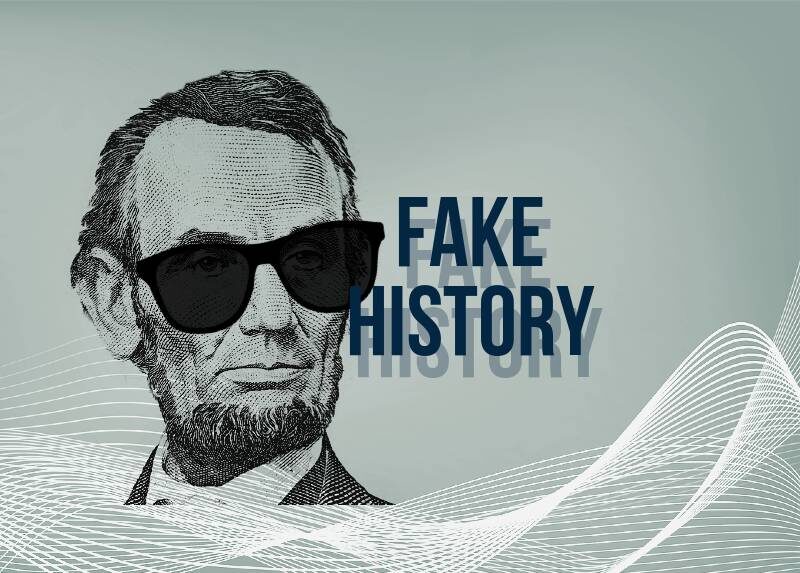 From the Aztecs to the evolution of curry, Otto English pulls back the curtain on the past to reveal why we love a bit of fake history.

When comedian Stephen Fry won a VIP edition of BBC quiz show Mastermind in 2004, he remarked how fitting it was for the trophy to be qualified by the word “Celebrity”.

Like celebrity, fake tells the story of us. “Fake news”, Donald Trump spluttered into his presidential covfefe in 2017 – and a meme was born.

From social media to political discourse, much about the digital era feels filtered, Photoshopped or otherwise manipulated. Yet, strip away the technology, and such strategic falsehood is as old as time.

Adolf Hitler used to tell a cracking yarn about meeting a British soldier on the battlefield in September 1918. At the last second that soldier, 27-year-old Henry Tandey, refused to fire – inadvertently sparing the life of the man who would go on to murder millions.

Like countless other factoids, we essentially will them into existence, then buy into the performance. This is the setting for journalist Otto English’s book Fake History. In it, he presents further morsels of fraud, and suggests why they’re both compelling and ubiquitous.

Was Genghis Khan a bloodthirsty barbarian? Actually, English argues, the myth is part racist trope, part self-spun lie: “[the Mongols’] greatest weapon of all was their terrifying reputation”.

Evidently, some leaders use fake news like any other weapon of war. But our collusion plays a role, too.

The cult of war, particularly WWII and Churchill’s persona, looms large in Fake History. Like other strains of exceptionalism, we buy into such myths for complex reasons – but essentially, it’s nice to believe we’re special, sacred or in someway blessed by the gods.

That includes parachute expert Franz Reichelt, who in fact knew nothing substantial about parachutes in 1912 when he leapt with one from the Eiffel Tower and, three seconds later, was dead.

The other problem is the way the loudest voices continue to misshape our view of the past:

“the ‘dominant narrative’ of history has, for the last thousand years at least, been dictated by ‘the dominant people’ and that means that it has been written by white males, about white males, for white males.”

Arguably this should at least be qualified by class or wealth. Along with the working classes, there are very few women in Fake History. Both have been written out or excluded from public record.

So too are the achievements and even existence of people of colour. World War II involved other countries than Britain and the US (the clue’s in the name). Yet the role of the Indian Army often goes unspoken – despite contributing 2.5m troops.

Reading about such buried history is fascinating, shocking – perhaps even insulting to those who feel self or nation is at risk from such ‘revision’.

Thus discovering the Aztecs had a hand in their own downfall isn’t so unsettling if their lives seem quite unconnected to your own. Lincoln’s and Churchill’s vacillating positions on race and freedom offers more of a kick.

Alas, there’s no simple fix for fakery – it’s endemic. Perhaps it’s even partly what makes us ‘us’ … and, occasionally, deranged despots.

Ditching fake history risks being revealed as less than you say you are. And perhaps without a bit of Dunning-Kruger and clickbait, public conversation would wither away. After all, we love a good story – even when it’s too good to be true.

In the end, it’s not those who forget history who risk repeating it, but those who treat it as forged – and frozen – by winners and mad men.

Fake History: Ten Great Lies and How They Shaped the World, by Otto English