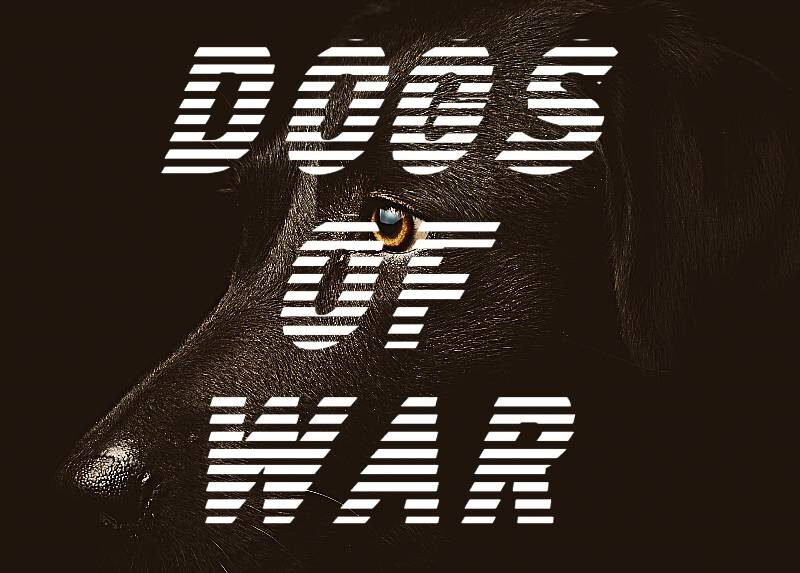 All dogs go to heaven – but bad guys can go to hell in Tchaikovsky’s sci-fi tale of war, warriors and the rise of the machines.

Dogs of War is a Sci-Fi novel told (mostly) by Rex. Rex is a good dog. He’s also a 7-foot tall bioform: part machine, part animal, and more than a little human in outlook.

The bioforms were bred as killing machines. But as his AI abilities increase Rex breaks free of his coding and learns to think for himself. Unfortunately, the world he must now navigate is dangerous, unfair and out to destroy whatever it can’t control.

Is Dogs of War a classic?

There are good signs this is a future classic. Rex is one of them, with a voice and internal monologue reminiscent of Charlie in Daniel Keyes’ Flowers for Algernon.

The book touches on big themes, including War, freedom, Big Tech and human/animal rights. But it’s also an easy read (with some violent action sequences).

“Master tells me I can attack. Master hopes I do well. I want very much to make Master proud of me.”

Tchaikovsky spells out more than is always necessary, though at least you know exactly where the bioforms stand on war, capitalism and doing the right thing.

In the meantime, there’s much that chimes with other SF and literary classics. One of the most obvious is the 2011 Planet of the Apes reboot (i.e., animal sentience Vs human fear). There’s also a connection with Fahrenheit 451, which of course has its own murderous ‘mechanical hound’.

Dogs of War, by Adrian Tchaikovsky