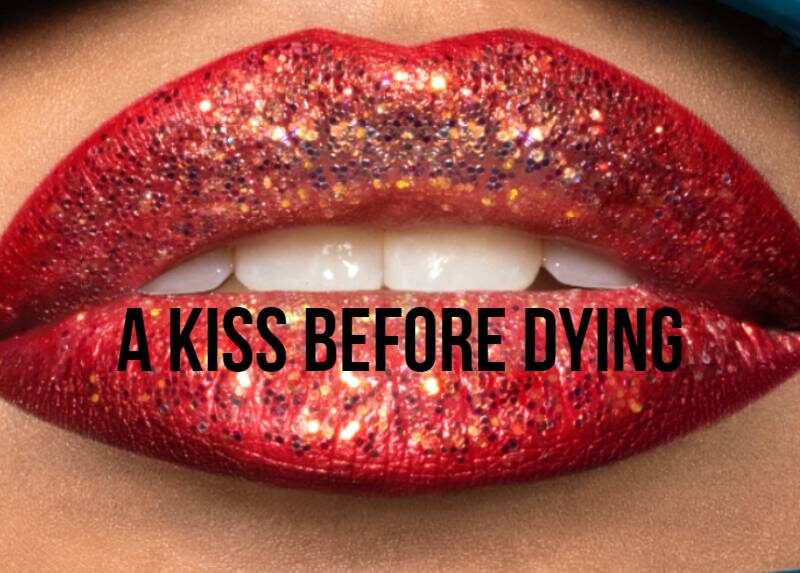 Boy meets girl but falls in love with her bank account in Ira Levin’s first novel, a Kiss Before Dying.

Like Levin’s The Stepford Wives and Rosemary’s Baby, A Kiss before Dying (1953) is about women in peril. Here it’s rich-but-loveless Dorothy Kingship, then later her sisters Ellen and Marion.

The Kingship sisters are a new breed of women growing up in 1950s America with all the trappings of independence, yet still tied to family and social expectations.

Most obviously, sex and pregnancy outside marriage is a big no-no. There are also broader expectations about good girls versus good-time girls.

The book’s broader message asks (or implies?) that women who break boundaries can expect dire consequences – from pregnancy to murder.

And, as the Stepford wives and Rosemary Woodhouse (Rosemary’s Baby) learn, there’s no easy resolution or agency for women in a man’s world.

A kiss Before Dying is short, salacious and very readable, with the pace picking up considerably after a measured start:

“She ran clatteringly down the metal steps, her heels ringing, clutching at the bannister and swinging round the turn at each landing and before she had gone two and a half flights she heard him thundering after her…”

Despite the novel’s age, it’s a very cinematic book, with Levin helping to lay the foundations of modern suspense movies (A Kiss Before Dying was also adapted for screen, most recently in 1991).

One standout technique is the way Levin cleverly doesn’t name the villain early in the book – in a very natural way – leaving room for major twists and tension later on.

A Kiss Before Dying, by Ira Levin

And Then There Were None, by Agatha Christie

The Fear Bubble, by Ant Middleton